Nancy Thompson in ‘A Nightmare on Elm Street’: I’m Into Survival

Nancy Thompson is the “final girl” in A Nightmare on Elm Street, a sweet (and yes, virginal) girl who enjoys spending time with her boyfriend and her best friend Tina. However, s**t hits the fan when the group discovers that mommy and daddy dearest fried the terrible child murderer Freddy Kruger  and his evil soul has returned to claim the remaining children by killing them inside their dreams. Harsh. 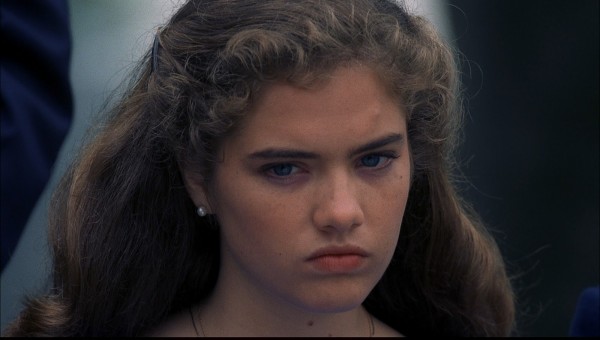 A Nightmare on Elm Street, directed by Wes Craven in 1984, may be my favorite horror film and is definitely the film that catapulted me into the horror genre. Believe it or not when I was just a youngin’ in middle school I was too afraid to even watch Scream (coincidentally also a film directed by Wes Craven). However, one fateful day while visiting my cousin, I found a VHS copy of A Nightmare on Elm Street and I plunged into the dark and gruesome world that is the horror genre. And let me say – I like what I found.

Now, those of you privy to the more “mainstream/hollywood” films of 2012 know that most of the female characters, never mind the leads, are “conventionally” beautiful. However, actress Heather Langenkamp shines on screen as Nancy Thompson – the cute, not overly feminine, girl next door. She is easily relatable to most and she relies on her intelligence and cunning to survive and doesn’t run around topless and screaming. 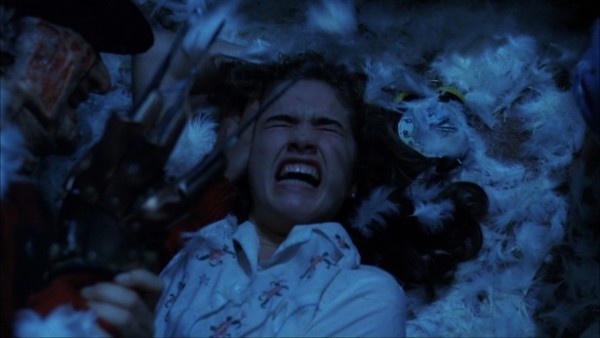 Yes, people – smart women are very attractive. Nancy Thompson in A Nightmare on Elm Street shows us that women don’t have to adhere to social stereotypes of beauty to be successful or powerful. Sex appeal isn’t the only weapon accessible to women and I think this fact needs to be reinforced, especially in today’s society filled with plastic surgery and crash diets.

A Nightmare on Elm Street pits Nancy first against everyone around her who simply dismisses her as crazy and, second, against a larger than life villain who uses everything in the environment to manipulate, terrorize and confuse the heroine. And she holds her own without the aid of a man.

However, yes – Nancy does have a boyfriend (played by newcomer-at-the-time Johnny Depp – You’re welcome) and while he does share some helpful advice:

“Nancy: [Referring to the Balinese way of dreaming] But what if they meet a monster in their dreams, then what?

Glen: They turn their back on it. Take away its energy and it disappears.” 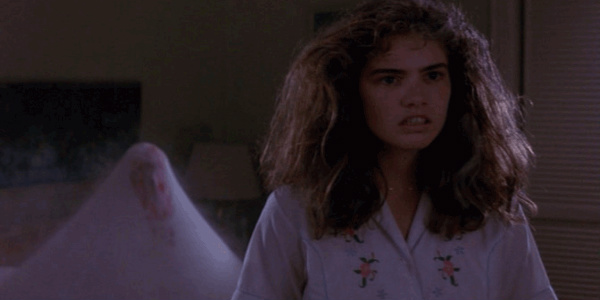 He ultimately meets his end leaving Nancy alone to handle everything on her own. Faced with utter heartbreak and loss, she is able to hold herself together, remain strong and seems to be the only person who is able to rationally handle everything that is happening around her, come up with a stable plan of action and dive in headfirst alone finally ending up face to face with Freddy himself, fearless, courageous and manless.

One of the final quotes Nancy makes in the movie hits a home run. With her back to Freddy Kruger, she announces that she is no longer afraid of him and is taking back all the power she has given him, thus leaving him to fade into nothing. Nancy, as a woman, is able to show that she is in fact capable of wielding power and isn’t at the mercy of any man. She constructs herself as powerful, female and courageous and leaves the “strong” male weak, defenseless and pitiful. Nancy Thompson shows that men don’t have to have all the control and that women are capable of being in control.

Now, it needs to be said that every film in the A Nightmare on Elm Street series (WITH the exception of the second…which I didn’t like) has a female with power, making the series one of my favorites and I definitely recommend it to anyone who has managed to somehow not see it.