Netflix’s ‘Daredevil’ gives the devil his due 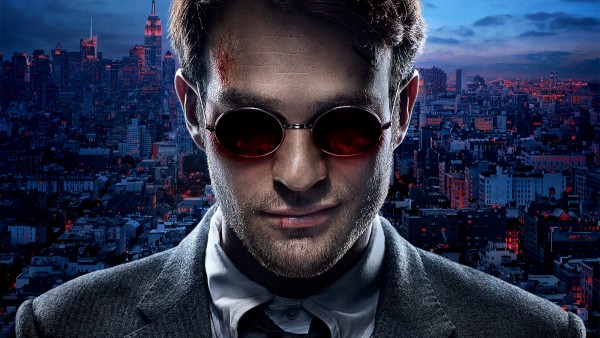 As often as I decry the way Daredevil’s blindness is virtually negated in the comics (i.e., he might as well not be blind), one would think I hated the comics and wanted nothing to do with them.  In reality, despite that one specific annoyance, Daredevil  is always in my comic book pull list.

For this reason, over the past weekend I watched the new Netflix series with equal parts suspicion and excitement.  I am happy to say that my suspicions were not substantiated and I greatly enjoyed the series.  The following review is my best attempt at keeping everything as spoiler-free as possible so those who have not seen the show yet may want to read selectively.

Backstory: Even if you have not read a single Daredevil  comic, most people who watch the show will go into it at least knowing that Daredevil is blind.  The accident that causes Matt’s blindness is shown, but the total runtime of that exposition is a whopping five minutes or so.  More time is devoted to Matt kicking ass than slogging through the accident and the repercussions. 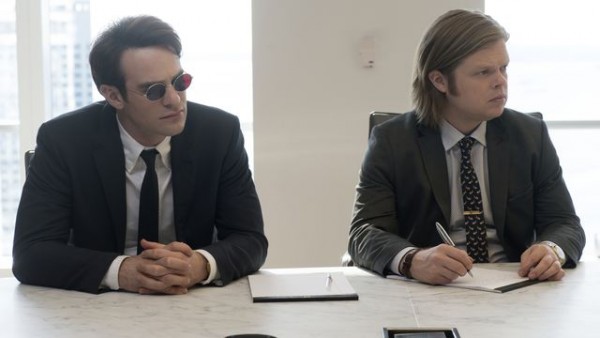 Matt and Foggy: Since it has been so integral to the comics since the beginning of Daredevil, the bromance between Matt Murdock and his heterosexual life partner Foggy Nelson is integral to the story.  Those moments are funny and touching at the same time, but are not frequent enough that the two are campy or turn the show into a buddy-cop series.

Catholicism:Without wanting to start some type of religious debate, it is obvious that Catholicism has a significant influence throughout the show.  As heavy as that sounds, Matt’s religious preference can also be the source of self-deprecating humor that often comes after tense or emotional scenes.  The show is rife with allegories of biblical figures and stories, and the priest Matt frequents will easily become a favorite character.

Technology and Matt’s Blindness: I was very pleased with the show’s method of showing that even though Matt has superpowers, he still has limitations.  Like the comics, Matt is unable to “see” anything on a screen (such as a TV, computer, or smartphone) so he uses various assistive technologies that are important to blind and visually impaired individuals.  His alarm clock and phone ‘talk’ and Matt uses a braille display and headphones to browse the Internet. There are even moments Matt manages to use the fact that Foggy can’t read braille to his advantage.  Charlie Cox does a very commendable and respectful job portraying Matt as a blind individual. (Note: Although, somewhat ironically, the show started out not being accessible to blind and low-vision viewers, Netflix has promptly addressed this by adding descriptive audio tracks.) 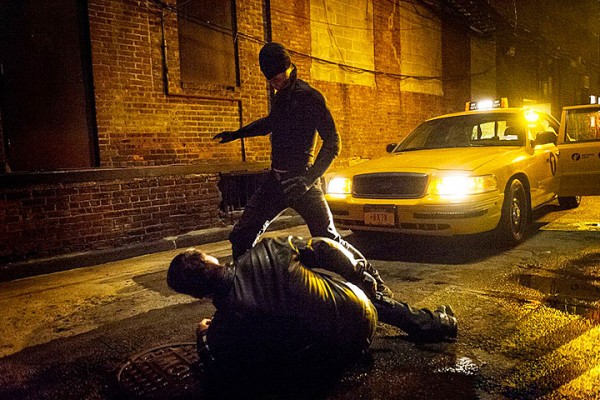 Kick All the Ass: Every episode has at least one epic fight scene and the coordination of those fights is tremendous.

Wilson Fisk: There may be some disagreement with this next statement (and if so, please let me know in the comments!) but Wilson Fisk is one of the best characters in the show.  Often in comics the villain is just the villain of the week, forgettable and flat.  But in the Netflix series, Fisk has the more interesting story.  You actually want to like him for a few minutes only to have that idea shattered after he brutally beats someone to death.  He has some moments that are a little Shakespearean and over the top, but unlike many comic books and their cinematic counterparts Fisk is a dynamic character that is equally heartbreaking and vicious.

Lighting: It must be said, one of the biggest peeves throughout the series is the lighting.  Often the screen is too dark to see some of the fight scenes, so be sure you know how to brighten your screen before watching.

Damsel in Distress: Hopefully this doesn’t give too much away, but one character gets jumped in multiple episodes and that becomes a little redundant by the finale.

Forced Dialogue: Probably the most guilty of this is Foggy, especially in the beginning.  Foggy tends to be a little on the awkward side when compared to Matt, but the scenes in which Foggy is being awkward are stilted.  The dialogue is forced and unnatural at times, and some lines will make you cringe.

The Armor:Daredevil’s armor looks like the Flash and Ant-Man had an unholy union and the armor was the result.

Daredevil is truly worth watching, whether you do so in a weekend or spread the episodes out.  It has moments that are cheesy and can drag at times, and it may not be appropriate for ages 13 and under, but it manages to be exciting and thoughtful throughout each episode.  Season 2 is a long way away, and if Daredevil is this good I can’t wait to see what happens next in the Marvel Cinematic Universe.