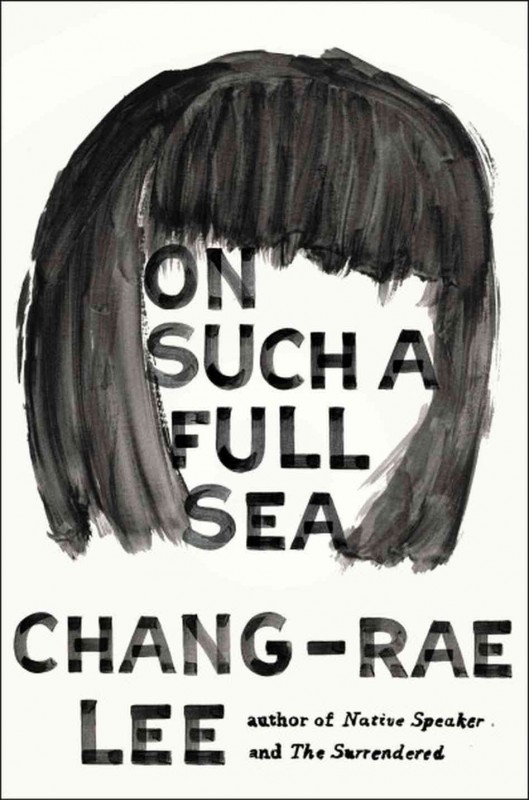 Chang-Rae Lee’s third book, On Such a Full Sea, can be firmly labeled as a dystopian novel that describes a rigidly stratified society, cast between the anarchistic “open colonies”, closed working-class compounds, and the Elysian “Charter” towns.

The story begins with two lovers, Fan and Reg in the working-class town of B-Mor (né Baltimore), which had been resettled and repurposed in the imagined past by Chinese immigrants following an ecological disaster in the homeland. When Reg mysteriously disappears, Fan chooses to step outside the walls of her society into the wilds of the open colonies on a quest to find him. The book follows her meandering path, which ultimately leads her into the elite Charter world experience.

But I don’t want to dissect the dystopian elements of the novel, which are elegantly described in this Newsweek article by Alexander Nazaryn about similarly themed recently published books. I also don’t want to talk about the societal themes of poor ecological stewardship, the ills of rampant consumerism, the feed-forward cascade of overly invasive medicine, or the alienation of the Chinese-American experience. These are all present, but to focus on them is to place On Such a Full Sea into a much smaller box than it deserves. The full message contained within Fan’s journey is not only the stark wintery warnings of the dystopian genre, but the spring-like hope of how to find a better path.

Lee chooses to tell of Fan’s quest in the first-person plural voice from one citizen of B-Mor to another. The reader is immediately drawn up into an intimate conversation with the narrator and we imagine the story being told to us over drinks, or perhaps during a long walk. We find ourselves co-opting the B-Mor perspectives and nodding slowly in agreement with the chronicler’s assertions of how Fan’s heroism has irrevocably altered B-Mor society. And, eventually, we realize the import of Fan’s final statement to B-Mor, “Where you are.”

Lee’s world is driven by obdurate plans that are followed with adamantine rigidity towards a shimmering but indefinable goal of “perfection.”  By contrast, Fan’s quest is simple—to find and be with Reg—but her path is the antipode of certainty. Her faith is in the flow of her convictions, that they will carry her to where she needs to be and that kicking against the present is counterproductive. Fan shows us that the only way to the future is to fully and truly be in the present, “Where you are.”

Having learned from Fan’s journey, we are, at the end, urged by the narrator to let her go and find our own path:

“Don’t hurry Fan.
Stay put for now.
We’ll find a way.
You need not come back for us.”
Share