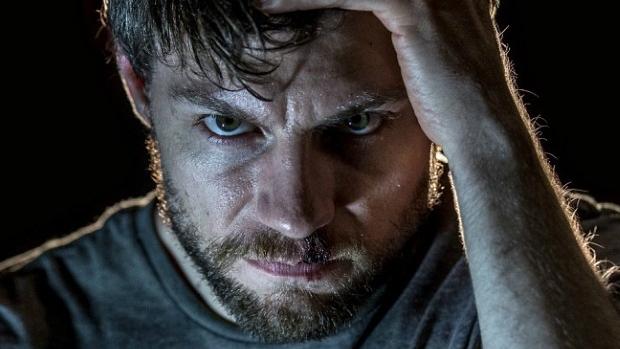 The Outcast TV show is Walking Dead creator Robert Kirkman’s latest comic-to-television creation. It’s particularly disturbing because while everyone may not believe in God, for some reason it’s easier to believe in the other stuff, because it’s damn scary and sometimes one feels fear more than faith.

You know, God used to be a lot scarier. Look at the Old Testament; if you blasphemed or even glanced at the statue of another god – whoosh! Pillar of fire! It wasn’t until the New Testament and the concept of actually being nice to each other came about that God lost some his intimidation and people actually had time to think for themselves.

I just find it interesting that in the progression of Christianity, God became less fearful … but his counterpart didn’t.

That’s the idea that Kirkman taps into in this show. Demonic influence reigns unabated and unafraid of God’s authority in the sleepy little town of Rome, West Virginia. Yet it is the town’s layman preacher who seems to sense what’s going on but also lacks any ability to affect it.

Does God care? If He doesn’t, then not only does that reinforce the atheistic notion that we are indeed alone and vulnerable to the unseen forces in the world, but it also shows believers that faith is useless. If He does, then why doesn’t He do something about the force that threatens this town?

Kyle (Patrick Fugit) is an unknown character when we are first introduced to him. Like in the comic, this is the starting point for the show. We learn that he is haunted by his past, and like the rest of us, we can’t help our pasts but can only deal with the after-effects. In this case, Kyle has to deal with the fact that his mother was possessed by some unknown force and somehow he survived. Not knowing how he survived lends to the mystery … which is part of the draw to this show.

Kirkman knew what he was doing when he put The Walking Dead together. The main message in that book (and the show) was that humanity is its own worst enemy, regardless of how the undead came to be. It’s people that can be the most terrifying.

But Outcast – and the comic that inspired it – is the opposite. It’s not just the supernatural fear that hides in the shadows of the scenes, it’s the fact that somehow, a regular person has the power to thwart that evil. The local preacher – Reverend Anderson (Philip Glenister) thinks he knows something of the evil that threatens his flock, but he has no clue how to stop it. All he knows is that Kyle has a capacity he doesn’t understand, because it isn’t God behind it, but it’s obvious and apparent.

In this show there’s an apparent danger that God’s servant, with all the faith in the world, isn’t able to defeat this evil, yet this layman has the ability to ward it off. Kirkman is threatening the foundation of faith with this repudiation of faith and that truly frightens me. 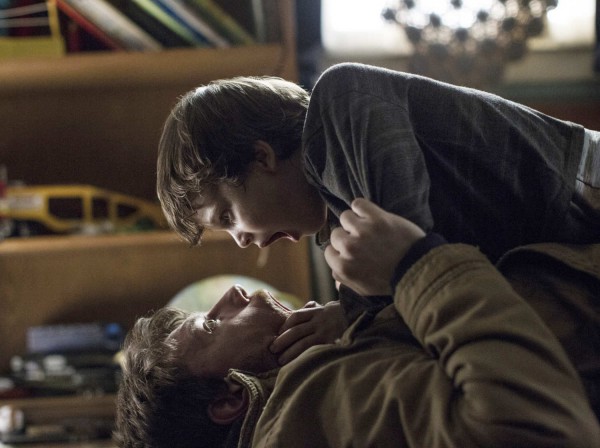 Not that I’m overly religious, but I think in this day and age where we are used to seeing characters of faith in literature having the power to ward off the supernatural, is unsettling on both a literary and a subliminal level.

It promises a lot. The first few episodes have definitely mirrored the development of the comic so far, which is not a bad thing in my book. The comic is amazing and the casting is spot-on when it comes to transferring these grim and intense characters to the small screen. Fugit is a carbon copy of the character created by Kirkman. Glenister is a gritty realization of the hardbitten Anderson and Star Trek veteran, Brent Spiner gives us a creepy presentation of Sydney, the ‘man in black’.

There are mysteries and in the face of the unknown, it’s faith that gives us courage to persevere through them; it’s our only defence against the things we don’t understand.

Outcast is a show that taps into that primal vein of fearing what we don’t understand. Clearly designed to draw the viewer in, the camera work replicates the comic art perfectly. With a primary dependence on close up shots for character expression and to demonstrate the demonic influence, we get a very intimate relationship with the cast. On a visceral level, we feel what they feel or react to what they observe in the same way. It’s a very sympathetic show and because of that relationship, the fear is intensified.

The kernel of faith is hope. From the seed of hope, faith can begin to germinate. Sure enough, this hope comes in the form of a hero. Kyle Barnes (Patrick Fugit) is our hero who somehow has the ability to detect and ward off these demonic invaders. Recruited by local preacher, Reverend Anderson (Philip Glenister), he begins to feel some sort of an obligation to protect the denizens of the small town where he was born, despite his own experiences as the victim of domestic abuse by a possessed mother and the town’s seeming reluctance to aid him. Yet, from this, hope is born.

It’s a discovery process, as we determine what Kyle can and can’t do in the face of this mysterious force. Is it truly demonic? If so, then what is Kyle’s connection to it? There are a lot of questions that arise from watching this show, yet the act of asking questions keeps the viewer hooked into watching more and more until the story begins to unfold in a satisfying sense of discovery.

Even though faith is shaken by the overwhelming fear the Outcast TV show suggests, what is entirely relieving is that this sense of hope, and as hope is planted, faith grows. Eventually, faith gets to the point where confidence becomes armour and the ability to ward off unspeakable fear becomes a weapon.

It’s an amazing process of development as you watch this show. Not simply from a plot perspective but as you being to realize the sense of transition in yourself as you watch it. Faith eventually overcomes all and what a lesson this is to us in the dark times that we are in.

It’s very easy to succumb to fear, but Kirkman is teaching us that if we persevere and find hope, then eventually our faith can find us again and we can rise up against the fear and overcome.

How gratifying. I’ve never been so pleased to be scared in my life.