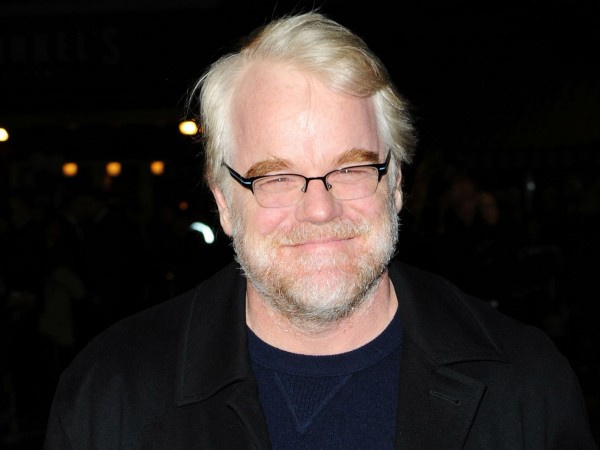 We’ve lost another talented and beloved person due to addiction.  Seriously, enough is enough.  Philip Seymour Hoffman passed away Sunday, Feb. 2, in his NYC apartment due to an apparent overdose, according to the New York Daily News. Now that he’s gone, in a tragic and completely avoidable way, everyone will be highlighting his accomplishments and what a great guy he was.

I loved him in Pirate Radio.  Seriously, I think I kind of crushed on him for that performance alone.  The pot smoking playboy who was passionate about rock-n-roll was an underappreciated performance, in my opinion. We’ve watched him kill it in The Hunger Games, The Talented Mr. Ripley, and Boogie Nights. Nevertheless, he will forever be remembered as a talented man who overdosed on drugs and died alone in his apartment.

I am so sick of this particular story.

I’m writing now to all of the talented and indulgent Hollywood types:  what the hell is wrong with you? The Gods blessed you all with talent, with beauty, with success, and with every resource on this planet to help you NOT die from a f**king drug overdose.   Stop for a minute and take a look at the people around you. Are they there to help you? Where the f**k were the people who were looking out for Hoffman?

I get it, addiction sucks. But you know what?  Regular people (those without agents, assistants, and managers) must go at the addiction battle alone.  That s**t is rough.  I’ve watched friends deal with it. You guys have a virtual army of people who literally work for you! Will they really try to help you?

In all honesty, I blame the people around the talent as well as Mr. Hoffman himself.  You were so hungry for your connection to a celebrity that you were willing to set aside your own moral responsibility for personal gain. You’re cowards. At what point is it a no-no to alert the boss they might die?  At what point do you cash your paycheck and think, “Meh…he might die of an overdose, but hey…I get to go shopping!” and really think everything is okay?

Because of you, Mr. Hoffman’s family is in mourning. His three children will be without their father. His fans lost someone of whom we dearly loved.  His friends will miss him every day. Tears are falling down the faces of people who loved him in different ways because you wouldn’t tell him no.

Am I unfairly blaming his staff for his death?  Probably. However…who else knew everything about this guy if not his personal assistant, managers and agents?  Someone who’s every waking moment is responsible for a celebrity’s well-being and daily schedule should know if drugs were a problem. Someone had to get them for him. He died with the needle in his arm after shooting up heroine. Did he score that stuff on his own? If you believe he did, you’re not living in reality. But hey…I’m sure there was money in it for someone.

We can’t claim we, as a society, are unaware of the troubles that plague celebrities.  We can’t claim we’re not responsible for some of them either.  Their level of stress and general distrust must run very deep.  They don’t have a regular life and our ridiculous obsession with their every move has to create an atmosphere of paranoia. We aren’t ignorant to the problem.  Hell, there’re television shows about celebrities in rehab, for crying out loud!  We’re turning a blind eye to the needs of people of whom we’ve placed on a pedestal. Maybe claiming ignorance would have flown thirty or forty years ago but not now. This celebrity culture we live in is dysfunctional and it is costing us dearly.

But mostly….all of the agents, managers, and personal assistants need to start speaking up and stop enabling.  I’m so sad you’re gone, Mr. Hoffman. I’ll miss your ability to delight and surprise me in every project you worked on. I’m sad but I’m angry too. I’m so sick of this happening. It’s such a waste.

Mel Massey is the author of The Earth's Magick Series (Solstice Publishing). She's a political junky and a professional smartass. Mel can be found tweeting nonsense or having hilarious discussions with readers on Facebook. Occasionally, she leaves those particular vices and writes about magick, witches, monsters and all the lovely dark things lurking in the shadows. Visit www.melmassey.com for more details.