Preview: An English translation of the first look at ‘Avengers: Electric Rain’ 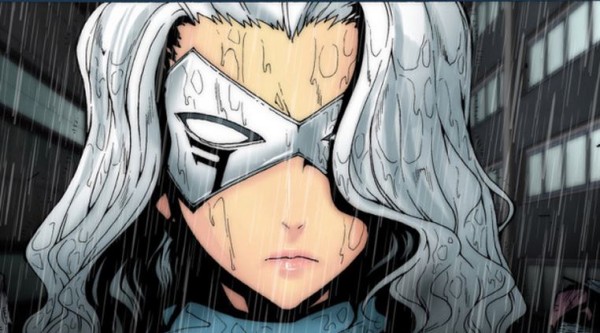 One of our previous posts mentioned that Marvel and the Korean web portal Daum has announced a partnership that would culminate in an exclusive Avengers webcomic set in Korea called Avengers: Electric Rain. It will be written and drawn by one of the most popular webcomic writer-illustrators at Daum, Yeong-Hoon Goh. Goh is well known for webcomics (or webtoons as they’re known in Korea) like Dokkaebi , Can’t see, Can’t hear, but Love, and his biggest hit to date, Trace. Goh also has a channel at Tapastic, an online webcomic host for English comics that is supported by Daum.

The new comic brings the Avengers to Korea, in an all-new story not only penned and illustrated by Goh, but also sees the introduction of an all-new Korean heroine named White Fox. A preview of the weekly webcomic, set to begin running on Oct. 10, 2014, was also recently released.

Given that we thought there’d be plenty of non-Korean reading Marvel geeks out there who’d be curious about this project, we’ve decided to do a quick English translation of the teaser. It is not yet known whether the webcomic will be made available in English officially, but since Daum is a supporter of Tapastic and since Goh is a user on it, it’s not an impossibility. In any case, here you go.

Kyle Simons is a student at Kyunghee University in South Korea studying Korean education. He's been reading comics since he was capable of doing so and has been trying to spread his love of the medium wherever he goes. He plays tabletop roleplaying games whenever possible and sometimes even ends up publishing his own.