‘Regression’ will make you remember to fear the past 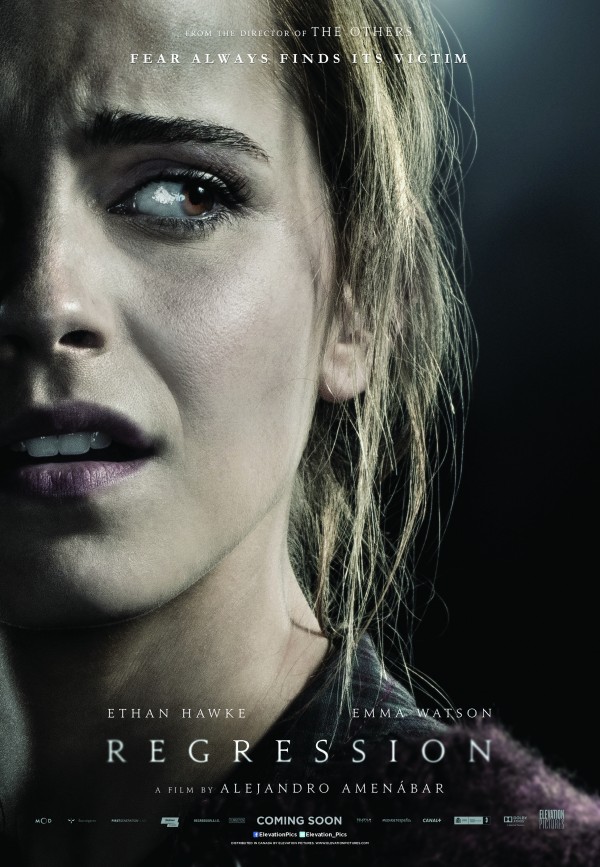 I have always been interested in seeing the way a storyteller crafts fear; the way it is customized in order to achieve the maximum amount of discomfort and terror. In a lot of successful cases, the creator will use relatable elements from childhood or growing up. That’s why seemingly harmless clowns can be downright chilling.

Everyone has scary shadows in their past and Regression is a film that reminds us of this notion. It’s a story that looks at these tangible elements of fear and makes us consider confronting shadows from out of our own pasts. A Spanish/Canadian co-production with an impressive international cast, Regression has all the components of a powerful psychological thriller that manages to tap into those parts of the psyche responsible for our sense of security, development and even religion is no comfort but simply another thing to fear.

Directed by Alejandro Amenabar, (The Others, The Sea Inside), Regression is a story of a 1990’s Minnesota investigation by troubled detective, Bruce Kenner (Ethan Hawke) of young Angela Gray (Emma Watson) who accuses her father of the worst crime a child can accuse her father of. When her father (David Dencik) admits to his guilt but with no recollection of the incidents, psychologist, D. Raines (David Thewlis) is brought into the investigation to subject Gray’s father to relive his memories in an attempt to solve what becomes a horrifying mystery.

Oscar nominee Ethan Hawke (Training Day, Gattaca, Boyhood) promises a gritty and detailed performance of an obsessive and troubled investigator who is wrestling with his own fears as he tries to unravel the threads of this disturbing mystery. Parental abuse is a chilling topic in itself that threatens the very secure notion of childhood, but when the occult and satanic ritualism reveal themselves to be also a part of the investigation, then Detective Kenner is drawn deeper and deeper into the victim’s horrifying past and her own fears. 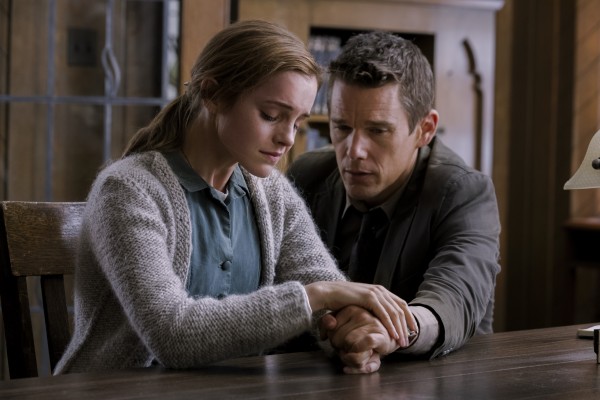 Emma Watson (Harry Potter, Noah, This is the End) is the victim – Angela Gray. She manages to admit that her father has been abusing her, but then it becomes apparent that there is more to the story than just her father’s alleged involvement. The entire town has a shadowy past that hides all sorts of terrors, however, and Watson presents herself as the epitomic vulnerable daughter who evokes the need to be protected from these monsters in the dark.

The town is an unsettling place where the local institutions are no comfort. Even the church is no respite. The local clergyman, Reverend Beaumont (Lothaire Bluteau) is who Angela turns to, yet even he is a creepy and sinister-looking figure who instills fear and distrust. Local police officer, George Nesbitt played by Toronto-based actor, Aaron Ashmore, is implicated in the investigation as well which adds another layer of distrust and suspicion to the story.

In short, this is a film to keep an eye on. Released yesterday in select theatres and video-on-demand, it’s a story that uses the past to haunt us. We all have skeletons in our respective closets and there are secrets that we do our best to forget. That’s what gives this film so much promise: the fact that we can all relate to repressed fears.

More than the unknown, what we try to forget is the pure and uncut substance of fear, and Regression promises to be a film made out of this material.