REVIEW: ‘Half Truth’ is smart fun for the whole family while social distancing 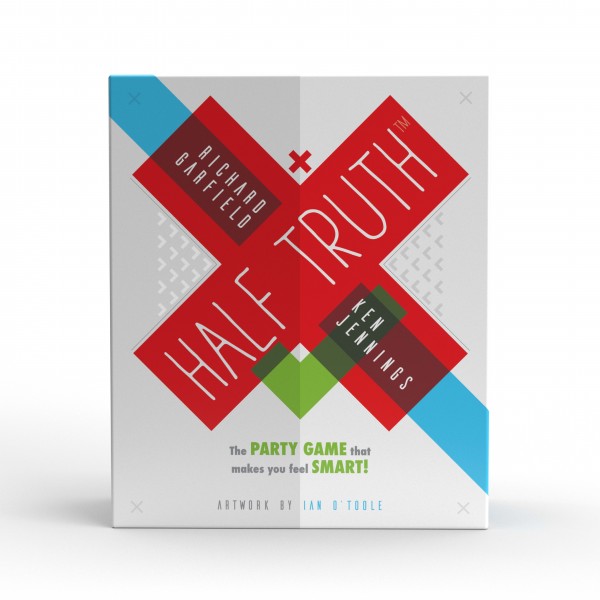 I’ve always been a trivia junkie. I played on a high school trivia team, I hover between boring my children and wife with my seemingly endless torrents of trivia-babble, and my competitive nature often gets the better of me when it comes down to the disputing of a known fact.

Which is why the latest board game to my closet of family-fun favourites, Half Truth is definitely something to share.

Half-Truth is a co-created effort on the part of Richard Garfield and Ken Jennings. If you don’t know either of these two creative brainboxes, then I’m afraid that you will have take two spaces back, go to jail and do not collect $200.

Ken Jennings is an all-time world record holder for the longest consecutive victories on Jeopardy. He has 74 back-to-back wins and has won over 5 million dollars in total from the show. This guy is indisputably the Trivia Champion of all time.

With these combined achievements behind them, you can expect any sort of collaboration to not only be high-quality but also an informed product of their accomplishments and experience.

That brings us to Half Truth.

Described as “the party game that makes you feel smart”, one can already tell that the aim of the game is to make the players feel more inclusive. Trivia is an exclusive skill. You either have an impossibly exhaustive collection of facts in your head or you don’t. That’s the allure of trivia contests to this sort of person: it’s a true test of what you don’t know. It’s also the reason why my wife and daughters avoid trivia contests with me.

However, Half Truth also allows players to use the intuitive side of their brains to arrive at the correct answer. So, for those who feel outgunned in trivia contests, there are alternate ways to win at this game that don’t require the absorption of a virtual encyclopedia’s worth of information. Also, combined with a wagering dimension to the game, a player also uses instinct and confidence to guide choices and determine a winning strategy.

The rules are relatively simple. I won’t get into the details of the rules – after all, that’s what the rule book is for! But after a quick ten minute read, I was able and ready to play the game. That’s another attractive factor: people don’t want to waste time deciphering a cacophony of cryptic clauses in order to play an evening’s worth of entertainment. I have a basic standard: the more complicated the rules are in playing a game, the less enjoyable it is. The reason for that is because of the loopholes. Competitive gamers can also be “rules-lawyers”. The more rules there are, the greater the interpretation and the less fun happens when players are arguing about the rules. 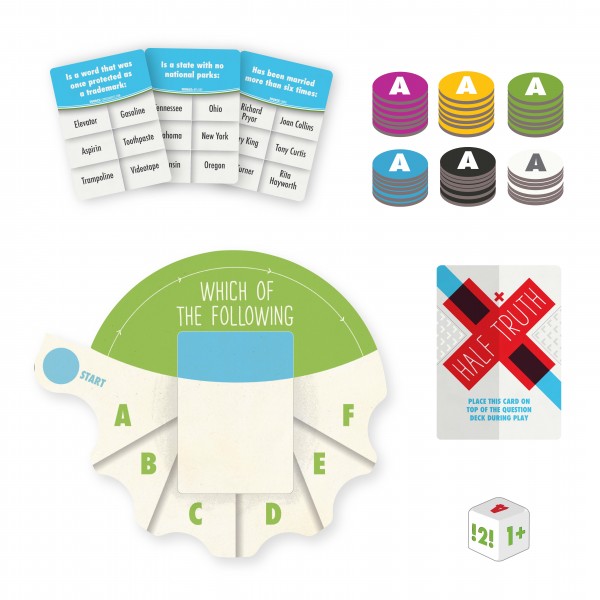 Well, that’s my experience. But, in this case, I was playing with my wife and my daughters (aged 14 and 8), and I’ve already indicated that they don’t like playing trivia games with me. But what was appealing about the game was that it allowed both of my children to access their own life experiences in the formation of their answers. My youngest had more insight into Anime-related and animal questions that I did. My oldest was more in tune with some aspects of current popular culture than I was (because, lets’ face it: I pretty much hate most music after 1990), and my wife was able to apply her brilliant grasp of common sense to some of the questions than I was.

Despite how egoistic this might sound, and that I might have had a wide array of historical, cultural and cool, geek culture knowledge in my favour, this was a game that actually evened the playing field. In essence, I felt like my kids and my accomplished wife had the opportunity to access skills in answering questions that didn’t rely on sheer bulk knowledge.

In fact, they won.

Okay, I’m not saying that they teamed up against me. My wife teamed up with my eight-year old and my teenager played solo, but it was remarkable how much my youngest had to offer into the playing of the game. 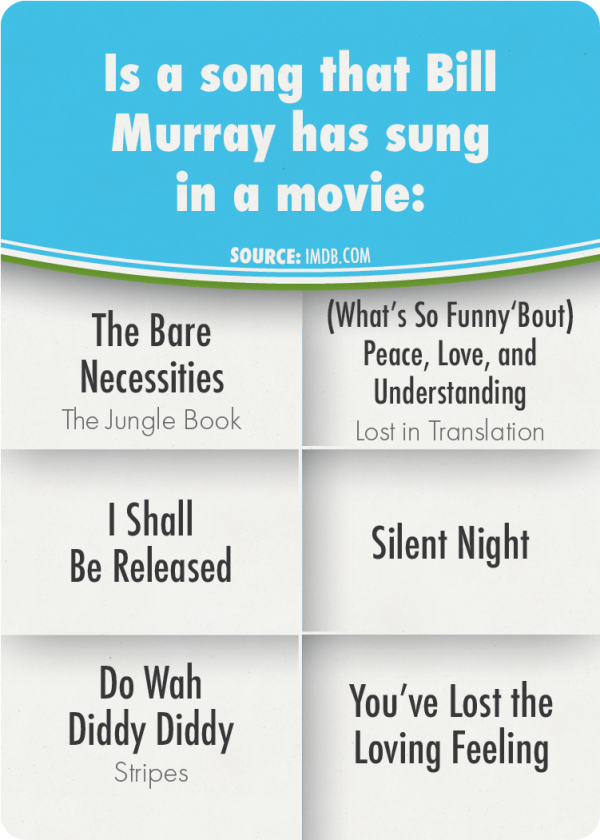 The fun was in the presentation of the questions and the way that my youngest applied herself to the betting. She betted on how confident that she felt about answering the question and the ability to participate in that process made for the entire family enjoyment. In fact, it really didn’t even matter how much any of us knew, or how correct we were; what mattered was the enjoyment of how much we wagered and how that turned into a family experience. We had fun.

Given the current global crisis, the need for families to connect with each other is so important. Half Truth has made that happen, it’s even managed to bridge the gap between trivia masters and embryonic trivia masters. I mean, I have a lot more years of experience than my girls – they can’t help that. This game helps to reinforce that measure. But it does reinforce their instincts as to what could be true, and as a teacher, I can tell you, anticipating and actively thinking about content and information is a major strategy in literacy development. Just because I have more experiential knowledge shouldn’t put my daughters at a disadvantage in reasoning.

During this time of imposed isolation, we’re all looking for ways to connect with each other as we wait for the pandemic to die down. Half Truth is an entertaining game. It has an easy play system, simple rules but enough tricks to make for a challenging evening of fun and sharing with the family. It’s very accessible and this was a night when my family actually managed to get the better of me in a game of trivia.

I guess I still managed to learn something new in the end.