REVIEW: ‘Namor: The Best Defense’ marks the return of The (original) Defenders 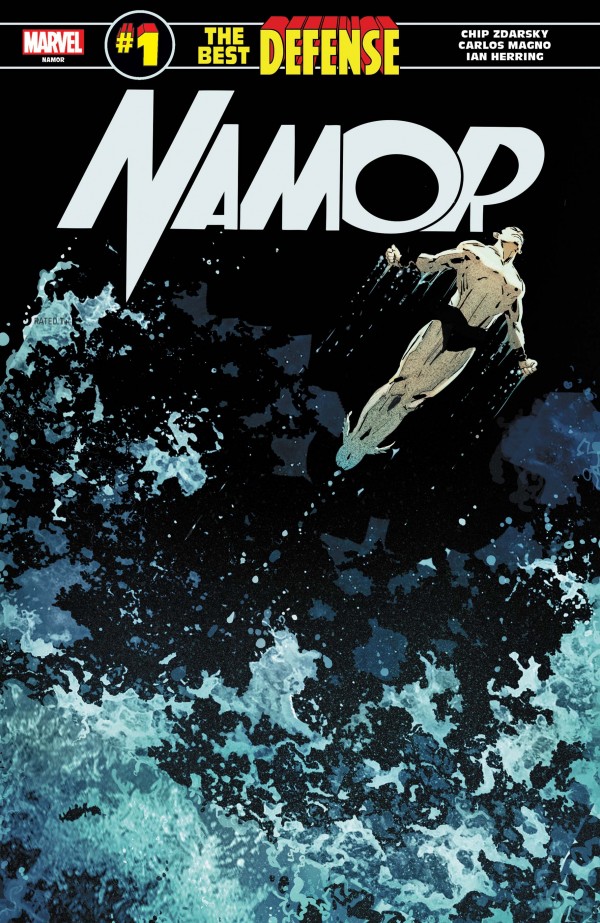 After the latest reiteration of The Defenders, with Netflix tie-in no less, it seemed that the only thing that the new Defenders and the old Defenders had in common was the name and the awesome 70s power font. The Bendis/Netflix Defenders were a gritty, street level crime fighting team, all about kicking ass, brooding and looking cool. It was popular, well-written and while not really my thing, kind of fun. It was not, however, The Defenders.

From its very beginning, The Defenders were a team, or non-team as they were often called, that were called into service to defend the earth from extraterrestrial, and inter-dimensional threats. Dr. Strange and the Sanctum Sanctorum was often the meeting point, and this Greenwich Village locale was about as close as they got to duking it out with thugs in Hell’s Kitchen. My introduction to the team was issue 101, with Silver Surfer on the cover calling for renewal. Not the usual super team rallying cry.

It turns out The Defenders were just coming off a huge battle against a demon horde called The Six-Fingered Hand. There was more to the story and I was hooked. I read a lot of team centered books and I always thought the Defenders took on the stuff that was just too weird for The Avengers or X-Men. It was my favorite Marvel team, but it wasn’t for everybody. There was a strange rebranding as The New Defenders, which weren’t very new, around issue #125.  The New Defenders only lasted until issue #152. There were subsequent attempts through the 1990s and 2000s to reintroduce the team, but nothing ever took. 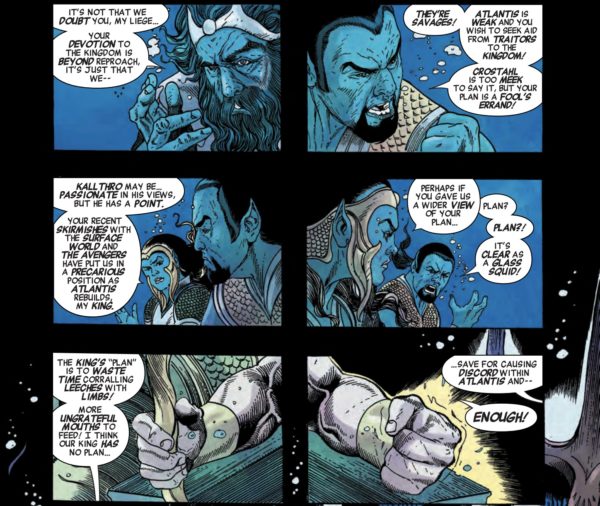 Now, like a progressive rock band from the 1970s, Marvel is trying to bring the original band together. Namor, Hulk, Silver Surfer and of course, Doctor Strange are going for the magic one more time. Four introductory issues will lead up to Defenders: The Best Defense, with Namor and Hulk (review coming soon) starting the story with Dr. Strange and Silver Surfer following next week.

Namor, the Sub-Mariner and King of Atlantis, finds his kingdom, and all of the sea at odds with the surface world. He is determined, even against his own advisors to find allies within the oceans to stand against the threat. Namor goes off to find a race of deep ocean dwellers, the Vodani, to convince them to come back to Atlantis and prepare to defend the oceans from the surface dwellers.

Unfortunately for Namor, his attempt at diplomacy fails. In part because he always seems to be arrogant. The Vodani have no desire to be part of Atlantis, impending doom or not. The Vodani and Namor clash and he takes the Vodani king, Okun, to the surface. It is not the surface, however. Namor realizes that he is no longer in the ocean depths, but has somehow been transported into space. Okun suffocates and Namor is about to, until he is rescued by the Silver Surfer.

It was enough to whet the appetite for the next parts of the story. How a team comes together is always a good, solid story. Bringing the original Defenders back together lets us know that the new series is going back to its roots. Namor (and the rest of the team) isn’t looking to clean up New York. He is looking to save the entire planet from an otherworldly threat. Though he doesn’t know it yet, he is joining forces to make up one of the most eclectic teams ever assembled in the Marvel Universe. After reading Namor: The Best Defense, I’m ready for the non-team to come fully back to action.