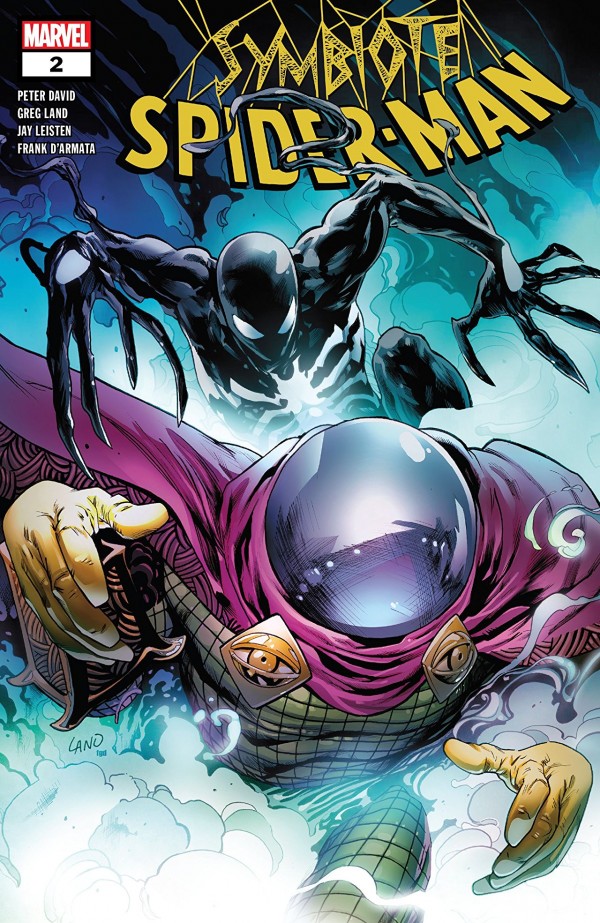 Nostalgia is a tricky thing. At its best, it offers warm feelings of times gone by. However, it can go overboard, from warm fuzzies to nauseousness. After the first two issues of the new limited series, Symbiote Spider-Man #2 crosses that line.

It isn’t a particularly bad comic, either. The artwork by Greg Land is strong and writing by Peter David is a good choice for a retro piece, but on a meta level it doesn’t really work. The first big question that comes up is, why? Was there a clamoring for a retro spidey story that I wasn’t aware of? It feels very much like Marvel is trying to capitalize on the popularity of the Venom film, but one doesn’t need to follow the other. The backstory of the costume is quite secondary to the Venom franchise. My guess is a person that has loved Venom for the last 5 or 10 years doesn’t need to hear about the Secret Wars of 1984. What’s more, the more recent Venom stories have altered the backstory to cut out the Secret War origin entirely. 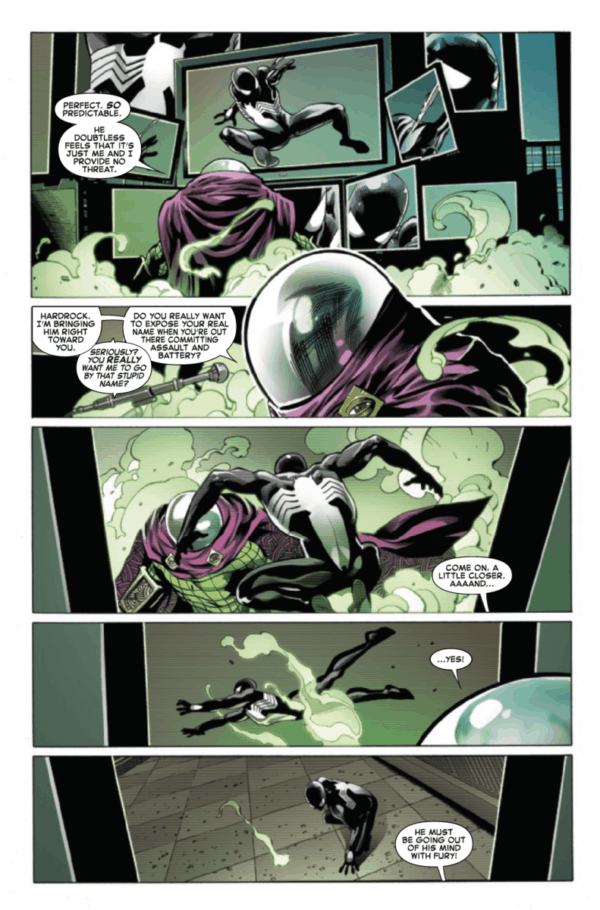 The other aspect of launching Symbiote that just doesn’t jibe is that Spider-Man has evolved a great deal in the last 35 years, give or take. Especially with the introduction of Miles Morales and the multiverse, trying to reintroduce a Spider-Man from decades ago seems pointless. It’s like a band not only playing its old songs, but deciding to dress and act like they did when they first started. Can you imagine the Rolling Stones (get well soon Mick!) playing their next tour in their outfits from the Tattoo You era? It’s always great to hear “Start Me Up,” but I don’t need to see Mick in a skin-tight v-neck again, like ever.

In the editorial postscript in issue #1, the creative team was very proud of working a story into the era, while being consistent with the continuity of the original work. It isn’t as impressive as you might think. Basically, it feels like a filler story arc, like when the main creative team takes a hiatus. A new team jumps in and tells a self-contained story and the regular plot line gets resumed in a couple of months. Stepping out of cannon can be intriguing. I’m eagerly awaiting Scott Snyder’s and Greg Capullo’s Last Knight on Earth. It promises to push some boundaries and contain a few surprises. Going back to a limited era of a character, like Symbiote does, does none of this: no risk, no surprise and very little reward.