REVIEW: ‘The Beast of the Stapletons’ is the perfect holiday gift for any Sherlock Holmes fan 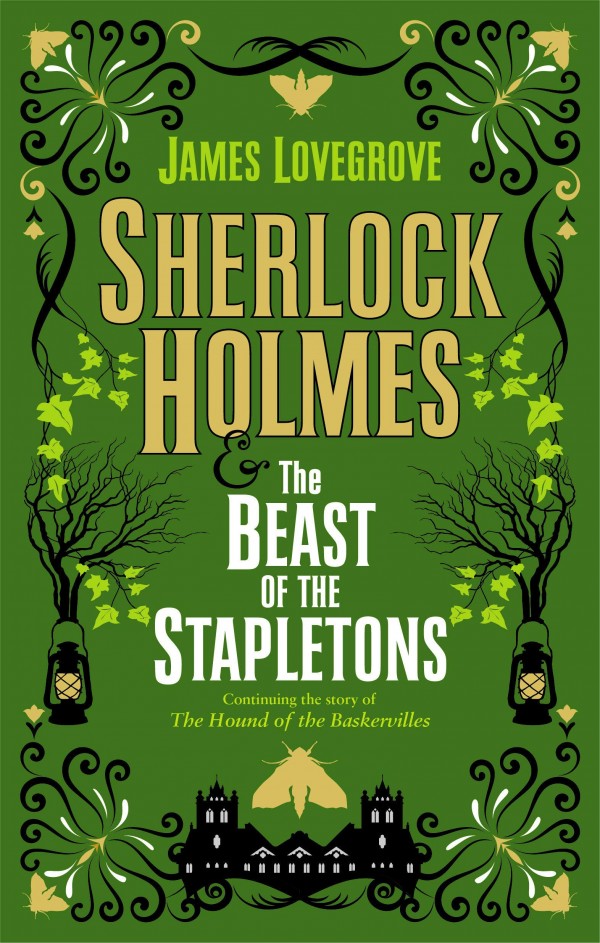 We are headed into another holiday season that, unfortunately, is likely to proceed in a fashion similar to the rest of the year, with many of our comforting and traditional rituals mostly uprooted.  But people are resilient, and we have learned to find and savor moments of enjoyment where we can.  I want to point you in the direction of a simple, seasonal pleasure I was fortunate enough to enjoy recently, namely the holiday release of James Lovegrove’s most recent Sherlock Holmes adventure, Sherlock Holmes & The Beast of the Stapletons.

The format and presentation of Beast echoes last year’s holiday release, The Christmas Demon, which was also a favorite of the PopMythology team.  This book is beautiful and gift-ready for any true Holmes fan.  However, Beast comes with a special bonus: it is a sequel story to one of the most beloved tales of the Sherlock canon, The Hound of the Baskervilles.  Familiarity with this story is not a prerequisite to the enjoyment of Beast as Lovegrove presents a good synopsis.  But the true Holmes fan will not miss this invitation to refresh the classic tale.  Together, one can enjoy weekend binge-reads with the original Doyle tale paired with this gripping sequel.

Once again, there is trouble for the seemingly cursed, remaining descendants of the wicked, long-dead Hugo Baskerville.  Another deadly creature has arisen from the gloomy, windswept Dartmoor moors to haunt poor Sir Charles.  Holmes is called upon again to travel to the stately Hall of Baskerville and unravel the mystery. Watson himself is too terrified and traumatized by the previous encounters with the ghastly hound to accompany Holmes on his initial journey.  Lacking his faithful companion, will this new bestial incarnation that has slouched forth from the fetid Grimpen mire prove too much for the world’s best detective? This story will keep you reading late into these short, dark holiday evenings.  I strongly recommend an atmosphere of candlelight to augment the aura of suspense and mystery woven throughout the book.  We all need some healthy escape right now, and The Beast of the Stapletons is a timely providence.

For those unfamiliar with Lovegrove’s other works, let me take a moment to speak to his skill as a writer of the Sherlock canon.  Holmes and Watson are surely some of the most beloved and enduring fictional characters ever created.  Their escapades have transported many generations into the foggy streets of 19th century London to solve baffling and entertaining mysteries.  It is no wonder that writers have not wanted the story to end with Sir Arthur Conan Doyle, instead contributing to what has become one of the top five book subject collections of fan fiction with over 60,000 works.  But the true mark of distinction in fan fiction is the authenticity of the voice.

In this respect, Lovegrove is top-ranked among his peers.  He has now written ten full-length adventures, and numerous Sherlock short stories.  Lovegrove’s prose rings so completely true to the original Doyle form, it would almost certainly be indistinguishable to even the modern AI style analysis algorithm.  To the human reader, however, his works are simply a joyful gift to Holmes fans everywhere.

Thank you, Mr. Lovegrove, for providing us with this happy escape, The Beast of the Stapletons.  Cheers.

Andrea is a consultant and technical writer for various scientific software and instrumentation companies. She has a Ph.D. in chemistry from Berkeley and has never met a genre of music or books that she hasn’t liked. As a gamer since the days of the Apple II, Andrea can relate any number of hair-raising tales about role-playing games stored on 360 kB 5.25” floppy disks and may, someday, put them to paper.
Copyright © Pop Mythology 2022, All Rights Reserved