When it comes to holiday gifts, the easiest kind of people to shop for are geeks, especially the ones who wear their geekdom on their sleeves. If despite this easiness you’re ever at a loss as to what to buy for a geek, you can’t go wrong with that old standby—the geeky tee shirt.

Chicago-based clothing company RIPT Apparel is known within geek circles for having some of the coolest t-shirts and hoodie designs around. They also have a unique selling model: every 24 hours three new designs go up on the site and remain on sale for only those 24 hours. Once time is up, those designs go into the “Graveyard” where they remain indefinitely except for the occasional promotional event when they once again become available (briefly) for purchase.

This year, geeks and the Xmas shoppers who love them are in luck because RIPT is having a special holiday sale. From now until Dec. 31, a smorgasbord of desirable goodies from RIPT’s Graveyard will rise from the dead for a few short weeks. If you already know about RIPT and regret missing out on a particular design from earlier this year, this is your chance to right that wrong. On top of that, all t-shirts  that are part of this sale are going for $15 instead of the usual RIPT price of $16. Most designs are available in both men’s and women’s. You can also have a random design sent to you for just $8. And if you’re just not sure which design the geek in your life will love best, gift cards are also available and are a good option as well since the sale goes on until Dec. 31.

Domestic orders placed by Dec. 14 will arrive by Dec. 24 in time for you to put under the tree.

O Come, All Ye Faithful and let’s take a look at some of our favorite designs:

DARK SIDE OF… THAT’S NO MOON! 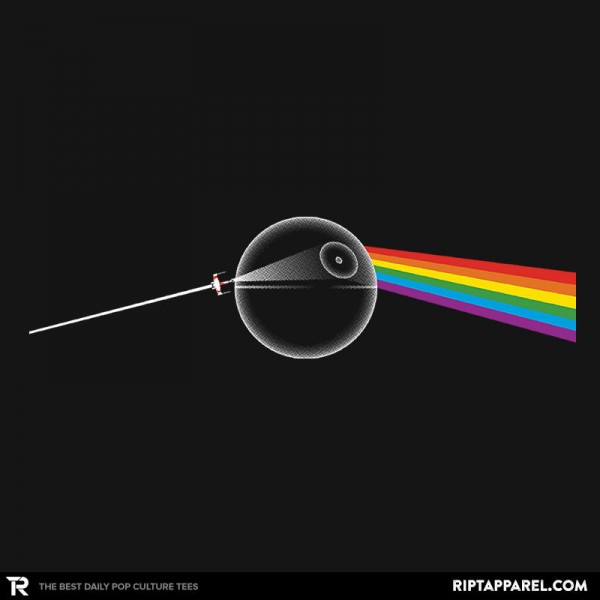 Too, too cool. The simplest designs are often the best, and even non-Pink Floyd fans will be able to appreciate the wit in this one.

The only thing better than Star Wars is Star Wars and Marvel together! This design combines two of everyone’s favorite Disney properties.

Sometimes you don’t want your mashup references to be too easy to recognize. Sometimes you want people’s eyes to linger a moment before they realize what they’re looking at. While Van Gogh might not approve of this shirt, the art-loving Star Wars fan in your life will.

Trust us. When Netflix gets around to rolling out the Iron Fist, Luke Cage and Defenders shows (yes, it looks like the Iron Fist show’s going to happen), anyone who owns this shirt will be the envy of everyone. We have a direct hotline to the ghost of Bruce Lee, by the way, and he says he digs it too. 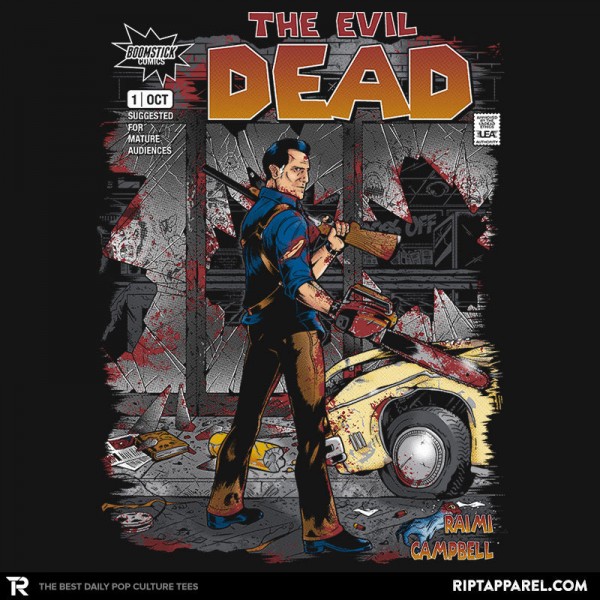 The Evil Dead. The Walking Dead. Two of the biggest “dead” franchises on television right now. Only true Walking Dead fans will spot the reference for this one, though, as it plays off the cover of the first Walking Dead comic book. Groovy. 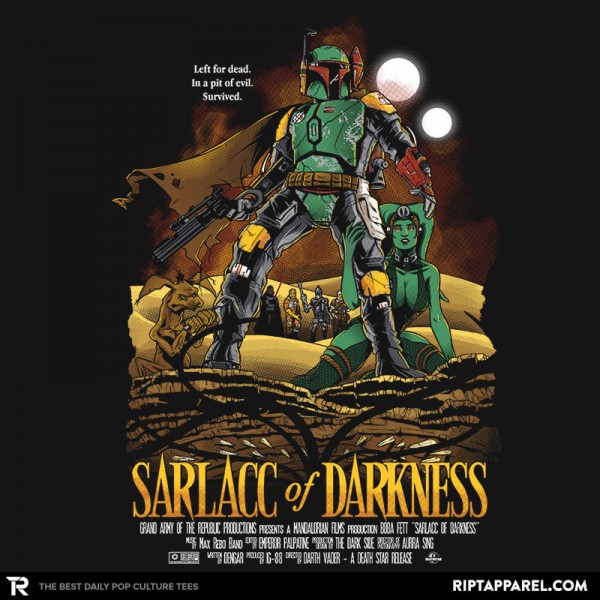 At RIPT you can find just about any pop culture franchise mashed with Star Wars. And since we were just talking about Evil Dead, here’s a good example.

WE CAN DO IT! (FURIOUSLY) 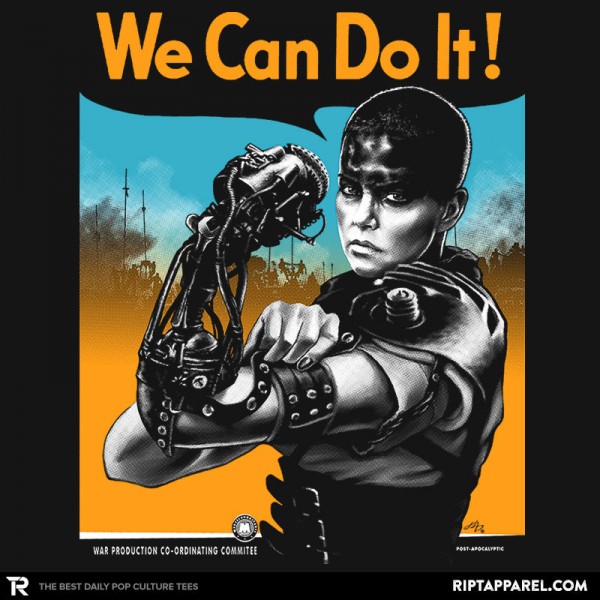 Mad Max: Fury Road was one of the biggest movies of 2015, and Furiosa quickly became one of the most phenomenally popular sci-fi characters of all time. This one plays off the famous WWII propaganda poster by J. Howard Miller that later became appropriated in the 80s as a feminist graphic. 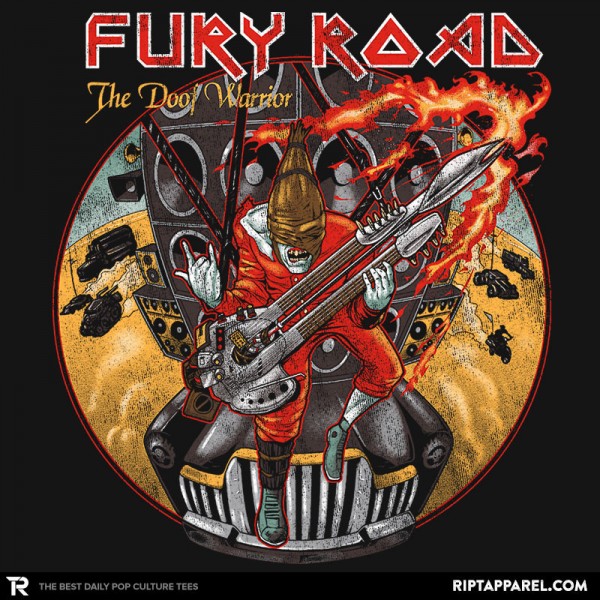 Okay, Furiosa was great but we all know the best character of Fury Road was not her, not Max, the Vuvalini biker gang, or Immortan Joe. It was without a doubt the Doof Warrior, also known as “that guitar flamethrower guy.” Doof Warrior + Iron Maiden’s “The Trooper” = coolness overload. 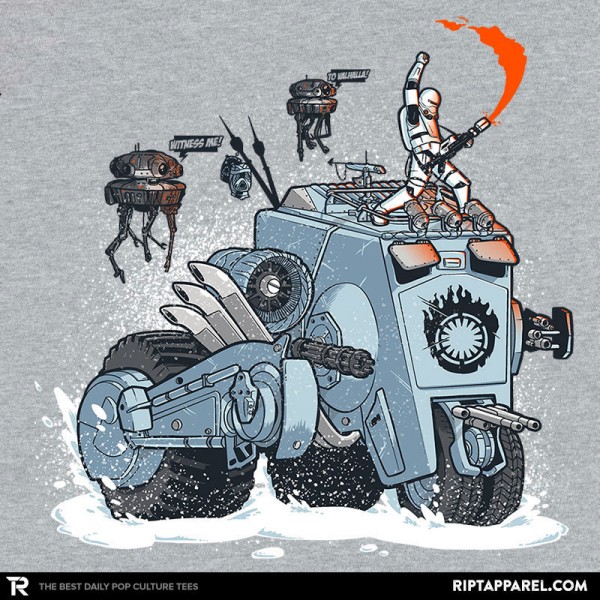 Going from the Doof Warrior and bringing it back to Star Wars again, the Force is strong with this one. 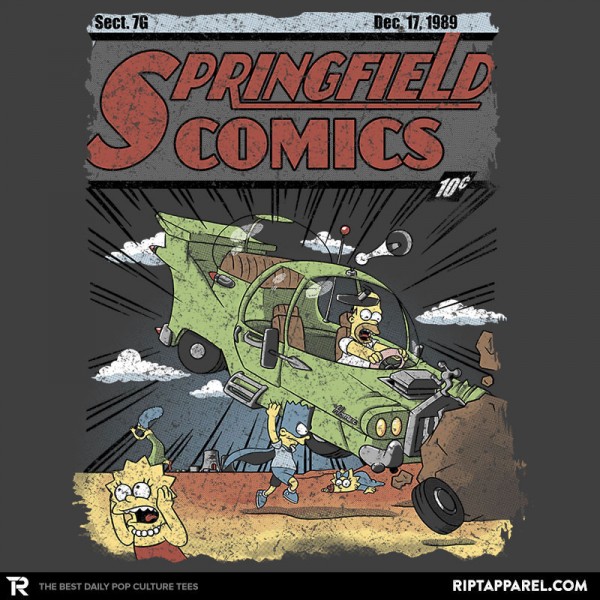 If by this point you’ve guessed that we like Star Wars, Marvel, Mad Max and Evil Dead, you’d be right. But in the end all roads lead to Springfield, and this parody of Action Comics #1 is another must-have.

So there you have it. Our favorites from RIPT’s holiday offerings. There’s far more then we had room to squeeze in here so be sure to check out these and many other designs at RIPTapparel.com. Merry Geekmas!