‘Spectre’ is a return of everything good and bad about 007 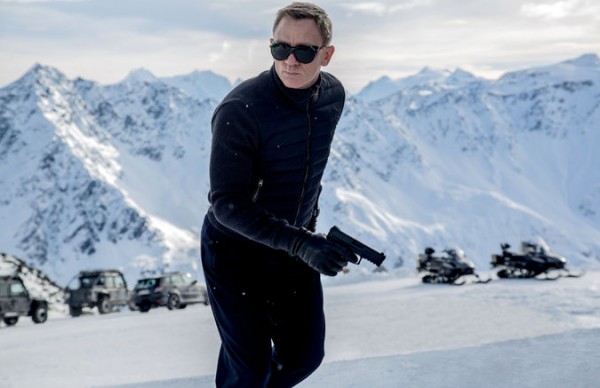 With Skyfall director Sam Mendes brought an unprecedented amount of artistry and depth to the fifty-year-old Bond franchise. The beautiful visuals, wonderfully fluctuating tension, and amount of character development created what many fans consider either the best or second best (to series reboot Casino Royale) Bond movie of all time. Yet for as great as Skyfall was, great enough that it renewed discussion about whether an action movie would ever be considered for a Best Picture Academy Award nomination, it didn’t feel entirely Bond-like. While Casino Royale was a restart of the franchise, mixing and updating all of its elements for a post-Bourne Identity world, and Quantum of Solace was a stripped-down, not-entirely-satisfying-but-necessary second chapter of a revenge-obsessed assassin, Skyfall felt almost like a standalone chapter in the series. It was more a successor to Casino Royale than Quantum of Solace, leaving the latter to be forgotten as Mendes took his own tour de force through the Bond mythos. The familiar tropes and themes were there, but many were cleverly hidden, making Skyfall an action-thriller using Bond characters the same way that The Dark Knight is a detective movie starring Batman.

With Spectre director Sam Mendes returns along with much of the same creative team of Skyfall and every possible element of the Bond franchise. In fact, there have been reports that Spectre includes one reference to each movie in the character’s history. Despite being a Bond fan since I was very young, and watching nearly every movie (including the non-cannon Never Say Never Again and the original parody version of Casino Royale), I couldn’t tell if this is true or not. However, I was able to pick up enough references that it wouldn’t be difficult to believe that every film is somehow present in this one, even if only the events of the Daniel Craig-era are reflected in the character. Similarly, the familiar tropes and cliches that were stripped-out of Quantum of Solace or hidden in Skyfall are clear in Spectre. For better and worse, this latest entry in the franchise is likely the most “Bond” of Bond movies, at least since Casino Royale, if not ever.

Everything is back: car chases, outlandish hideouts, a tricked out Aston Martin, post-violence love scenes which border on violation, a young tag-along girl, an older darker girl for Bond to seduce, a muscled-up assassin with a gimmicky way of dispatching his victims, a silhouetted mastermind who knows Bond is around when no one else does, Bond tossing his name out in the exact way a “secret” agent should avoid. There’s even a complete explanation of the villain’s plan before an elaborate torture sequence. Spectre is fifty years of Bond crammed into two and a half hours. This isn’t to say that Spectre is a return to the cartoonish, self-parodying time of Die Another Day when the franchise was maintained less by action and story than by nostalgia and cliche, but whereas some of various Bond-isms felt dated back in 2002, they feel positively antiquated now. No matter how warm and fuzzy we may feel at the utterance of “Vodka martini. Shaken, not stirred,” nostalgia and familiarity alone are never enough to make an individual entry in a franchise enjoyable, much less necessary (just look at Jurassic World and Terminator: Genesys for proof, and take note, The Force Awakens).

Where many of these lesser elements were overlooked in previous films as “well, that’s just Bond,” here, unlike the amusing response to Bond’s signature drink order, they’re not as easily dismissed. Of course, that doesn’t necessarily make them enjoyable, and that’s part of Spectre‘s problem. Like Bond films before it, this one definitely suffers from bloat. It’s even the longest (and most expensive) Bond film to date, which I suppose it has to be to fit in fifty years’ worth of references. Also as with previous franchise films, there are times when the plot is simultaneously so thin and convoluted that it feels like little more than a thread needed to connect one action setpiece to the next, particularly in the extremely predictable yet still underdeveloped second half which doesn’t seem to know when or how to end. True to form most of the characters are more defined by previous incarnations of their archetype than anything they personally bring to screen even to the point where some of the most touted co-stars (particularly Monica Bellucci and Dave Bautista) feel uninspired.

Thankfully, there is still plenty to like about Spectre beyond the goodwill of Skyfall and those films which came before it. Mendes’s mastery is on abundant display throughout an absolutely virtuoso pre-credits sequence which likely ranks among the very best in the entire series. Rather than cut together several short scenes on their way to bigger ones, tensions slowly rise from conversations to intrigue to conflict to climatic, explosive action in ways that feel both breathless and natural. The narrative, although extremely predictable, is one of the most immediately relevant in the series, touching on current concerns of surveillance and the balance of privacy with protection. Granted, something which has been addressed in several other films (including the aforementioned Dark Knight), but a natural topic at this point for Bond. Craig continues to make a compelling argument as the best Bond ever, particularly in scenes shared with Lea Seydoux, who is very much the heart and soul of the film. While revelations of Bond’s early life feel tacked-on compared to Skyfall, at least there is some additional background albeit, again, entirely predictable. Perhaps the most surprising twist is that Spectre makes Quantum of Solace considerably more necessary than it had been before. Proof once again that Spectre wants the most Bond it can possibly hold.

It may not be as beautiful, deep, or revelatory as Skyfall, but Spectre is still an enjoyable and fitting continuation of film’s most enduring franchise. While I’d personally love to see Mendes continue with the series, I’d almost prefer if Craig’s fourth turn as the iconic spy is his last. After all, Bond doesn’t get much more Bond than this.