“But you and I, we’ve been through that, and this is not our fate

So let us not talk falsely now, the hour is getting late.”

–Bob Dylan, All Along the Watchtower

End of Watch is Stephen King’s thrilling end to his Bill Hodges trilogy featuring the eponymous retired police detective.  The series began with Mr. Mercedes, where Hodges tracks down a serial killer who had run down a large group of people waiting in line at a job fair with a stolen car.  Book 2, Finders Keepers, involves the case of another killer obsessed with tracking down the previously stolen unpublished works of his favorite writer that have been unexpectedly found by a teenage boy.  Once again, Hodges is pulled into the drama to save the day.

Book 3, End of Watch, takes on a sinister and unexpected twist.  Mr. Mercedes, who had been blackjacked into a coma by Hodges autistic genius assistant Holly in the first novel, is regaining consciousness.   And the first noxious ooze to bubble to the surface of his mind is the desire to continue his quest to exert complete control over other humans and induce them to commit suicide.  But being  stuck in near-paralysis and kept in a high-security long-term care ward leaves him no opportunities to continue his insidious quest… or does it?

Once again Stephen King invites us along on a high-speed, bumpy, and thrilling ride through another of his superbly crafted tales.  Also once again, King has managed to engrave several deeper themes into the story line, just a few subtle but highly thought-provoking topics.  For instance, it is never explicitly stated that Holly is a high-functioning autistic – King just sketches in her strengths, weaknesses, and oddities.  Sadly, until she was all but adopted by Hodges and brought in as a partner to his private detective business, no one has ever had any tolerance or use for Holly except as the butt of cruel jokes.  King does a marvelous job of describing, explaining, and ultimately humanizing some of the thought processes often involved in autism through his storytelling.

One of the most pervasive threads running through the book, however, is related to the title End of Watch.  As might be expected with the conclusion of a series, our hero-protagonist Hodges is growing older and nearing the end of his watch.  Right away, we sense warnings and signs of a serious illness and Hodges must contemplate the possibility of having the big “C”, cancer.  As is so often the case with today’s complicated medical treatment options, Hodges must also think about what sort of care and intervention makes sense for him at this stage of his life.  Hodges’ doctor is portrayed as doctors so often are: compassionately wanting to help battle a disease with all the weapons in his or her arsenal.  King’s depiction of this conversation is a fantastic illustration of his ability to harness the power of metaphor:

“I need to think about this.”  Hodges says.

“I’ve heard that many times after I’ve had the unpleasant task of giving this kind of diagnosis, and I always tell my patients what I’m now going to tell you, Bill.  If you were standing on top of a burning building and a helicopter appeared and dropped a rope ladder, would you say you needed to think about it before climbing up?”

Hodges mulls that over, and the urge to laugh returns.  He’s able to restrain it, but not a smile.  It’s broad and charming.  “I might,” he says, “if the helicopter in question only had two gallons of gas left in the tank.”

So come, climb up to the top of the watchtower with King and let him lay out the ending to the Bill Hodges trilogy as only he knows how to do it. 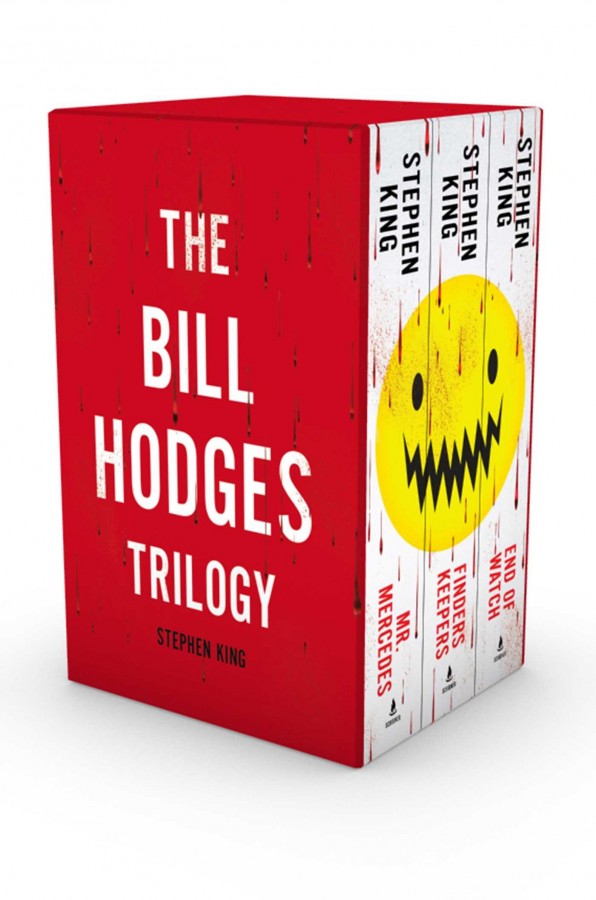