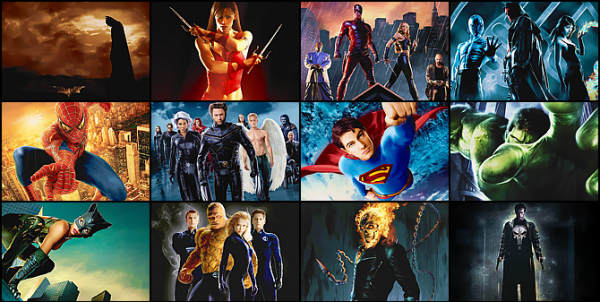 Over the past several years, comic books have thankfully shaken off much of the misinformed prejudice and cultural elitism that were the bane of the  serious and intelligent readers, artists and writers of this fine medium.

The beauty of comics – specifically the superhero genre, in this case – is that they can serve as mere cotton-candy entertainment, on one hand, while also offering so much more to those who are inclined and willing  to make the effort. Deep within these colorful tales of heroes and villains is a fountainhead of wisdom and truth for the open-minded seeker.

Over the past ten years or so, the world has been treated to a glorious feast of high-quality superhero films adapted from popular comic books.  Part of it has to do with the cinematic technology that has become sophisticated enough to convincingly portray these fantasies, but there is something else at work.  Something larger and deeper.

What’s happening is that these stories are resonating with people, on both conscious and subconscious levels, in a profound way that goes far beyond the enjoyment of dazzling special effects and roller-coaster action.

As I have stated in another essay on this site, the superhero genre  is  essentially mythology in modern guise.  That’s all it is.  Replace those cheesy tights with togas, saris or other appropriate garb from the era and cultural pantheon of your choice and you basically have the same gods, demi-gods and heroes of olden days with different names and appearances.

As with anything, it depends how deeply you’re willing to delve into it.  But I promise you that these stories do contain powerful, timeless lessons and principles – including many of the same ones from ancient myth – that we can apply in our daily lives.

Some of these lessons are readily available in more mainstream types of fiction, certainly, but the superhero genre paints them in vivid, larger-than-life Technicolor that lends them an inspiring and powerful punch, so to speak, that more realistic fiction can lack.  And I’d bet that were my hero, Joseph Campbell, alive today, he would agree.  As would Mircea Eliade, Bruno Bettelheim and Carl Jung.

And so, in this series of essays on superhero films, I’m going to discuss the inspiring lessons and principles they contain that can help us lead more empowered lives.

Understand first and foremost that in every superhero story there ever was, the hero represents nothing other than you. Yes, you are a hero, or at least you are capable of being one. It doesn’t mean fighting crime or rescuing people from burning buildings.  It means realizing the unique gift you have to offer humanity.

By working with these characters, their stories and their struggles, we cross a symbolic bridge into our own unconscious and subconscious and wrestle with the demons and villains that lie therein.  We address universal themes that have faced humanity for ages and still do.

In this series of essays, I’ll use the movie adaptations of superhero comic books due to their greater accessibility.  You could, of course, read the actual comics but that would be a more involved assignment.

The movie adaptations of superhero comics, or the better ones anyway, have done a remarkable job of condensing most of the main themes and lessons of each character into a short couple of hours.  And the movies can be easily obtained, watched and enjoyed – even by those who might normally not be interested in comic books – whereas the comics can take work to track down and purchase.

I’ll stick with the movies that are immediately available for rent on DVD, Blu-Ray or via download, which makes closer study of these films much easier than watching them during a theatrical release.

And so, unlike with your high school and college lit classes where you’d have gotten in trouble for watching the movie versions and skipping the books, here that is the assignment itself.

Posts in the Superhero Movies Series (so far):

Superman:  Your Angst is Your Power

Batman:  Facing Your Anger and Fear

How ‘The Dark Knight Rises’ Can Save Your Life

Iron Man:  Step Up to the Plate

Hellboy: There is No Destiny, Only Choice

Iron Man Unlugged: The Importance of Being Tony

Becoming a Man (or Woman) of Steel

We Are Groot: Guardains of the Galaxy and Our Power & Connection With Each Other