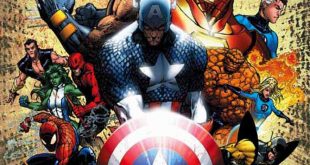 With 'Captain America: Civil War' raging in theaters, it is a good time to take a look at the comic that inspired it: Marvel’s 'Civil War' (2006-07) by Mark Millar and Steve McNiven. Like Frank Miller’s 'The Dark Knight Returns' (1986) and Alan Moore’s 'Watchmen' (1986-87), Civil War pits superheroes against one another in a battle to decide the proper role of super-powered crime-fighters in a democracy.