REVIEW: N.K. Jemisin is on track for more awards with ‘The Obelisk Gate’ 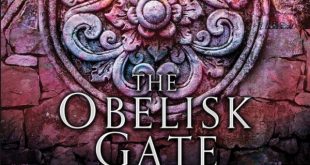 The fight to assert one's humanity drives the narrative in 'The Obelisk Gate.' It is not merely a political aspiration but a deeply personal one, making the 'Broken Earth' series never feel polemical. N.K. Jemisin’s characters aren’t symbols; they are complex and conflicted human beings who want only to live in peace. But in the Stillness, as in the real world, sometimes you have to fight for peace.

END_OF_DOCUMENT_TOKEN_TO_BE_REPLACED

The acclaimed cultural commentator has penned a limited series of Marvels African superhero, and the timing couldn’t be better. You have no people. You are no longer my son. The first issue of the much-hyped, Ta-Nehisi Coates-penned Black Panther limited series landed at comic book shops this Wednesday, with fans …