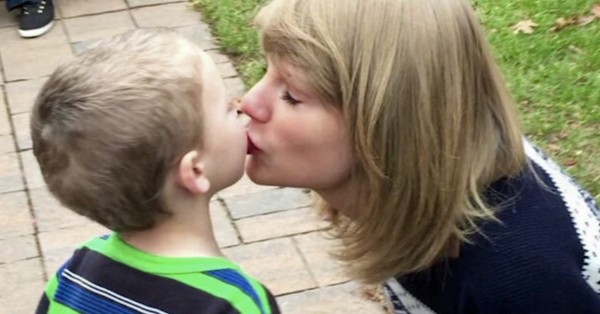 By now half the Internet has been moved to tears by what has come to be known as “Swiftmas,” pop star Taylor Swift’s extravagant gift-giving event for Christmas 2014 whereupon she sent surprise gift packages that she had wrapped herself, complete with hand-written cards, to many of her dedicated fans—going as far as hand-delivering them in one instance.

Even skeptics and haters may find themselves becoming reluctantly won over by such a bravado display of generosity and graciousness on the part of a celebrity towards her fans. Did Taylor Swift have help? Of course. You can’t pull off a project that ambitious alone. But it was still ultimately coming from her. Was it a publicity move? Sure, in a way. But so what? Many people were nevertheless moved and inspired by it, not just the fans but the general public seeing the video, for who doesn’t like a heart-warming story at Christmas time? So if it’s used for an added bit of well-earned publicity, well, it’s only natural and there’s no harm in it.

Here’s the thing, though, for people who see the video and are surprised by how cool Swift seems to be, especially for a celebrity so young: she was already awesome, even before Christmas of 2014, and “Swiftmas” was no isolated incident. I can tell you this as someone who’s been an admirer for a while now and has never been ashamed to admit it.

Here she is last August visiting Jordan Lee Nickerson in the hospital, a young boy who was not only born with a rare genetic disorder that necessitated heart surgery when he was 18 months old but who was also later diagnosed with leukemia. You have to respect a pop star who doesn’t feel she’s too big to play for an audience of one:

Are there any more like this? You bet. A lot  more, more than I can post, and always the one with the camera filming the visit is simply a family member or friend, meaning that in these hospital visits Swift only brought herself—no entourage or PR person.

Earlier the same year in April, she dropped by a fan’s bridal shower completely unannounced, loaded with gifts as usual:

And in case you haven’t noticed, she’s got a thing for surprising people as this next video is of her way back in 2011 surprising a “superfan” on The Ellen Show.

Ellen in particular seems to be a willing partner in crime in all this surprise stuff as here’s another, even more emotional surprise:

And before the release of her hit crossover album 1989, the Taylor Swift team arranged for so-called “Secret Sessions” where fans were rounded up and shuttled to a house without explanation where Swift would again drop in unannounced and play the entire album for them before its release, all the while mingling and taking pictures with the fans and serving them homemade cookies baked by herself.

I could just keep posting stuff, but I think you can already see that the portrait that emerges here is of a pop celebrity who understands that she would not be where she is without the devotion of her fans and takes every available opportunity to show them she appreciates them. It’s not even just about thanking her fans. She’s creating genuine goodness and healing in the fragile hearts of young people by taking the time out of her ridiculously busy schedule to do such things.

You can always find reasons to be cynical about anything if you want to be. But for better or worse, the reality is that celebrities do have a godlike power to affect their fans in ways both good and bad. Some celebrities just remember this better than others, and some use that power better than others.  Taylor Swift is among the celebs who not only remember this well but wield her power with an ingenious combination of genuine sincerity, creativity and, yes, a certain degree of marketing savviness that you can’t help but respect since she uses it so positively.