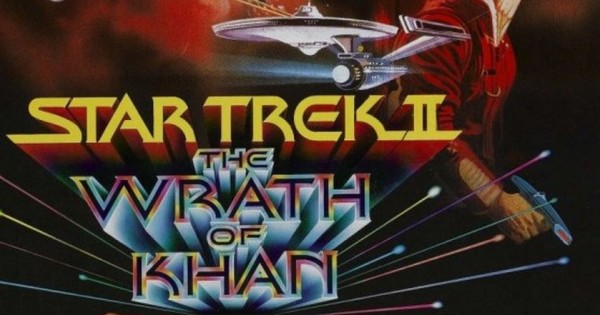 I don’t think there are many longtime film buffs out there who’d argue with the idea that James Horner was one of the greatest film score composers of all time, a marvelously eclectic artist who was truly comfortable working in all film genres.

Without bogging down this tribute with a long intro, let’s honor the life and work of this wonderful musician (whose unfortunate death in a plane crash is all over the news) by looking back at some of the best James Horner soundtracks. Since I’m writing this from the perspective of a musical layperson who’s simply been a lifelong film buff, I’m sure there are musicians and composers who will disagree with my choices (I also haven’t seen every single film that Horner has ever scored so there will inevitably be some misses).

Regardless, I think that almost everyone, both average moviegoer and music expert alike, can agree that the film scores on this list are by turns catchy, affecting and inspiring and a testament to this man’s musical gifts.

“The Train” boasts Horner’s ability to score an exciting action sequence with panache. Reminds me a lot of the scores of old Westerns by guys like Elmer Bernstein.

A delightfully swingy piece in a score that boasts a wide variety of styles including Little Richard-style Rock & Roll, Danny Elfman-esque melodies and that old monster movie standby, the theremin.

A really fun score to a really fun movie. Reminiscent of old, Golden Age Hollywood caper films, and along with the other examples in this list, it really shows off Horner’s staggering range.

Along with scores like Thunderheart, Avatar shows Horner’s ability to fluidly weave in indigenous-sounding elements. Throw in a bit of Deep Forest, Lisa Gerrard and “Adiemus” and you have a stirring New Agey feel for when you need a little motivational lift.

One of the best fantasy films of the 80s got a fitting score. “Escape From the Tavern” has the first big appearance of that recognizable melody you probably remember as a kid (if you grew up during the 80s). For a more overtly swashbuckling alternative, check out Krull.

Jerry Goldsmith wrote the rousing theme for the first movie that was used again later as the theme for Star Trek: The Next Generation, but Horner’s score for The Wrath of Khan better evoked the sense of mystery, wonder and wandering that is central to the Star Trek ethos.

Whether you like or hate the movie (and I happen to like it, actually), this score – with its evocative Celtic influences – is absolutely lovely. There’s some similarity on the surface with the score to Braveheart (see below), but these two scores are both different and good enough in their own right to be included on this list.

Despite being marketed as a chlidren’s film, An American Tail was actually quite the mature, complex film for being about a cartoon mouse. It accurately captures the hopes and longings of the late 19th/early 20th century immigrant experience: the idealism, the struggles and the loneliness. Horner’s score masterfully mixes Aaron Copland-esque Americana with Eastern European motifs and a touch of Rachmaninoff to capture all this musically.

When I first saw Braveheart many years ago I actually didn’t think the score was that great. This was probably due in part to my youthful expectation of something more bombastic and action-oriented and not as subtle – you know, more pounding war drums and such (and to be fair there was  a bit of that). But over time this score has grown on me such that now I can’t imagine the movie being what it is without it.

Speaking of Aaron Copland (see An American Tail above), I couldn’t leave out the soundtrack to The Rocketeer. This is one of those instances in which the movie, though really not bad at all, got a brilliant soundtrack that was on a whole different level. (For a somewhat similar family adventure feel, also check out Horner’s score for The Journey of Natty Gann, a wonderful gem that deserves to be rediscovered.)

I chose this score as one of the most inspiring superhero movie soundtracks, and it really is. However good the new MCU Spider-Man from Marvel may end up being, they’d be hard-pressed to find a composer who’ll write something as achingly beautiful as this which perfectly captures the angst, longing and triumphs of Peter Parker.

A sense of strength, dignity and majesty permeates this magnificent score for my favorite Civil War movie. Pretty much James Horner in a nutshell.

Goodbye, James Horner. We’ll see you somewhere out there…

We missed your favorites, didn’t we? Share what *your* favorite James Horner soundtracks are!