Step into ‘The Expanse’ on SyFy & Space Channel 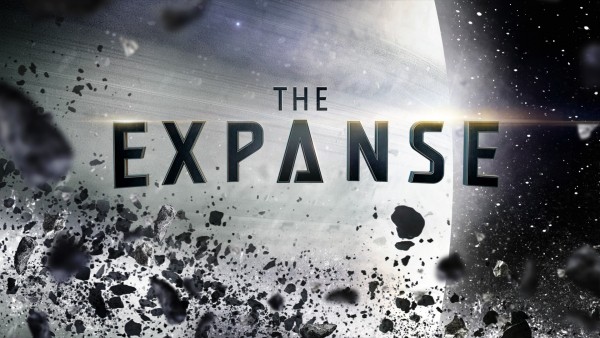 Space Channel has had an amazing run of success with science-fiction hits like Orphan Black, Killjoys and Dark Matter. Now, it’s repeating that success with the release of the newest SyFy production, The Expanse.

Pop Mythology was fortunate enough to get a sneak preview of the second and third episodes and take it from us, this is a show that you don’t want to miss.

The Expanse is set far off in the future where mankind has colonized the solar system. Though technology has changed, Humanity hasn’t. Political influence, resource acquisition and intrigue still dominate government policy decisions and this show keeps its viewers on the edge of their seats as choices are made, intimations are indicated and episodes take a dramatic turn at every possible occasion. 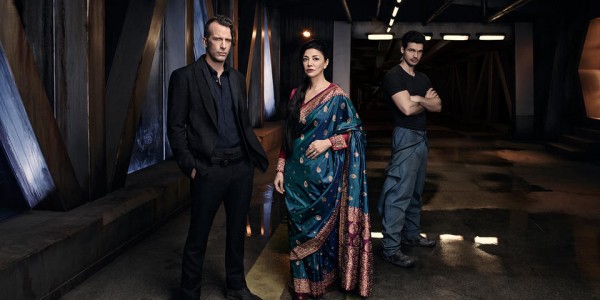 The three main players are Earth, under the direction of the United Nations. Earth still calls the bulk of the shots in the solar system and relies on the second player, the Asteroid Belt for resources and minerals. In return, they ship ice (water) and oxygen that are more precious than gold and are a currency in themselves. Finally, there is Mars, with its military bearing and secretive nature, the question begs to be asked: what are their plan? With tensions rising for decades prior to the present, Mars as an independent military power is a frightening spectre that looms over the other two nations.

The Expanse focuses on three primary characters: Miller, the hard-drinking and cynical detective on Ceres, the centre of the Asteroid Belt. Played by the amazingly versatile Thomas Jane (The Mist), he is tasked to locate a missing girl who will undoubtedly an important role to the solar system in the episodes to come.

Steven Strait plays Jim Holden, the second officer on board the ice freighter, Canterbury. Perpetually shying away from responsibility, Holden finds that his conscience overrides his common sense and his ideals govern his actions. For better than worse, Holden finds himself to be the reluctant hero in this story.

Shoreh Aghdashloo delivers a stunning performance as Chrisjen Avasarala, the Deputy Under-secretary for the United Nations. A charismatic politician, this veneer hides a ruthlessness in her character. She is prepared to do anything to protect Earth from all threats. 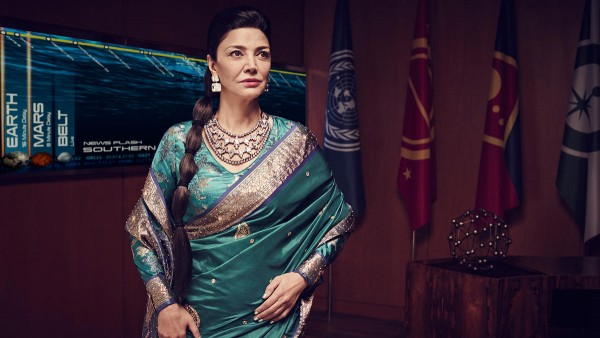 The Expanse is a science fiction show that is deluged in believable science. When you see a space ship with parts falling off, you have a show that fans can divest themselves of the need for the willing suspension of disbelief that so many sci-fi shows are dependent upon to succeed. In this show, high-gravity manoeuvres are explained, magnetic boots are employed and the laws of physics and inertia in space travel, that are so casually disposed of in other sci-fi shows, are completely observed.

Moreover, it’s the cultural aspects that are really authentic as well. On Ceres (the Asteroid Belt’s main satellite), the citizens have developed their own dialect – a jargon that sounds like a cross between South African Afrikaans and Jamaican dialect. When you consider the distance between the Asteroid Belt and Earth, it just makes sense that there would be a cultural development between these two groups of people over a significant amount of time. Given that the show is set in the 23rd century, this is a completely plausible and realistic scenario to entertain, which adds to the verisimilitude of this incredible show.

If you see the premiere episode – presently running on the Space and Sy-Fy websites, watch for details like broken personal data devices screens, scratched consoles or water ration meters. The attention to detail is nothing short of phenomenal.

Incredible storyline, amazing performances and a level of realism that needs to be seen to be believed all contribute to the undoubtable success of this series and to Space Channel’s knack at picking winning series. Get in on the ground floor and watch the online episode in time for the two day event on Dec. 14th and 15th.