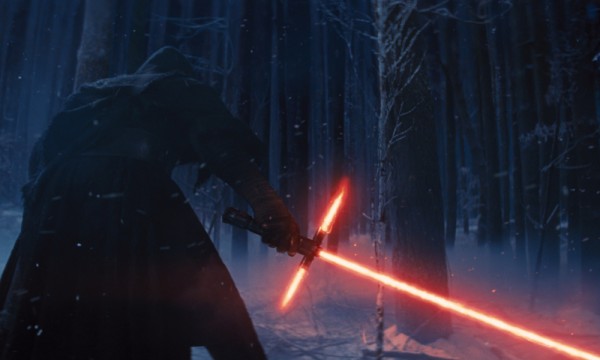 If cinema in 2015 could be summed up in any word it would be nostalgia.

This was the year which saw the return of several major film franchises from as far back as thirty years ago. While such nostalgia properties such as Jurassic World were content to recycle old material for new money, and Terminator: Genisys trashed its history in a failed attempt at recapturing it, the best of such films – Star Wars: The Force Awakens and Mad Max: Fury Road – provided a balance between what audiences loved long ago and what we’ve come to demand since.

It was also the year when more recently updated film franchises, Mission: Impossible, James Bond, and the Avengers – themselves built upon warm memories of long-running histories – returned with decent but ultimately forgettable installments. While Marvel’s Mightiest Heroes may have stumbled somewhat in their second outing, the cinematic universe remained strong with Ant-Man bringing back warm feelings of then lesser known properties like Iron Man and Guardians of the Galaxy, to keep anticipation high for next year’s clash of heavyweight heroes in Batman v Superman: Dawn of Justice, X-Men: Apocalypse, and Captain America: Civil War (and in the lower weight classes with Suicide Squad, Deadpool, and Doctor Strange all premiering within the same year).

Even many of this year’s original releases fashioned themselves on our tendency to idolize the past. Inside Out used adolescent uncertainty and imaginary friends to make parents cry in front of their children. Tomorrowland channeled the 1950’s version of today into a semi-positive, semi-Randian statement on the power of allowing creative people to create. Even The Martian set aside years of panic and malaise to restore wonder and optimism to space travel.

Through it all I’ve tried my best to keep up and remain as honest as possible. As such there were some films on which my opinions weren’t shared by others (Jurassic World and Kingsmen, and I stand by those reviews), where my initial excitement was misplaced (Blackhat and Jupiter Ascending were among my most anticipated films of the year, both were awful) or my heavy doubts shattered (Star Wars: The Force Awakens and Ant Man, although I still won’t forgive J.J. Abrams for killing Star Trek and think Edgar Wright would been a better choice, for both), and some films which I never had the chance to view.

Of those films I did get to see, here are my ten favorite from the year of nostalgia. 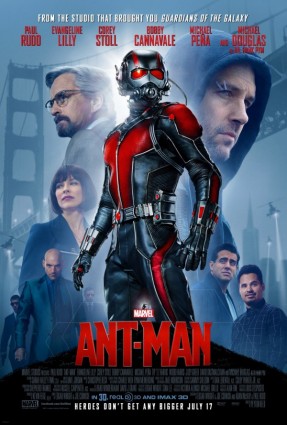 It may not have been the movie Edgar Wright would have given us, it may include only a few minor tweaks to the Marvel formula (unexpected action star, veteran actor, quirky humor, good effects, stuff that sounds like science, disposable villain, obvious hints at a sequel), but Ant Man turned out to be one of the most enjoyable and funniest films in the studio’s history. Consider it dessert after the over-indulgent meal that was Avengers: Age of Ultron. 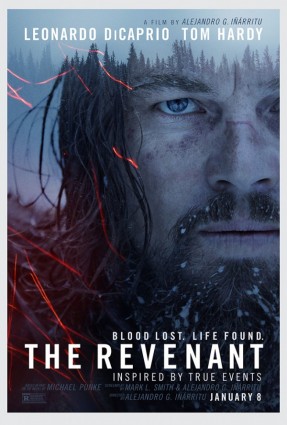 Alejandro González Iñárritu and his Oscar credentials reportedly subjected Leonardo DiCaprio, Tom Hardy, and the rest of his cast and crew to an extremely difficult shoot with harsh conditions, long travel distances, and limited shooting time. The result is a film as brutal as it is beautiful and, although probably a long shot, which may finally allow DiCaprio to grunt, snarl, growl, and disembowel his way to his own Oscar.

8. Beasts of No Nation 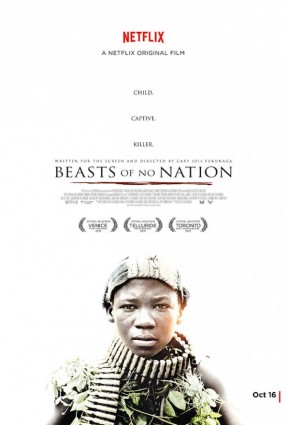 No one should judge Netflix’s original film offerings on Adam Sandler alone, after all, the service also gave us Cary Joji Fukunaga’s stunning tale of child soldiers in West Africa. Agu’s transition from the light-hearted little brother in a loveable family to hardened bodyguard for a messianic warlord plays out like a modern Apocalypse Now from the point of view of Kurtz’s army. Idris Elba turns in his best performance since Stringer Bell (from the best television show ever) while displaying the type of charisma and command, as disturbing as it may be, which prove he should be the next James Bond. 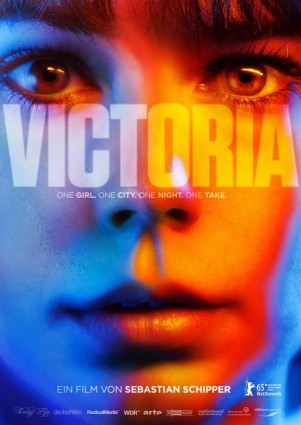 If degree of difficulty were a consideration in film criticism, this would be 2015’s most outstanding film. The concept of “One City. One Night. One Take.” is less a gimmick than the ideal way to present this story with even its lulls and diatribes emerging as necessary parts of the narrative. Victoria‘s perfect blend of form and function captures the feeling of those nights where habit, obligation, and even sense fall away and you simply go with the experience… for better or worse. 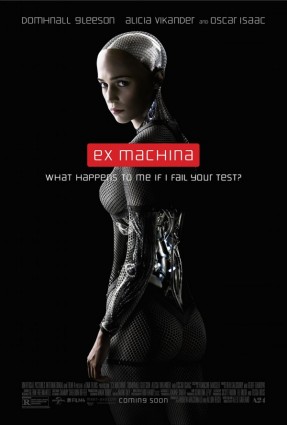 Reminiscent of Duncan Jones’s Moon, Ex Machina is the type of small budget-big ideas movie that makes for the best science fiction. With a cast of only four people, and a precise, minimalistic shooting style, every little item, gesture, and tone becomes significant. Although built on familiar cliches – the lonely computer programmer, the eccentric genius innovator, the cute robot girl – Ex Machina delves far deeper into issues of choice and humanity than many of the films which established those cliches. Science fiction of this sort, including Ex Machina and Moon, proves that the best effects are those of the mind. 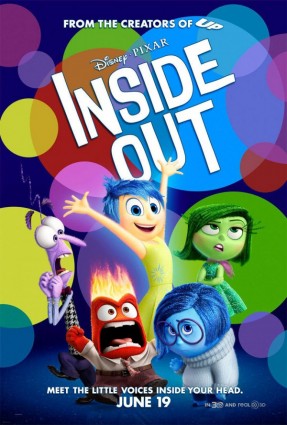 After a couple of lackluster efforts, Pixar returned with this wonderful and, according to a friend of mine with an MS in Psychology, surprisingly accurate trip into an 11-year-old girl’s mind. Inside Out is everything that Pixar does best: it looks great, it takes a fresh perspective into a common subject, it layers a story kid will love with jokes only adults would understand, it’s emotional without feeling manipulative, and, best of all, it’s smart. In short, it’s just about perfect. I suspected it would be when they cast Lewis Black as Anger because *stabbing pointer fingers* WHO ELSE WERE THEY GONNA GET? 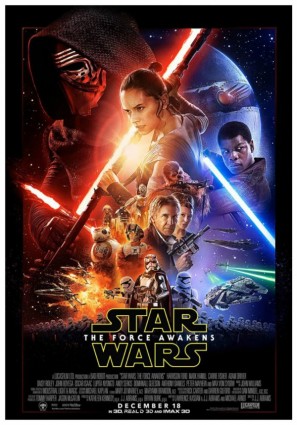 Force Awakens had to cater to the nostalgia of the most beloved (and disappointing) film franchise of the last thirty years while also furthering the story of a universe far, far away. While, yes, the film relies far too much on previous installments (a friend of mine said he felt exploited, and I agree with that), and any close analysis exposes several giant cracks, it’s still nice to have a new Star Wars film to get swept up in. There’s far more than nostalgia at work in Force Awakens. There’s excitement and wonder, things the prequels barely hinted at. Best of all, events in Episode VII make me believe that nostalgia is gone and what’s next, with Looper‘s Rian Johnson at the helm, will be all new. 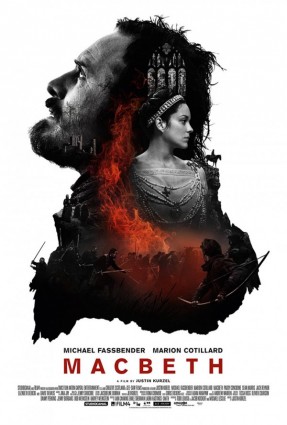 While it may not appeal to everyone, as evidenced by the majority of the audience walking out during my screening, I found Justin Kurzel’s unapologetically artsy take on Shakespeare at his most brutal to be nothing but savage, disgusting fun. Michael Fassbender and Marion Cotillard are wonderful in their various characters shifts and takes on madness, and the deep reds and oranges of MacBeth‘s battlefields remain burned into my mind. It took less than a day for me to steal images for my own writing. 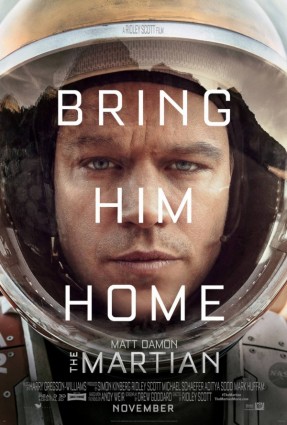 One of my biggest personal issues is the recent treatment of science. When more than half of all people in America demonstrate such ignorance as to deny climate change or evolution, it makes me worry that my home country is well on its way to deciding that facts should be dictated by opinion and not the other way around. That’s one reason I love The Martian. Sure, it’s a tense, engaging story with surprising humor, a great protagonist, and an outstanding lead performance, but it’s also a full-throated defense of science at a time when the field’s most basic principles are being subjected to opinion polls. The Martian offers something that so few recent films do – optimism – and does so in a more verifiable way. 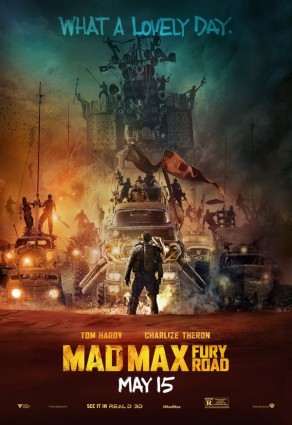 Rather than ride the coattails of his past glorious (in other words, make a nostalgia movie), George Miller returned to his signature character after a thirty-year absence with an entirely new and even more deranged energy. Fury Road feels like the Mad Max film Miller always wanted to make. Modern technology allowed for huge sets and crazy action, but far more important, modern knowledge and equipment allowed for stunts and practical effects that were impossible to pull off in the Road Warrior days. Many of my favorite images of this year come from Fury Road: the surrealistic contrast of bare desert and deep blue sky, the massive dust storm, the mysterious bog walkers, the powder-white motor boys pole vaulting from a spiked muscle cars onto the armored War Rig as both vehicles speed over the gorgeously rich colors of land and sky, and, of course, a masked man playing a double guitar flamethrower. It’s all such cackling, glorious madness. And it’s all such fun.

Most of all, in my opinion, Mad Max is proof that a great action movie can also be a great movie. They don’t have to be watered-down, over-explained, lobotomized, cash grabbing time killers. An action movie can have big ideas, implied storytelling, ambiguity, great characters, and respect for its audience. It can take chances. It can be unexpected and unafraid. In other words, an action movie can be art. Plus, in a summer when the non-movie world was obsessing over whether women should be allowed to make their own decisions, Imperator Furiosa was the best new character of the year.

All these reasons, and more, are why Mad Max: Fury Road is my favorite film of 2015.

Think I got it right? Think I got it wrong? Think Force Awakens is the best/worst film ever made? Think I should stop bashing Jurassic World and Kingsmen? Let me know in the comments below.