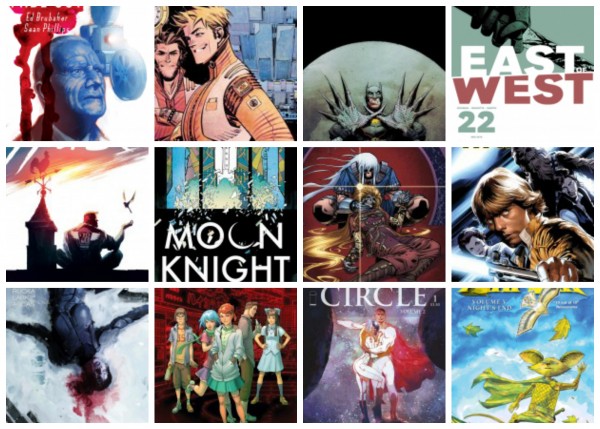 Over the past year, Pop Mythology’s team of comic reviewers has grown a bit smaller, for such is the inevitable way of the blogging world, but our passion for comics has only grown. And over the past year, there have been far, far more quality titles than the two of us who still regularly review comics here can possibly cover on a part-time basis.

Here, then, are our 20 favorite comics of 2015. Notice we say “favorite.” As noted, there are just too many great comics out there nowadays to keep up with them all, so many that we don’t presume to call these the “best.” These are our personal favorites of the ones we managed to read, though in fairness we did read a lot.

Just a quick note that our 20 favorites aren’t listed as a single list but two separate lists of 10 by Captain John K. Kirk and the Pop Mythologist. We’ll start with Cap’s list, followed by Pop’s list. 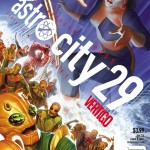 Veteran writer Kurt Busiek and penciller Brent Anderson both welcome us to this city of heroes every month. An everyday look at superheroes as they deal with life, we see that they deal with it in the same way we would, which brings us closer to them and the superheroes in our own lives. 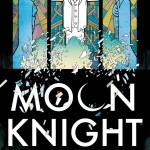 An excellent rebirth of the classic series that saw Marc Spector and his other personalities fight for justice under the sponsorship of the ancient Egyptian God Khonshu. It’s rare when a revisit of a comic is successful, but Cullen Bunn, Warren Ellis, Brian Smallwood and Declan Shalvey, in their respective arcs, successfully recreated a fantastic new incarnation of this hero. Makes me ask, why did they drop it? Secret Wars? Jeff Lemire is going to pick it up on the new year but this one makes my list for 2015. 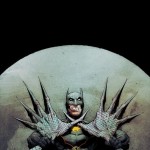 Another one of the few DC titles I’ve been reading. Of late, I haven’t been enjoying it as much prior to the present arc, but Scott Snyder and Greg Capullo have done the impossible: gotten me back into Batman. It’s a great new interpretation of this character and the dynamic duo of Snyder and Capullo have definitely deserved this place in the list. 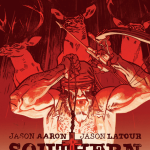 Jason Aaron and Jason LaTour have captured an amazing slice of Southern culture in this compelling drama of smalltown football. Gritty, dirty and violent, decisions of right and wrong are constantly put to the test under the lens piece of shifting contextual values. Definitely a favourite. 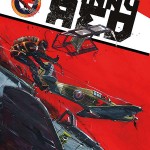 A latecomer to the year, Garth Ennis has reached back to the days of his childhood comics and grabbed this tale of a young English pilot flying a Hawker Hurricane in service of the Soviet Air Force in World War Two. This was a favourite story of mine when I was a kid too, so it really is a blast for me to see Ennis adapt this story for the 21st century. 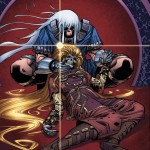 Walt Simonson is a Norse God. I swear he has returned from the gleaming spires of Agsgard itself to tell this saga of a post-apocalyptic Nine Realms of Norse Myth. It’s a fantastic tale written and drawn by Simonson and very much deserves its position among the Top Ten comics of 2015. 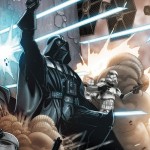 I have loved this focus on arguably the most celebrated and recognizable villain of modern cinema and literature. Marvel has pulled out all the stops on its new comic property and has deftly delivered a story of Vader fighting for his position after his defeat and the loss of the Death Star at the Battle of Yavin. Kieron Gillen and Salvador Larroca are among the A-List talent sources Marvel has drafted for its Star Wars titles to great success. 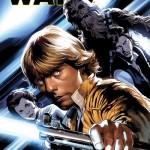 The lead book in Marvel’s release of Star Wars books. Jason Aaron shows up on this list again as the writer of this book. Partnered with iconic and superstar artist, John Cassaday, this title is a wonderful treatment of the characters and continuing adventures of the Star Warriors that amps up the anticipation for the newest movie installment of the saga. 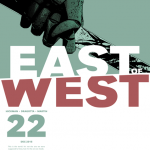 This is the definitive comic on world building. Jonathan Hickman applies his cosmic sense of storytelling to this incredible perspective of the Earth in a far future. Drawn and co-created by Nick Dragotta, this book is definitely one of the best offerings from Image Comics. Though started in 2013, this book has tightened its grip on its position as one of the best books regardless of the year and has earned its position on this list. 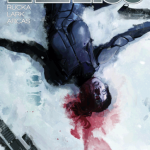 This has remained another long-running series that has made itself a fast favourite with comic fans. Greg Rucka’s  storytelling is powerful and who can resist the emotionally expressive art of Michael Lark? It’s no wonder that this detailed and fully believable story of a dystopian future is headed for a television series. Yet another book from Image Comics indicative of the talent this company has. It very much deserves its position as the number one comic of 2015. 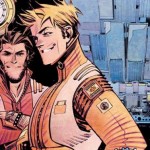 10. Chrononauts (Image)
Mark Millar and Sean G. Murphy’s Chrononauts brought the fun back into the time travel genre which has become increasingly bogged down by the paradoxes of the genre and the philosophical ambitions of its writers. Chrononauts, on the other hand, takes you back to that time when time travel stories were about adventure, danger and romance and even wrecking the space-time continuum was just part of the fun. 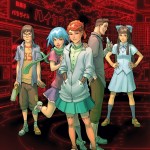 Wayward rekindled my love for Japanese culture. In his interview with Pop Mythology, series writer Jim Zub rightfully expresses his and artist Steve Cummings’ pride for this delightful book about an American girl discovering a world of magic and wonder in present-day Tokyo. 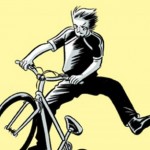 8. Beef With Tomato (Hang Dai Editions/Alternative Comics)
Dean Haspiel’s collection of autobiographical vignettes is a fascinating merge between slice-of-life realism and the larger-than-life aesthetics of superhero comics which he’s clearly been very influenced by. Quite unique stylistically within the autobiographical genre. I really enjoyed it. 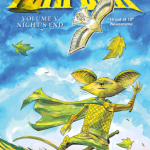 7. Mice Templar (Image)
This epic about a brotherhood of rodent knights is one of the best and most ambitious anthropomorphic titles out there. Bryan J. Glass and Victor Santos have finally brought this eight-year journey to an end, and while it felt a bit rushed, it was still a fitting send-off. Even co-creator Michael Oeming returned to do some art. Long live the Templar. 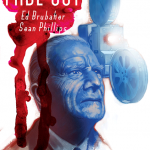 6. The Fade Out  (Image)
Sean Phillips and Ed Brubaker continue their fruitful partnership in this richly atmospheric noir. Fade Out goes even deeper than Sunset Boulevard into the lurid underbelly of Hollywood’s glamorous Golden Age. A must for fans of classic films and their accompanying era and cultural lore. 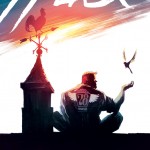 5. Huck (Image)
Okay, so only one issue of this story about a Forrest Gump-like superhero has come out so far but it was so wonderful, and I fell so in love with it, that I couldn’t bear to not include it. Gorgeous art by Rafael Albuquerque with Mark Millar at his soft-hearted best. 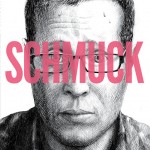 A belly-achingly funny (and sad) look at the serial train-wreck dates of Adam Kessler, a neurotic New Yorker looking for love and connection in the Big Apple. The recent passing of writer Seth Kushner adds a certain poignancy to the book, and a diverse team of great artists bring Kushner’s private humiliations to hilarious life. 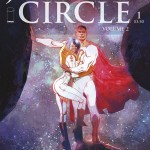 3. Jupiter’s Circle (Image)
Quite different in feel from Jupiter’s Legacy, this is part Mad Men, part Watchmen–all Mark Millar. With terrific art by Wilfredo Torres and Frank Quietly, this is a bold re-envisioning of the Silver Age of comics and is very much my favorite superhero title at the moment. 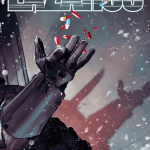 2. Lazarus (Image)
Issue after issue of Greg Rucka and Michael Lark’s dark, compelling sci-fi series just never fails to deliver. Will the TV show do it justice? Honestly, I don’t think it matters. The comic is complete unto itself and doesn’t need an adaptation to validate it. This is an amazing book. 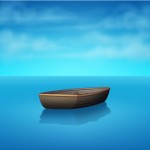 1. Alex + Ada (Image)
Meditatively paced and achingly beautiful, Jonathan Luna and Sarah Vaughn’s masterpiece is not just one of my favorite comics of all time but also one of my favorite science fiction stories from any narrative medium be it film, TV or literature. Some of the emotional effects it is able to evoke in the reader could have only been done, I think, through the unique and wondrous medium that is the comic book.