Blasts from the past; I think that makes up the dominant theme in the choice of reading comics for this week. It’s something I was saying to my principal this week: if something works well, why does it need to be changed? When you teach kids to understand literature, you don’t have to look at the newest titles; you look at what has worked in the past.

Take Marvel’s Nightcrawler #11 for instance; this is a book that hearkens directly back to Chris Claremont’s days working on Excalibur. Not only is it about Nightcrawler, a resurrected hero, but it also features Warwolves, mutant-hunting Hounds and is based in the Omniverse. These are all elements that definitely saw their heydays in the late 80’s and early 90’s but also represented a hallmark period in Claremont’s career. Even artist Todd Nauck‘s style seems reminiscent of Alan Davis’s, Claremont’s partner on Excalibur. 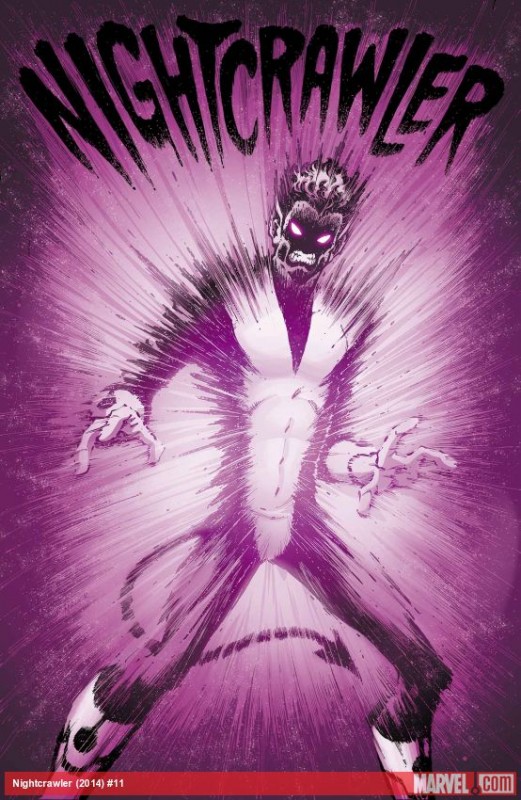 Excalibur was one of my favourite comics. I really enjoy seeing Nightcrawler evoke these elements and consequently, memories. Yeah, I’m driven by nostalgia – what can I say?

Speaking of nostalgia, Guardians of the Galaxy #24 is a completely nostalgia-driven idea – has been for the last twenty four issues. However, it has become a new title in its own right. A younger generation will read this comic with the attitude that it’s brand new, but Drax, Star-Lord, Gamora and even Rocket Raccoon are all figures from the 70’s and 80’s reinvented for a new decade. Heck, even the title is from the 1960’s. 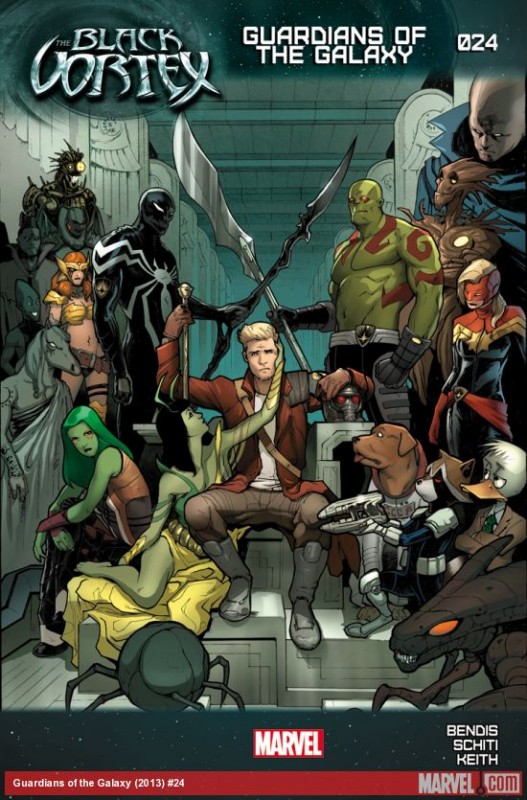 This particular issue is a tie-in to the Black Vortex event, which I have to confess, I’m just not enjoying. It’s too complicated with way too many characters (which obviously is intended to maximize the exposure over different titles) and has too many similarities to the Phoenix Force saga in the X-Men a couple of years back. In fact, it’s even mentioned in this issue. Essentially, this is just a gap-filler – you know, so that your collection of series doesn’t have any holes?

Darth Vader #1 is a comic I’ve been looking forward to though that also re-invents those happy moments of my youth. I confess though that I had my initial doubts about the workability of this book. For $4.99 it’s definitely pricy and you can tell that Marvel is milking its dominance over this franchise. 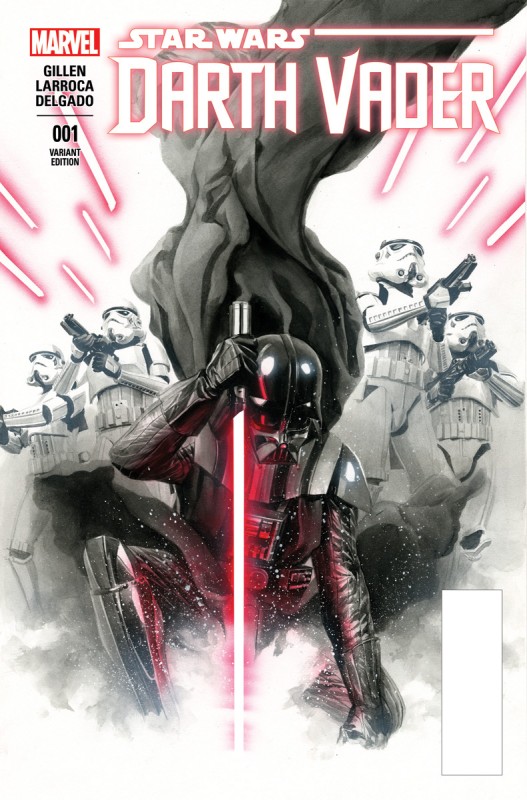 Still, it was good. I can’t deny its excellence. Darth Vader has to atone for his failure at the Battle of Yavin and it’s really cool to see him interact with Jabba the Hutt. Completely dominated by foreshadowing, this was an awesome testament to the power of Darth Vader at his worst. Forget about force-choking imbecilic Imperial officers, we also see Vader’s strategic, manipulative side. We are reminded why he is the embodiment of the Dark Side. Great book.

Vertigo’s Astro City #20 continues in the tradition of renewed great comics. Originally published in the mid-1990’s, it was one of those rare excellent exceptions of the 90’s comic scene. It saw more life in its Dark Age years in 2003 but has found new ground and a new audience in 2014 and today. 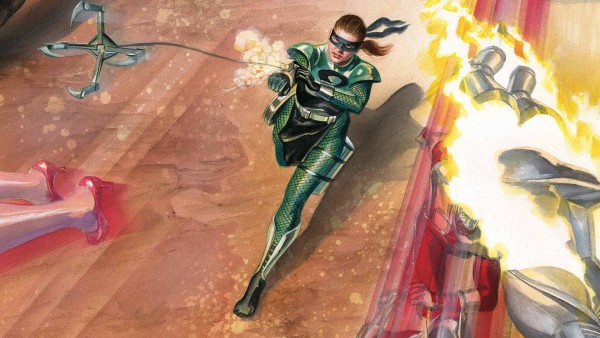 It is a glorious comic that plays with the idea that super-heroes have real-life problems as well. This is the third issue in a story arc that focuses mostly on Quarrel and Crackerjack – two heroes without special powers and who are faced with the prospect of aging. It’s been a real adventure in perception and seeing the toll it takes on relationships and the daily need to train to maintain peak physical perfection. All these characters do is train, eat, fight crime and train some more to keep up with the meta-humans who have an easy ride because of their cosmic powers or alien physiologies. It’s been a fascinating study in character dynamics and the myth of the super-hero. Just an awesome series that you need to read if you love super-heroes.

DC’s Secret Six #2 is also resurrecting a nearly obscure title from the mid-2000’s with a new line-up of characters except for Catman. Given that this falls under the New 52 moniker, it’s another re-invention. I really like Gail Simone’s writing. Her love of presenting backgrounds really strikes home with me and I am enjoying the way in which she is presenting Catman to a new audience. While Ken Lashley isn’t a bad artist, I still can’t drag my attention away from Dale Eaglesham’s cover. I just wish Dale was providing the penciling on this book. I love his work and would really like to see him on a title that has as much promise as this one does. 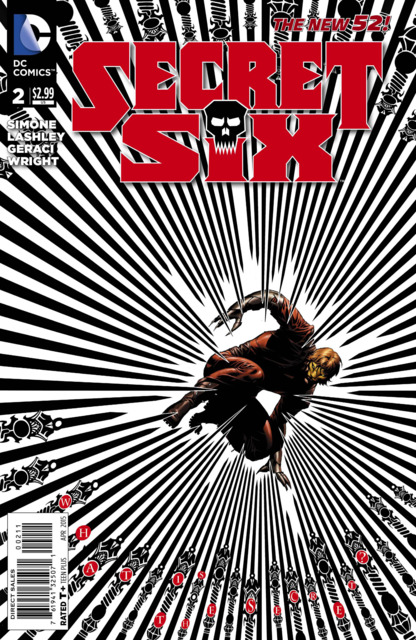 So after considering all of these memory-evoking retro titles, I have to go with Keiron Gillen and Salvador Larroca’s Star Wars: Darth Vader #1 as this week’s pick. Given that this character is over thirty-eight years old, it still manages to personify evil for younger readers whose geek-parents have taught their children about him. Star Wars remains one of the most enduring and iconic pop-culture forces (no pun intended) in modern media. How can anything compete with a comic devoted to it?

Yeah, why bother trying to re-invent the wheel when what’s past-proven works? All Marvel had to do to get a winning title is to be bought out by a near-omnipotent parent company and purchase a multi-million dollar franchise? Simple enough formula if you’ve got the bucks, but despite the scale, the principle is incredibly simple: look for previously successful stuff and make comics about that.