Time to relax and fall into a world of comics! Awesome selection this week – let’s delve right in. 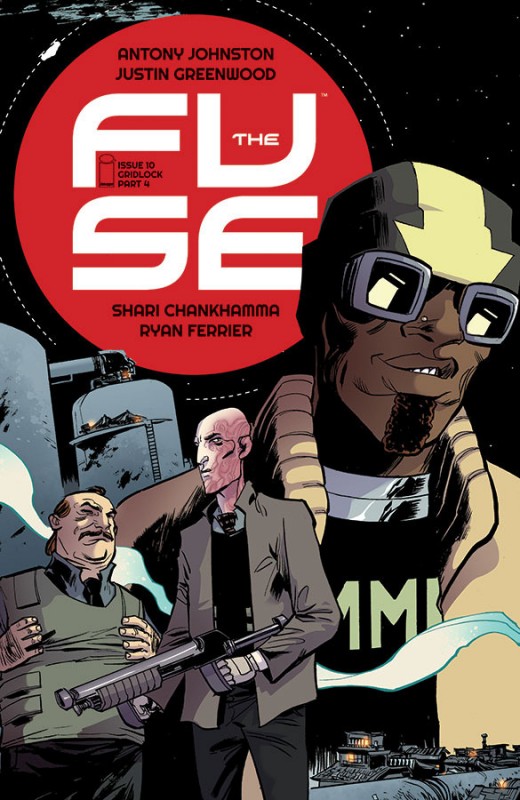 This is rich. Seriously, rich police drama in space. I can’t get enough of this comic. Anthony Johnston manages to weave a staggeringly complex story of corruption, terrorism and illegal bike racing on the surface of the massive space station nicknamed the Fuse. This is part four of the story arc “Gridlocked”. Justin Greenwood’s art is action-packed and filled with dynamism. It’s a great comic and the chemistry between the two lead characters is lifted directly from any decent cop story you can think of. 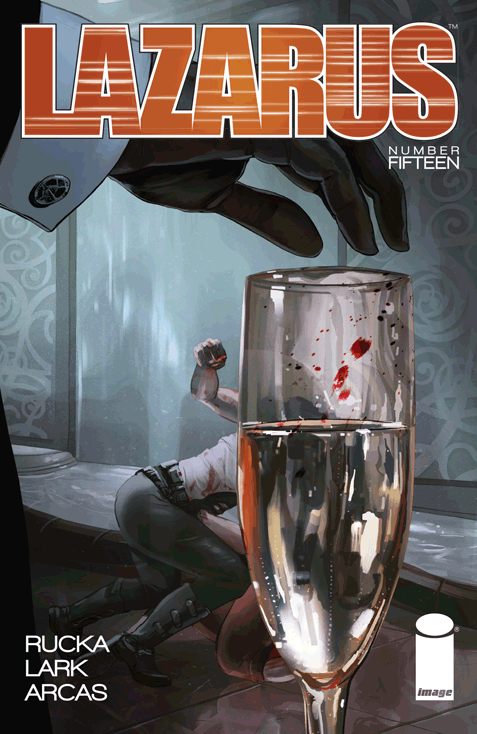 My favourite comic; it’s a foregone conclusion that I’m going to give this a great review. I guess the only thing I need to do is to get others to read this book too. So, in terms of what compels me to read this book is its unique background. This comic reduces the future of the earth not to some mere post-apocalyptic state, but to something worse: economic ruin. It’s amazing to think that the idea of a collapsed world economy could have such drastic ramifications, but Greg Rucka has hit upon a truly unique way to destroy the world and recreate it in a new science fiction setting where the wealth has been concentrated in the hands of powerful families who dominate distinctive science fields.

This is a harsh issue to read. The Lazaruses – champions of these families are a breed set apart from even their families. They are engineered in a variety of ways (genetically, cybernetically, et. al.) to serve in combat or whatever way their families require. They are friends despite these family bonds … so what if these friends are ordered to fight each other? It is a powerful issue with panels of bloody combat and an ending that threatens to rock the foundations of this world that Rucka and Lark have constructed.

Forever Carlyle has become one of the most innovative characters in comicdom. The thing is, fifteen issues are barely enough to scratch the surface of this most unique character. There is more that needs to be discovered and it can’t be done if people aren’t reading this book! So … keep Forever alive and buy it. Simple enough reason to buy it? 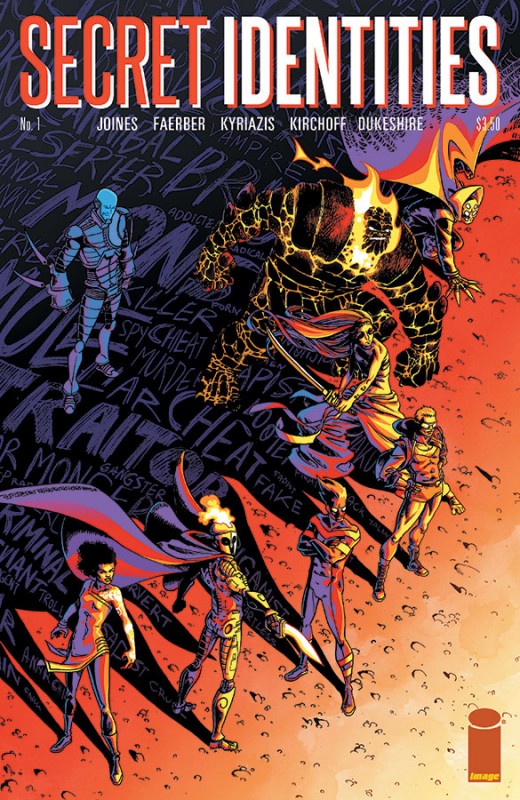 This is a real team production. Written by Jay Faerber and Brian Joines and drawn by Ilias Kyriazis, the colours are by Charlie Kirchoff and lettering is done by Ed Dukeshire. But what really got my attention is that the comic opens with a setting based in Toronto.

Can’t get a Canadian comic reader’s attention better than that.

Moreover, what also intrigued me was the inspiration for this comic was one of my all-time favourite Teen Titans story arcs from the 1980’s: The Judas Contract. If you aren’t familiar with this arc, then you have some serious reading to do before you can call yourself a serious comic reader. If you know what this arc is about then you have an idea of what Secret Identities is about. 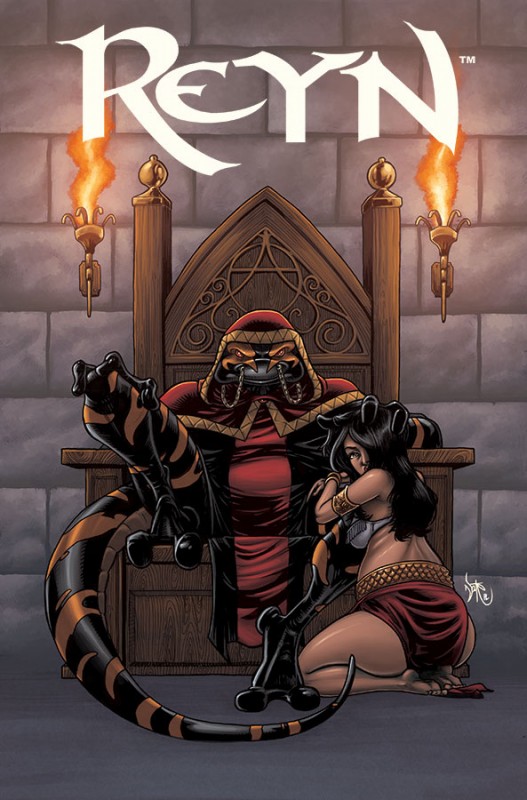 Definitely fun. Sword and sorcery comics are in short supply in my opinion and it’s great to see the genre getting some love. If you’re looking for an adventure in this milieu then I certainly direct your attention to yet another rollicking adventure from Messrs. Symons and Stockman. 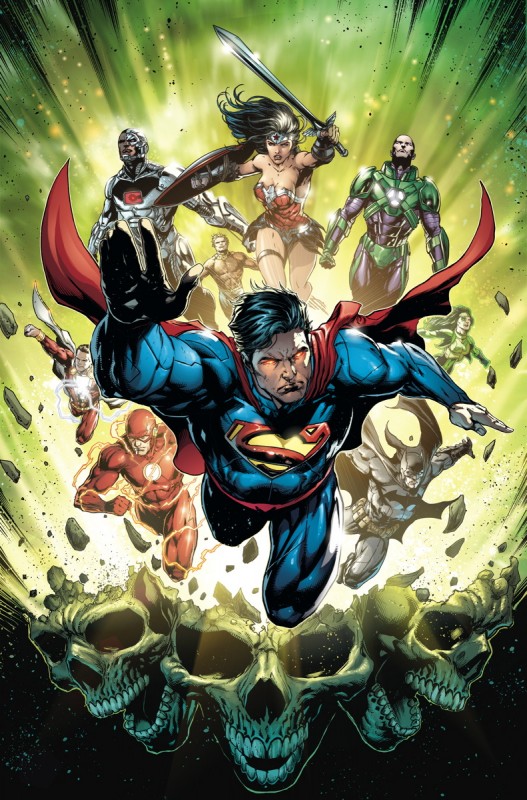 A solid conclusion to the Amazo Virus story arc, I have to confess that despite my general intolerance to the New 52 reboots, I actually like this version of Amazo better than the old one. A biological version rather than a robotic one that has a better re-imagining of hijacking the League’s powers; I never really accepted the robotic one anyway, so well done Geoff Johns and Jason Fabok. 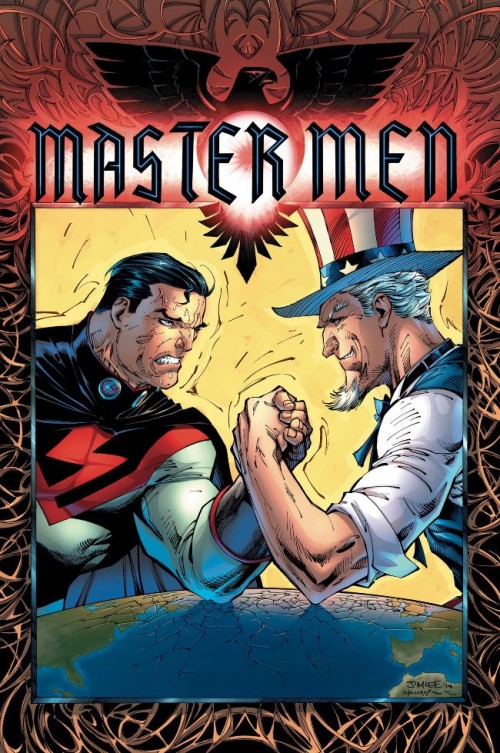 Jim Lee and Grant Morrison: now THAT’S a power combo and enough of a combo for me to want to pick this book up. But any book that begins with an image of Adolf Hitler taking a dump and reading a comic makes me want to ask a few questions.

An incredible one-shot that looks at the alternate universe in which Kal-El landed in 1940’s Germany assuring Hitler’s victory and a re-imagined Justice League known as the New Reichsmen. This is what comics are meant to do: explore new frontiers and push the limits in ways that only graphic storytelling can do. I really enjoyed this book. 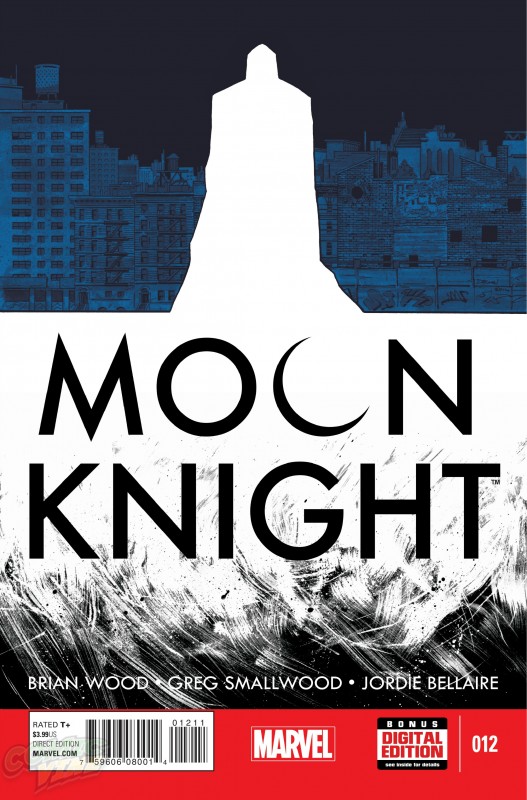 Sadly, I was not overly impressed with the conclusion to this story arc. In this arc, Khon-shu, the Egyptian deity from whom Marc Spector derives his powers, had reneged on their partnership. In this arc we see Spector competing with another avatar and Khon-shu revealing himself to be somewhat of a fickle patron.

Without giving anything away, the ending wasn’t satisfying. It was vague, left too much to speculation and just didn’t give Spector his due reward. It was a disappointing conclusion in a comic that has been nothing but stellar to this point. Hopefully Brian Wood has something better stashed away for next issue. 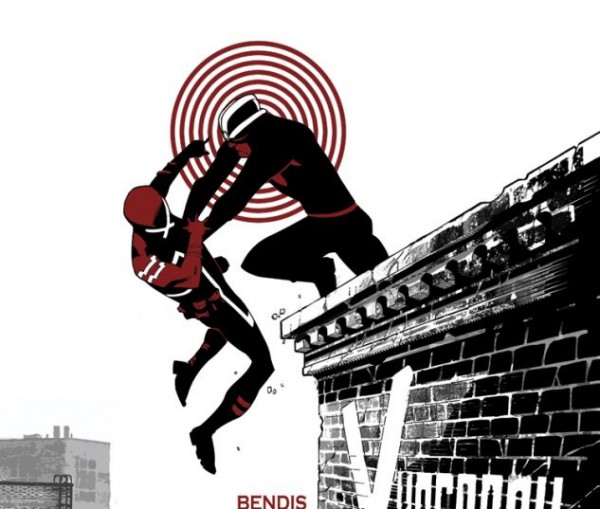 A misleading cover and another disappointing ending, especially after the misbegotten hope this book has instilled within me for the past few issues. In all candor, I feel like a victim of bait-and-switch. I suppose bringing Charles Xavier back to the land of the living would have seen predictable and trite but it’s not like it hasn’t worked before (ahem … Nightcrawler).

The thing about Chris Bachalo’s art is that all the characters without masks tend to look like each other. 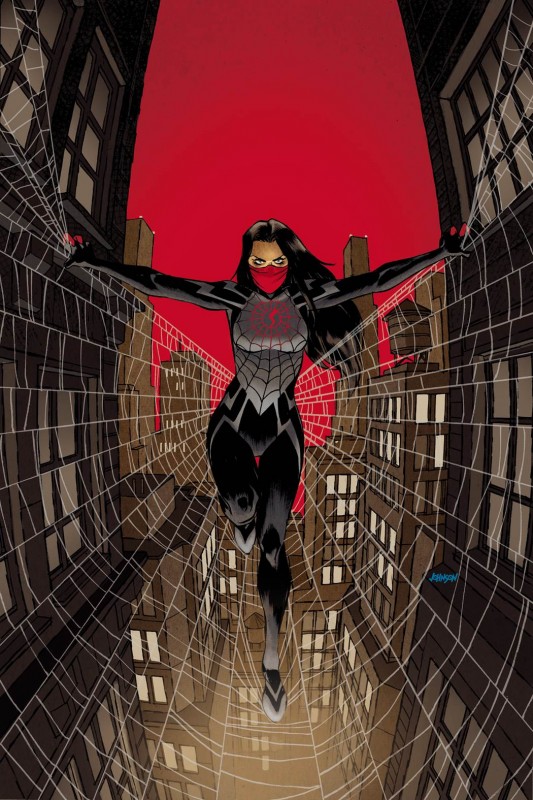 To make matters worse, I have fallen prey to the fool’s gold of the number one.

I really don’t get this whole “Spider-Verse” thing.  I mean, an entire multi-verse devoted to various incarnations of Spider-Man just seems to be incredibly superfluous. Silk is a by-product of that and to make matters worse she’s nothing more than a teen, female, Asian version of Peter Parker. I know Marvel is desperate to re-invent itself, but this is a little too much. 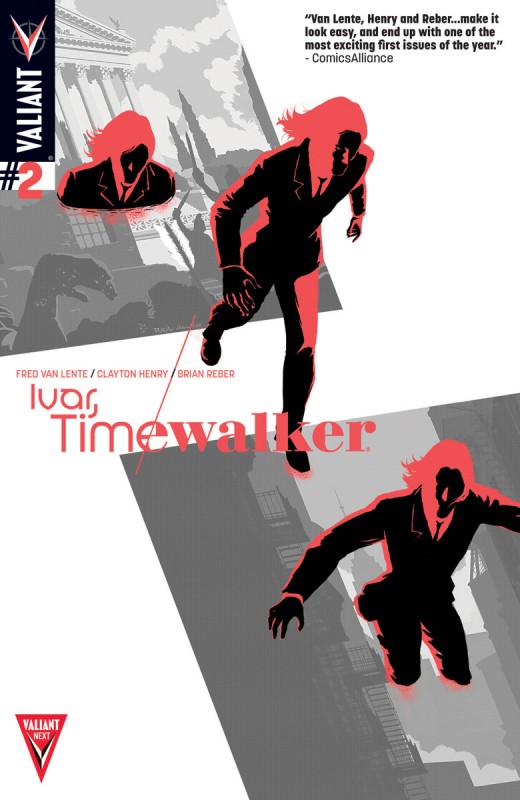 Fred Van Lente got my attention last month with this amazing debut. This is just a really cool jaunt through time, loaded with rich (and I’m borrowing a phrase here) “timey-wimey” conjecture about the nature of chronal exploration. A pretty cool feature of this book is that apparently, every noob time-traveler always tries to kill Hitler. It’s like a rite of passage and in order to prevent the fabric of time from unravelling, everyone’s favourite Nazi must be protected from assassination.

Ivar Timewalker still has yet to reveal his grand plan, but I’m already anticipating issue #3. This is a great book and definitely holds a lot of promise

So, the pick for my book of the week has got to go to:

In all truth, I would have loved to give it to Lazarus again, but the thing about Lazarus is that it continually, consistently good. It maintains a level of excellence that I actually am used to on a regular basis. I’m convinced it will always be great.

But Mastermen was a one-shot. Will it happen again? I don’t know … in fact, I have to say that I haven’t been a fan of the last few Multiversity titles; but this one was just great. Maybe it was the synchronicity between Lee and Morrison, or maybe I just like alternate history stories. Whatever it was, this comic rocked.

That’s it for this week. Tune in next week for more escapism!