There’s a dark theme that seems to be consistent with this week’s pulls. I remember when the darker side of comics was a rare thing: daring in terms of presenting stories from a more realistic perspective as opposed to the usual four-colour dramatic manner. The early to mid-80’s saw the start of this trend with titles like Mazzucchelli and Miller’s run on Daredevil, Chris Claremont’s Magik or Marv Wolfman and George Perez’s “The Judas Contract” in the Teen Titans.

Those were epic scale stories that showed the darker underbelly of superheroes and their adventures. But now, darkness just seems to prevail in modern comics. It’s an interesting reflection on what creators believe readers want from their comics and it begs the question, is this how we want to see our heroes now?

If we look at the way television portrays the comic heroes a lot of us grew up with, it seems that dark is popular. Episodes of The Flash contain dark threads that constantly threaten Barry Allen’s good-natured humour. Arrow is portrayed as a brooding, shadowy anti-hero instead of the politically volatile and rebellious Oliver Queen that dominated DC’s Green Arrow titles for many years. Don’t even get me started on Marvel’s Agents of SHIELD.

To be trite, I think modern readers want to see their heroes flawed. It’s too destructive when our heroes make a mistake. When a knight falls off his horse, it’s really difficult to get him back on it again. It’s a lot of effort. So we want to give our heroes some wiggle room in order to forgive them when they stray from the path. A little bit of dark makes them more relatable. In the eighties, it was novel, but soon it became common practice to see our heroes in a more humanistic perspective.

Whatever the reason, and without a doubt, dark is where it’s at. So let’s jump in and explore the darkness in this week’s pick of titles. 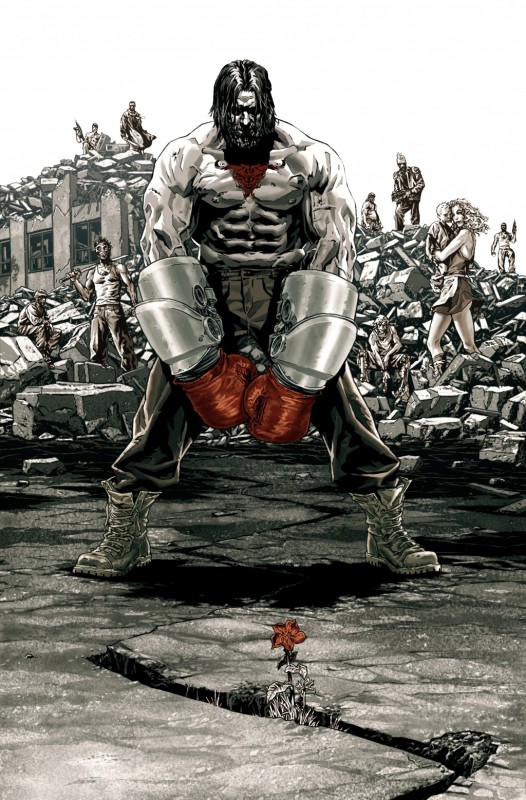 The name alone just starts us down the dark path and Lee Bermejo is a great artist choice for gritty characters who seem to revel in their baser natures, but he totally surprised me with his writing. I didn’t expect that I would enjoy this premiere issue so much. The division between Los and New Angeles after the great earthquake divided this city into people who debase themselves in the violence of futuristic and cybernetic gladiatorial combat is a real statement on the development of humanity. It’s a powerful story that weaves in themes of illegal immigration as well as the dominance of corporate media in a post-apocalyptic society. Excellent story and definitely worth taking a look at. 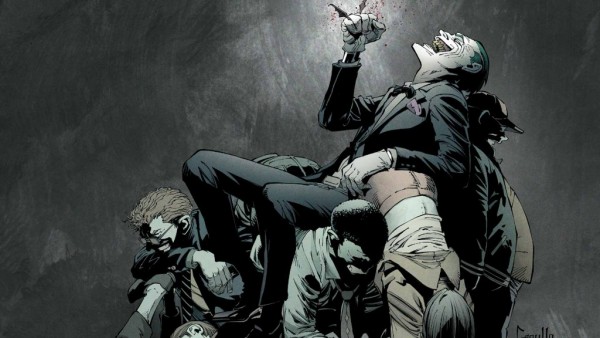 The cover alone should indicate the depths of dim despair the Batman has fallen into in this issue. Scott Snyder truly understands the shadows of the Joker’s soul and the intricacies of his machinations. It is definitely a black time in Gotham: the Joker’s neuro-toxin has penetrated the bulk of the population, throwing the city into chaos. In the last issue, Batman was forced to go to the Court of Owls for help.

I just don’t buy Batman’s response to the situation in this issue.  The Court of Owls is nothing but a red herring. I hate to drop a spoiler, but nothing comes out of that and in fact, the next step of Batman’s response just seems to be unbelievable. I hate to say it, but I was really enjoying the Endgame story arc, until I got to this issue. Perhaps there will be better resolution in the next issue, but I wasn’t convinced by this plot development. 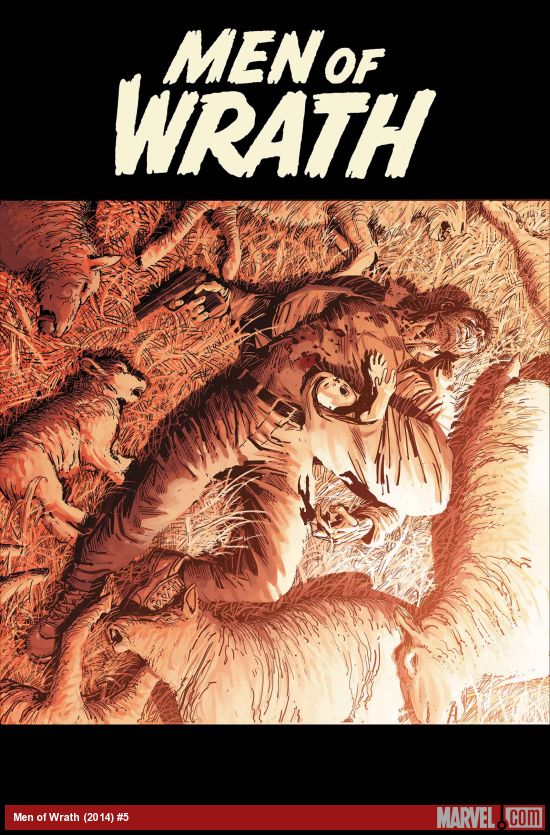 Now the question that I am dying to ask is: is it all over? Just like that? Five issues of blazing ultra-violence as we come to discover what happens to Ira Rath and his son, Reuben? This is a dark, dark story with no trace of heroism in it, yet the last few pages breathe a spark of redemption into the story. But, does it end here?

I hope not. The Rath family is a strangely compelling one to read about but I would have liked to see it further explored. If this is the end, then Jason Aaron is cheating comic readers about an amazing story that could be developed further. If this is the last issue, then there’s my criticism. 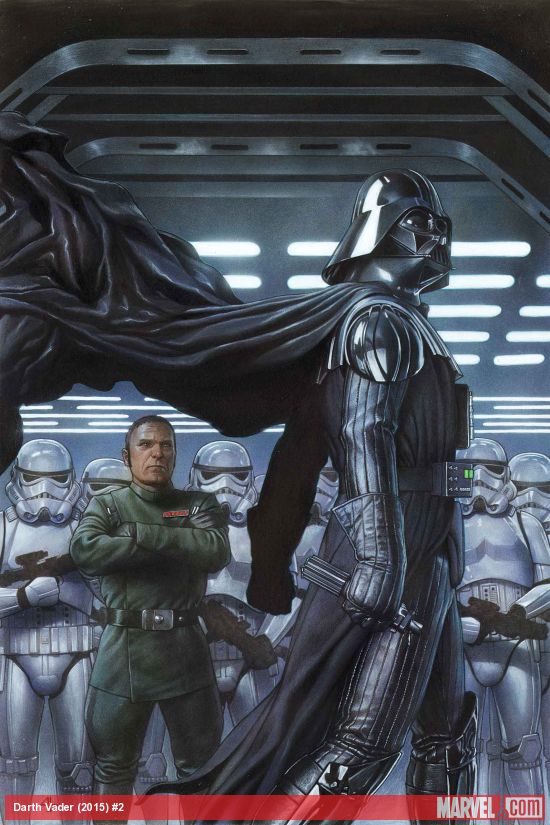 It’s not really appropriate to make “squee-ing” noises in anticipation of reading this book. Darth Vader has to be the epitomization of evil as personified by a character and the most recognizable one in the last fifty years. There aren’t too many other characters who rank up there with him. This is as probably as dark as it gets.

The fascination in reading this book is to see how evil he can be. We know of his origins from Star Wars,  Episode III – even though some of us may not have enjoyed it. Like it or not, it’s canon. But the fascination still remains to just see what he was like after the Death Star was destroyed. What was his punishment? How does he manage to regain his status in the eyes of the Emperor and how does he learn about Luke Skywalker and company?

That’s the objective in Marvel’s new run on Star Wars. Disney and Marvel now have free reign to do whatever they like to the Star Wars universe, which involved recreating the myth of Darth Vader. I remember Walt Simonson relating that during his stint on Star Wars for Marvel back in the 1980’s they used to pitch the most ridiculous ideas to Lucasfilm to see what they would reject. You see, if Marvel ever got too close to a storyline that Lucasfilm would use in the movies, then they would know what Lucasfilm was planning. Now Marvel doesn’t have that problem – in essence they ARE Star Wars now.

This is an amazing issue that displays Vader’s ability to deceive and obfuscate his enemies. We get snippets of his pilot skill as well as his prowess as a warrior at the same time. Showing these aspects of his personality makes him more of the all-powerful villain we know. Great art, great story – Marvel has truly fallen to the power of the Dark Side. 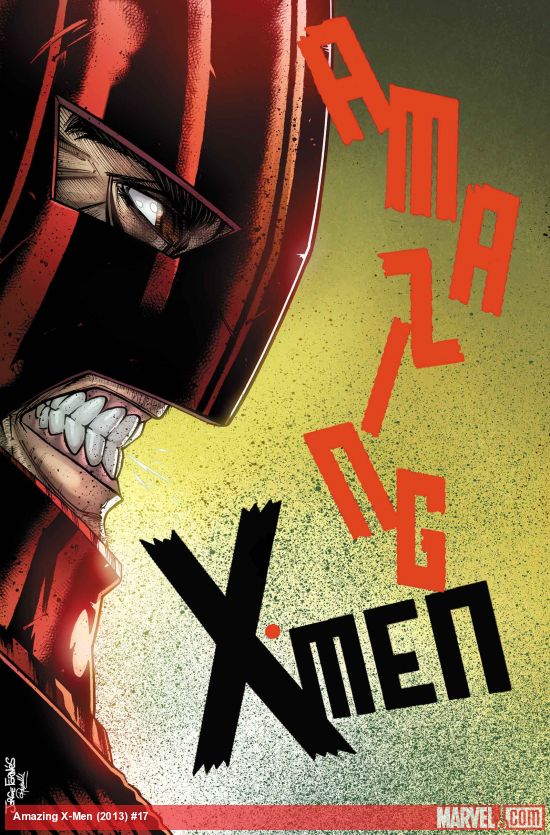 The Once and Future Juggernaut continues in this issue; part three of four, I believe. Good cover.

I’m not crazy about Fornes’ art, but I have to confess this was a better development in this story than I expected. Of course, Christopher Yost is no slouch and he managed to make this arc better. I confess that I don’t know how he will wrap it up in only one more issue though.

This issue looks at a dark part of Colossus’s history and explores some redemption. Maybe he will get it – who knows? But playing with the power of a demon like Cyttorak makes for a decent story. 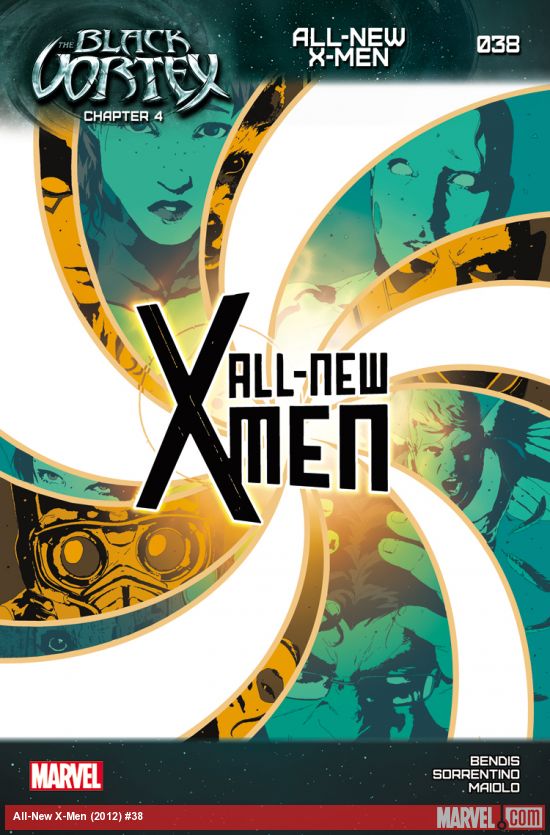 I will admit that I’m not a fan of Andrea Sorrentino’s art. Sorry. I said it. It’s fragmentary, vague and in some places undefined. I also can’t help but notice that her portrayal of the characters I’m used to don’t even traditionally resemble them.

But this whole comic is further marred by the fact that Storm is in two places at once. In the previous comic, she is fighting the Living Monolith in Cytorrak’s shrine. In this title, she is on the moon of Spartax, trying to defend against the temptation of the black vortex from evolving her to her highest potential.

I give up on following this title. I mean, what’s the point of having a universe if you’re going to make it unbelievable? 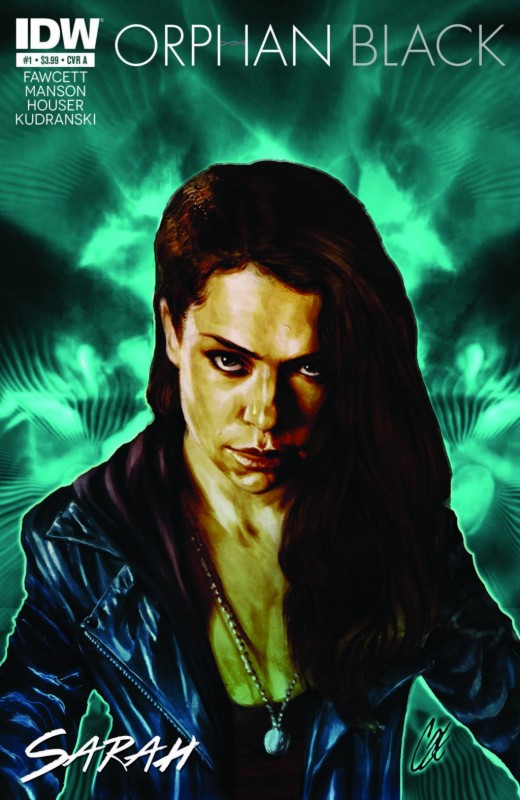 Wow. I’m not a follower of the show, but what’s pretty cool about this comic is the absolute precision and attention to detail. Likenesses of real-life figures are really difficult to achieve but Szymon Kudranski does a really good job of it.

When it comes to stories of dark intrigue, Orphan Black pretty much has it sewn up. Mysterious plots of multiple clones and their origins is definitely good material for a dark themed comic. While this was a fairly good recapping of the first episode, there were still bits that seemed artificially forced. I was impressed with the art and while the level of adaptation was good, I think I would have liked to see this from another clone’s perspective or perhaps another angle on the whole idea.

Of course, the problem with this type of comic is that it’s restricted by the direction of the television show. Given that the show has just completed its first season, it’s still up in the air as to where it will go. I have to say though, I did really like all the Canadiana that was still kept in the comic. People may not know that the show is filmed in Toronto. Seeing elements of my city in comic form was pretty cool.

As we come to the end of the dark-themed comics for this week, my choice for the best of the bunch has to go to:

It seems unfair. I mean, Vader has over thirty five years of accumulated evil to rely on while the characters in this week’s selections have barely enough experience to match. Of course, the Joker has to be the exception to that, but this week, if you read Batman #39 and compare the Joker’s activities to Vader’s skillful and masterful deceit combined with his seething anger, powers and battle skill, I think you’d have to agree with me that he gets the nod for being the darkest and most powerful villain this week. After all, the Joker has an entire city in the grips of chaos and blind madness while Vader has skillfully destroyed a starship, an entire planetoid, deceived the ruler of an entire galactic empire… wait; just read it; you’ll see what I mean.

What makes VadeR so compelling a villain is his ability to show no flaws. We know of his origins as Anakin Skywalker – a failed Jedi who succumbed to the seductive power of the Dark Side of the Force, but the real draw to this comic is just how good he is at being evil. Vader works because of his perfection. He is the ultimate expression of a villain in literature, and everyone loves a winner, even if he is on the wrong side.

Adi Granov’s cover shows Vader striding confidently in all his evil majesty. Keiron Gillan’s writing has perfectly captured his dialogue and speech patterns while Salvador Larroca’s art fully displays his power. Marvel has its “A” talent on this comic (as well as the other Star Wars titles) which means you really need to read it.

Until the next time, indulge in evil; it’s great entertainment.