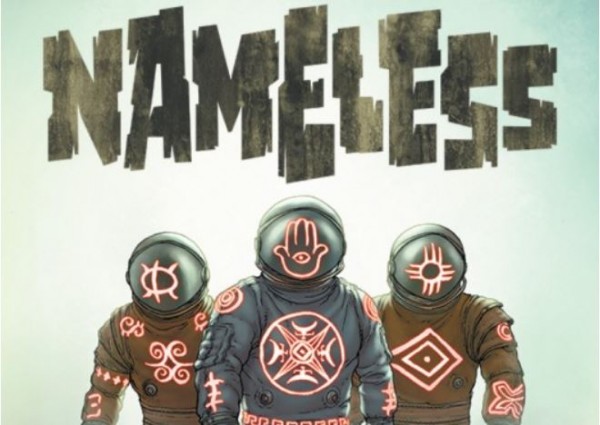 The myth of the first issue.

You know, number one issues were all the rage when I was growing up. Everyone wanted a number one of a new comic series, regardless of whether you were interested in it or not. Today? Not so much. Number ones are popping up all over the place. It’s only a few that are actually valuable. Take The Walking Dead for example. That is valuable, since the longevity of the comic has been proven and spawned a very successful television show. My Little Pony, however … not so much.

Just because it’s a #1 doesn’t mean it’s going to be a winner.

Still, number ones have a sense of place. A comic series needs to start somewhere, right? The trick is to know the creators, what trends are big in comics at the time and a sense of the track record of the publishing company. Take a look at Image: Image has had a great number of first editions come out lately and a good portion of them have been extremely successful, proportionately more successful than the first editions released by their larger compatriots. However, they have the advantage of continuity.

Continuity increases the value and effectiveness of a number one if it is maintained correctly. This doesn’t mean that it needs to be pure; it can be flexible but it needs to be believable and justifiable. Marvel and DC have done so much damage to their continuums that first editions are used as novelty sales without regard to the abuse they cause. A lot of their titles have died out. Relevance should decide the value in their cases, not simply being the first in a line of untested comics. When there is little story or unrelated story to link the comic to the continuum, it is reduced to a quick sales grab. Peggy Carter, Agent of SHIELD, released some weeks back, is an example of that.

Image, however, does not have a centralized continuum, which means their number ones are independent comics with more artistic content than the cheap sales ploys employed by their respective competition.  East of West has no relation to the other comics in the Image stable of titles, but it has emerged as a brilliant comic in its own right.

Take a look at the other titles in this week’s list and see what you think. 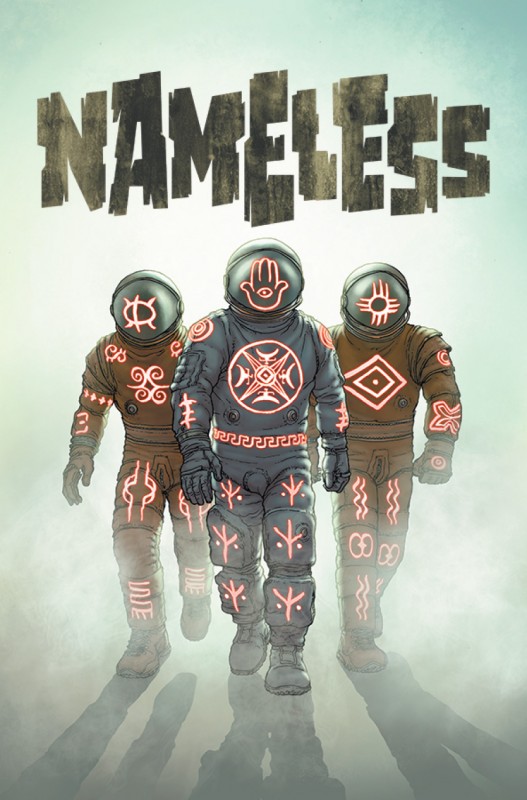 Okay – if you could mix ancient doom cults with space travel, this is what you would get, except it’s way better than that. Grant Morrison and Chris Burnham have written and visualized an incredibly mesmerizing tale that also involves lucid dreaming, Mayan mythology that even has a Glaswegian street setting. It’s a real hodge-podge of eclectic elements, but it works – oh, how it works! I immediately loved this book and I am seriously in withdrawals waiting for the next issue to appear. 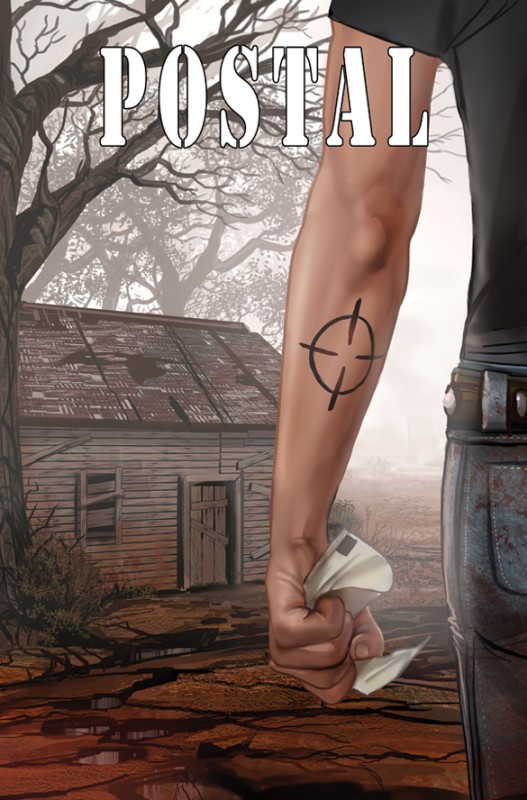 A tale of a small-time town that deals justice in its own way, as viewed through the eyes of a postman with Asperger’s Syndrome. Asperger’s is a mild form of autism in which a person is extremely literal-minded and understands little to no implied language or social nuances.

I was entertained by this. It’s an interesting and unexpected choice of protagonists and instantly you feel a connection for the postman. Though I have to confess the title led me to believe that this was going to feature more mindless violence. Still, it has a small-town noir feel to it – like a Twin Peaks vibe that definitely sets you up with expectations that don’t materialize. I like stories that keep you off your feet and make you guess. I have a feeling we will experience more of this vibe in future issues.

While this is a damn creepy comic, this issue seemed to be a bit of a placeholder – a staging point for the real action to begin. The pace has definitely slowed down in preparation for the inevitable encounter that is around the corner. This is worth going back and searching for #1 to add to your collection. 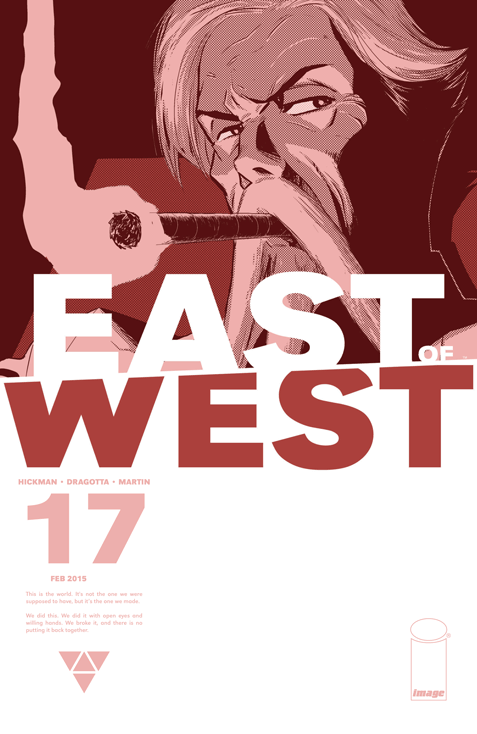 Unbelievably rich and full of dialogue that makes you ponder the surreal nature of this world of Hickman, Dragotta and Martin. It’s definitely a comic that places you in a completely alien future with very few familiarities, but just enough to give you a sense of referential context. Hickman is a wizard of creation and it’s no surprise that this book fell into my list of favourites for 2014. 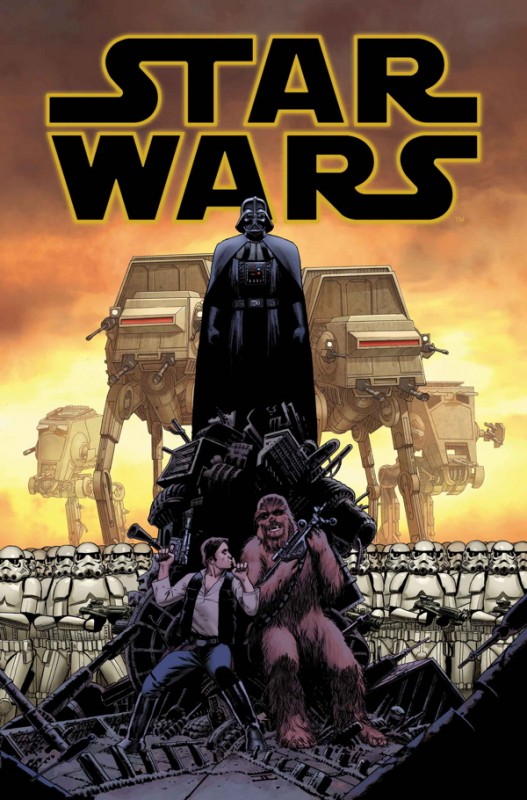 Let the joyride continue! I loved how Aaron and Cassaday framed Skywalker’s first meeting with Vader. When we saw this at the end of Issue #1, it just filled me with the same sense of anticipation I had all those years ago seeing The Empire Strikes Back in the theatre. This comic has the same irreverent and swashbuckling humour that the original films had. It is an unbelievably good book and truly Marvel has assembled all the right variables in motion for this book to succeed. Obviously they learned a great deal from Dark Horse Comics. 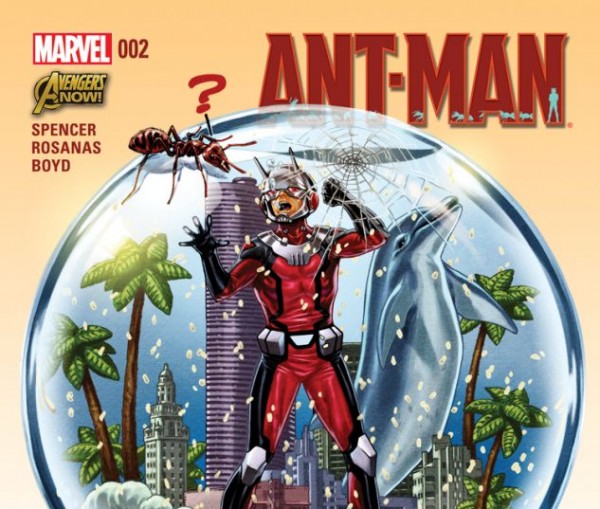 You know, irreverence seems to be working for Marvel these days. This is a great example of an anti-hero learning how to be a better person and developing some character. Spencer, Rosanas and Boyd definitely deserve some accolades for the planning that has obviously gone into the execution of this story. I have to confess that I was nervous about the re-introduction of Scott Lang, but this team has done a great job of presenting this second-string character in a first-rate and entertaining way. Well done, guys!

Guardians of the Galaxy & X-Men: The Black Vortex #1 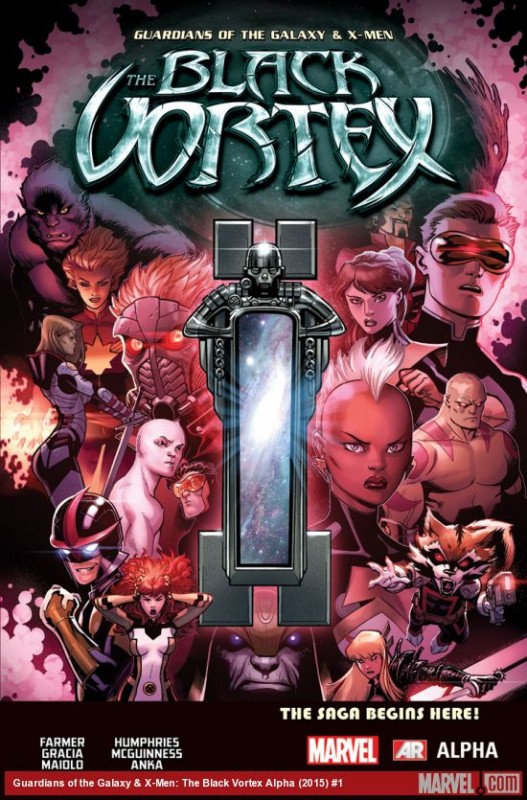 Wow … heck of a mouthful for a title and unfortunately, too much of a story to swallow. The pacing is all wrong on this book. Not only is there a whole bunch of back story that has to be explained to bring the reader up to date, but there’s also a 12 billion year old Celestial back story that is being told in between the main story simultaneously.

It’s too much. To add an extra monkey wrench into the works, the displaced X-men from the past are also mixed in with this in addition to Storm, Beast and Kitty Pryde … whose relationship with Peter Quill has now advanced to a closer one beyond that of long-distance interstellar phone calls. It’s too much to assimilate and this is a good reason why you don’t buy something just because it’s a number one.

The best of this week’s pulls has to go to …

Just incredible. I haven’t seen anything short of the Timothy Zahn “Heir to the Empire” series that have managed to recapture the original spirit of Episodes IV, V and VI. Marvel has certainly pulled out all the stops on this one … and so they should. Star Wars remains one of the most pivotal and influential stories of our time. This comic needs to be worthy of that and thankfully, Jason Aaron and John Cassaday are the right level of talent for the job.

So out of the titles above, the majority of the #1’s turned out to be great introductions to their series. However, I can’t help but notice that Image has the winners. Still, Marvel seems to have emerged this week as the overall victor with their well-executed presentation of one of the most beloved space fantasies of all time. Weird how their number two turned into a number one, huh? Must be from an established continuum or something.