Did anyone catch the release of Marvel Comics’ massive Star Wars Hardcover Omnibus? It collects the first 44 issues of Marvel’s coverage of the original issues from the 1970’s. It’s great. Art by Carmine Infantino, Walt Simonson, Howard Chaykin and writing by Roy Thomas, Chris Claremont and Archie Goodwin – among others.

It’s a direct recognition of the awesome talent that Marvel had at its disposal, but also a record of how willing they were to take a risk on this film. You see, its common knowledge that Marvel was facing bankruptcy at the time Roy Thomas made the decision to pursue the Star Wars license. It’s a complete success story and an example of striking out in a new direction.

It’s no surprise that comic publishers like Image Comics and their creators are doing so well these days. The variety and diversity that Image is producing really shows how strong their line is. It’s based on taking risks. Right now, I’m listening to Fearless Fred (@Fearless_Fred on Twitter) on Teletoon here in Toronto talk about his next guest – Chip Zdarsky (@zdarsky), one of Image’s creators from the comic Sex Criminals. He’ll be working on Marvel’s Howard the Duck; big career move and I can’t wait to see how to turns out.

Lots of exciting new ventures in this week’s line-ups. Let’s take a look: 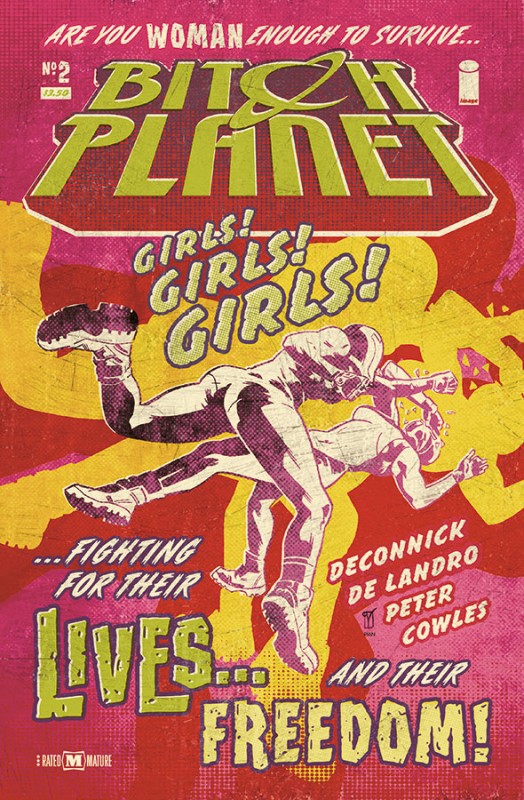 I might have misjudged this comic. I think the first issue came on a bit too strong – the message was drowned out by the overwhelming and pollutive comparisons to “Orange is the New Black”. Issue #2 brought out a really defining character that everyone could appreciate. From a guy’s perspective, there also seems to be a storyline developing into something akin to the classic Burt Reynolds’ film “The Longest Yard”. In short, I have to say I enjoyed this one, head and shoulders above issue #1.

The Dying and the Dead #1 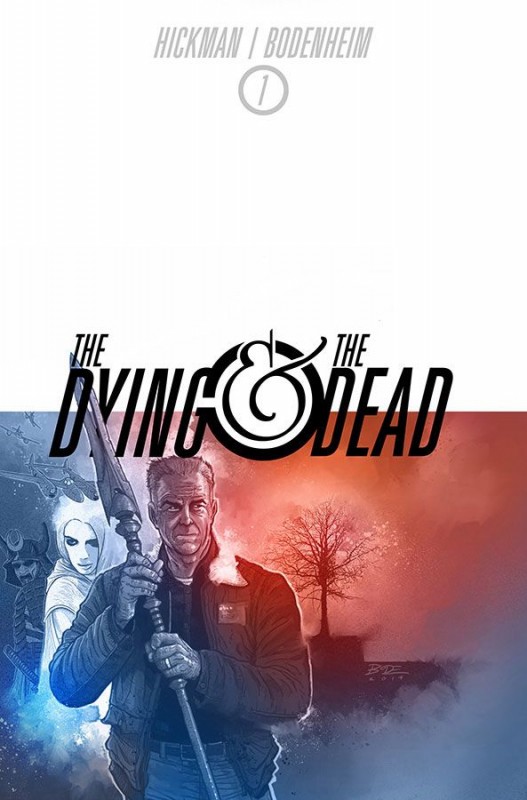 From Jonathan Hickman and Ryan Bodenheim (with Michael Garland providing colours) … what an awesome opening issue! Not only does it provide an introduction to a genuine Hickman-style enigmatic world, it also gives us some amazing characters to relate to. It has a Cabal-like vibe to it. Given the motivation for the main character is to save his wife from cancer, there’s a real sense of humanity in this comic that immediately struck me personally. I was really blown away by this book. You should really check it out. 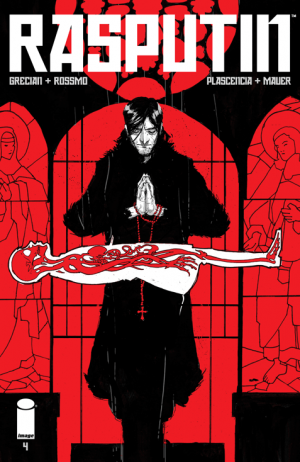 Each issue of this comic seems distantly connected to the previous one. It’s like we’re seeing episodes of Rasputin’s life at different stages. It’s hard to get a real sense of continuity. As much as I love Russian culture and history (and Rasputin ranks up there as one of my favourite historical characters of all time), this is becoming a little tedious. 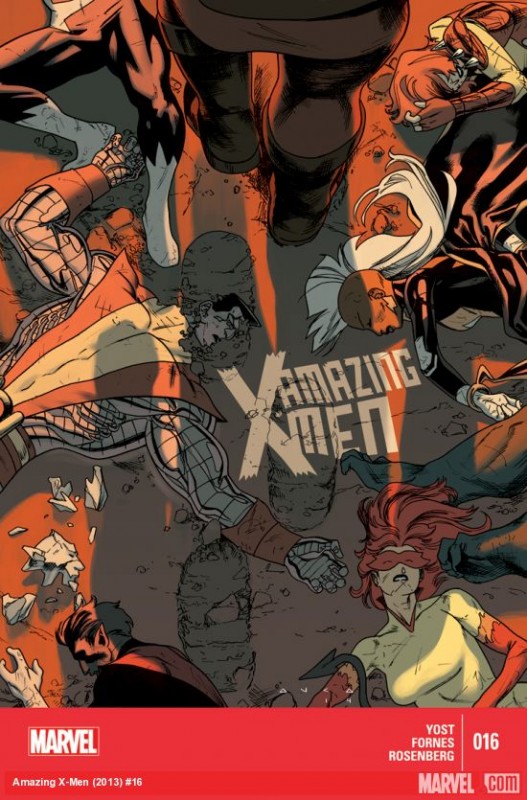 “The Once and Future Juggernaut” …

I want to like this, believe me. However, I think that Cain Marko should always be the Juggernaut. The only way this story arc can end is with that happening. I hate to sound reactionary and old-school continuum based, but he was a great Juggernaut; even when he tried to become good. It just didn’t excite me.

I know … I’m so X-dependent. However, the thing about this issue is … could this be the storyline that actually brings balance back to the X-Men? There are some pretty cool developments in this issue that could have some seriously positive repercussions on the X-titles, not to mention the return of an old friend.

The only thing that keeps me from fully swallowing the Kool-aid on this one is the light of Marvel’s announcement last week. If the 616 Universe is totally gone as we know it, then all of these potentially positive effects would mean … nothing. Just like that, hope flies away into the sun.

Sigh … well, it lasted about five minutes. But at least I’ll be able read Uncanny X-Men with a renewed sense of interest … for the next three months.

Staggering … just simply staggering. The rich dialogue in this book combined with incredibly dense yet comprehensive subject content … Scott Snyder has proven beyond a shadow of a doubt why he deserves to write the Batman. He manages to take us to an Apocalyptic Gotham where the Joker has not only seeded more chaos than the city has ever endured but he has also hamstrung the Batman by learning his identity. I honestly don’t know how Batman will prevail … which is the sign of an incredibly effective story. Full marks for this one. If you’re not following this storyline, you really need to.

My head hurts after reading this. I think the problem with this series is that it doesn’t get enough press. This is the first time the DC Multiverse has been packaged together for a more cohesive understanding of it. I haven’t enjoyed the previous ones, but this behemoth of a book actually put everything into context for me. After going through several DC Crisis events, now I have a better understanding of the present status of the different Earths in the DC Multiverse. But I feel I need more advertising to prepare me for what these are going to cover.

A massive undertaking. I hope Grant Morrison can keep everything together in order to prevent another reboot. 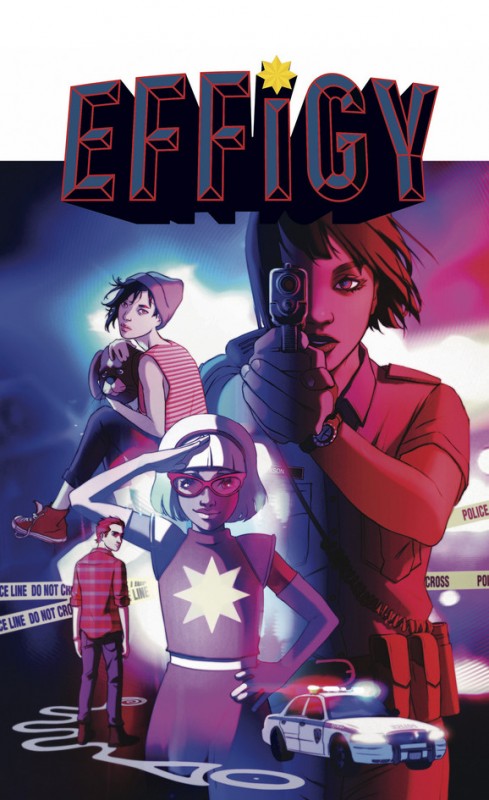 From the Vertigo imprint, this comic left me somewhat confused. There’s a great deal of seemingly unrelated elements in Effigy that left me with a sense of bewilderment rather than curiousity. An odd  assortment of characters, backgrounds and locations with a less than compelling plot all contributed to me just wondering what was going on in this book.

I did appreciate the humour. I could also sympathize with the main character’s plight, but for the most part I didn’t find her endearing or interesting. This book is a tough sell.

So, after all these titles, I have to give the pick of the week to:

The Dead and the Dying

The Colonel is a glorious throwback character to those aging, chivalrous, whisky-swilling, cigarette-smoking calm-as-hell characters who followed their own codes. He’s in good company with Clint Eastwood or Lee Marvin. He saw some strange stuff down there in the Hidden City but he doesn’t let it un-nerve him. The fact that he is following this adventure to save his dying wife from cancer makes him completely human … dealing with an inhuman problem. The additional fact that there is this hidden culture of super-humans living secretly makes it even more enjoyable and puzzling.

This is a heck of a safe risk: Hickman on a creator-owned comic? It’s a license to print money. I love Bodenheim’s art too … it’s straightforward and doesn’t distract from the storyline. It’s a great team-up and I’m looking forward to reading more.

That’s it for this week. Take a risk – read a comic you’ve never read before.