The end of 2016 was punctuated by the loss of yet another of my iconoclastic symbols of my childhood. We saw Alan Rickman leave us earlier this year followed by a number of notable geek icons, but now we are all saddened by the loss of Carrie Fisher aka Princess Leia Organa.

As a wise friend of mine quipped, “the magic of our childhood remains, but the magicians are disappearing.” Thank you for that poignant statement, Misty.

It’s pointless to wonder why all things must end, as they must inevitably do, but while we are intellectually able to understand why things all conclude in time, we are not prepared for the unavoidable accompanying sadness. I am more than deeply saddened … I feel old, and that is not a feeling I have associated with my pursuit of fandom.

This, of course, begs the question: how do the magicians who still remain with us maintain the magic? 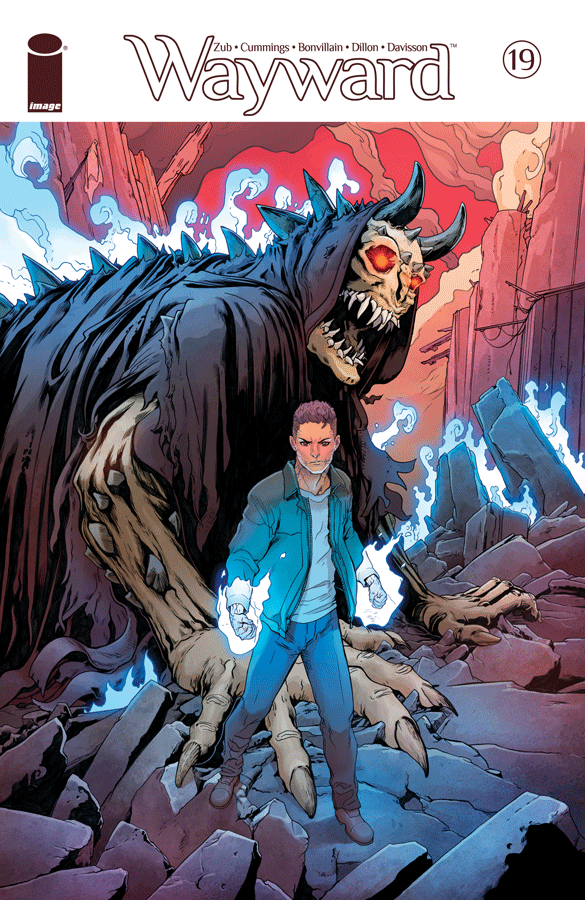 I have grown to look forward to another of Jim Zub’s and Steven Cummings’ Wayward as they regale us with another unconventional tale of Japanese mythology. Yet, it’s the unexpected appearance of European lore and mythology that they also manage to weave in and out throughout the story that not only lends support to the Japanese myths but also makes them easier to understand and accept.

Though I am not a Japanese lore expert, I do consider myself extremely well-versed in Celtic and British legends. I welcome these elements in Wayward as a comparative learning opportunity. Having them in this story acts like an anchor and allows me to understand more about Japanese lore. In fact, I consider Wayward to be a teaching resource given that each issue is always accompanied by an insightful and informative essay that describes not just the lore but also the culture of Japan.

If you haven’t picked up this book, I strongly urge you to do so. It’s definitely a unique comic-reading experience and certainly one that you don’t want to miss out on. 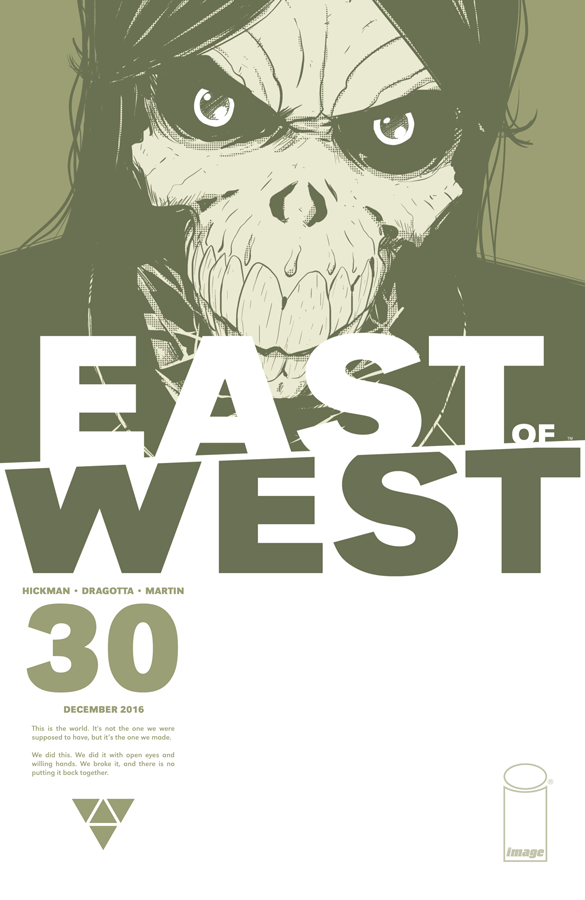 I love stories of broken worlds. In fact, I love anything that is broken and somehow tries to regain its lost shape. Doesn’t that effectively describe so many of us?

This is the world imagined by Jonathan Hickman and Nick Dragotta and I cannot see it ever taking final form.

It’s odd, but I was expecting this story to be over soon, yet for the life of me, it still continues. There is a climactic battle coming, in the near future, but when? Well, your guess is as good as mine at this point.

I enjoy this story, but it’s time for it to reach its inevitable conclusion. I can’t see how much longer it can be sustained. 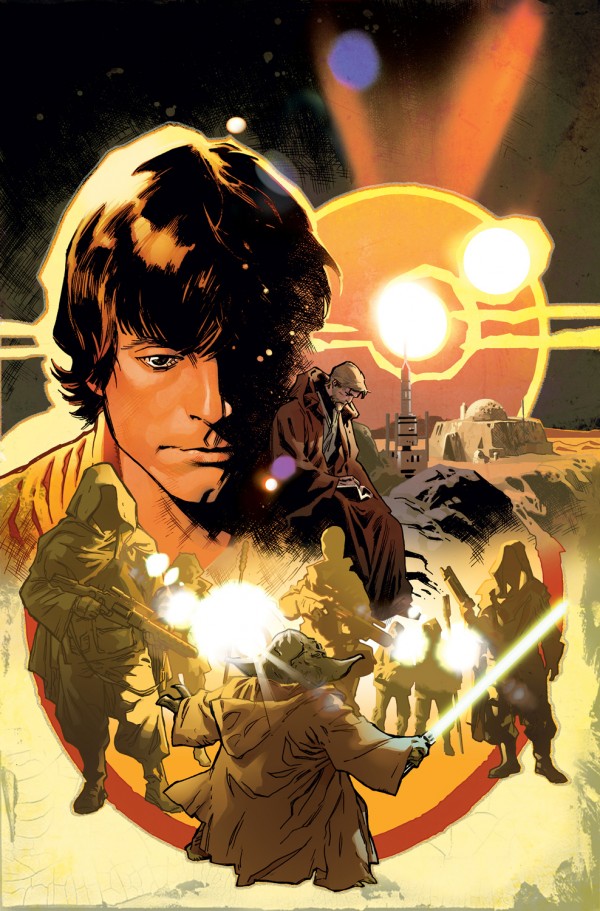 An interstitial moment between battles when Jason Aaron decides to delve back into the journal of Obi-Wan Kenobi to treat us to a story of previous Jedi Knights – and this time it’s about Yoda.

This one is a pretty cool backstory. Yoda deserves a lot more attention in order so that we ‘judge him not by his size’, but Aaron underplays him as he should. I never liked seeing Yoda move like Mighty Mouse against Count Dooku; not to say that wasn’t entertaining, but I always saw Yoda as a subtle Jedi Knight, constantly being underrated by his enemies. I found Aaron’s interpretation the same way, which was very reassuring.

Star Wars #26 gets my honorable mention for this week. Jason Aaron and Salvador Larroca always have my respect. 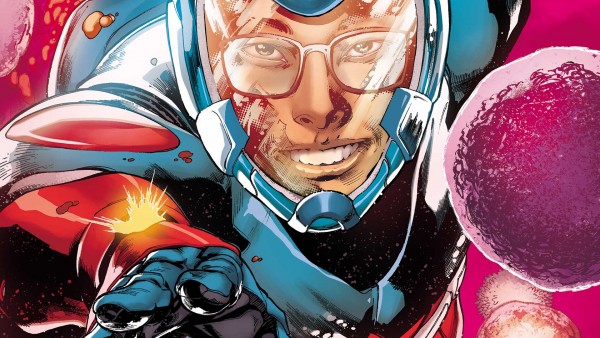 Not a bad re-invigoration of the Atom story written by Steve Orlando and drawn by Andy MacDonald. Ryan Choi certainly epitomizes the message that small things aren’t meaningless, which matters, especially to an underdog.

I relate to this iteration of Ryan Choi, more so than the last one. I think this is a Choi that a lot of folks can relate to, especially a comic-reading audience. After all, speaking as a member of that audience, we’re always looking to read about heroes; it makes sense to read a book about someone just like that.

Asthmatic, near-sighted and intellectual – what chance does he have at being a hero? Well, that’s the draw to this comic, isn’t it? It’s a great start and I definitely want to read more about this one.

The Fall and Rise of Captain Atom #1 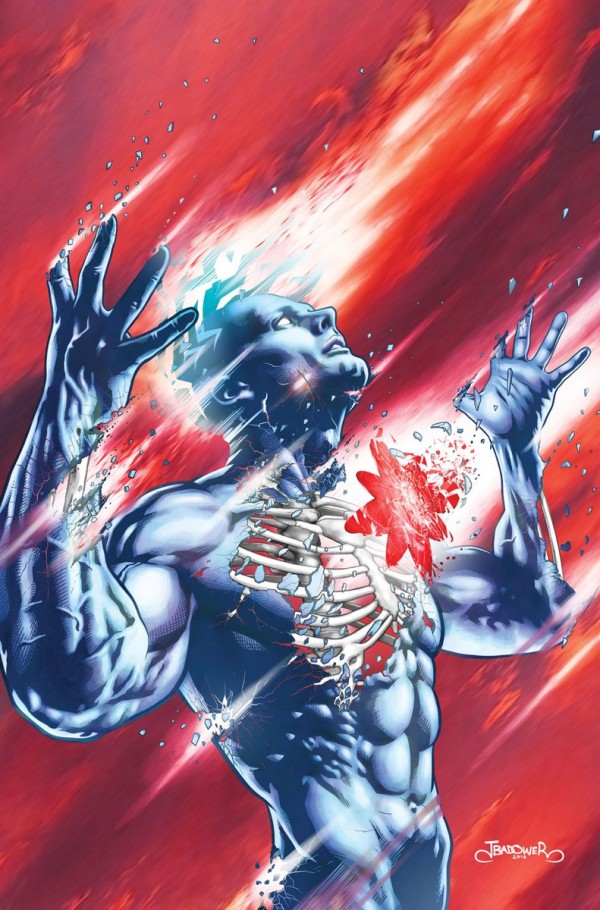 Writers Cary Bates and Greg Weisman have given us a wonderful insight into the eventuality of the Nuclear Man gone haywire. Captain Atom was the Charlton Comics mould for The Watchmen’s Dr. Manhattan, but it always struck me how dissimilar they were in temperament. Also, while the latter was America’s nuclear deterrent in The Watchmen, Captain Atom was always just an individual hero without the godlike potential. I’ve always wondered why Captain Atom’s miraculous side was never explored.

Will Conrad’s art is superb. It hits the right tone for the severity of such an opening issue. It is clear, bright and definitely presents the emotionality in its vibrancy that is needed. It’s definitely eye-catching.

Beginning a comic with the question: “Have I killed anyone today?” is such a powerful invitation. Bates and Weisman are talented writers and I have always been a fan of the stuff Bates did with Valiant in X-O Manowar.

The Fall and Rise of Captain Atom #1 is the Pick of the Week – and the last one for the year. I like recycling characters and it’s a decidedly difficult trick to find the right groove for an older character to fit. But the angle on this first issue is the correct one: take a being of immense power that has been accepted in the past, fill him with doubts, insecurity and vulnerability and set him loose in the world.

But there’s the streak of humanism in this godlike being that lends authenticity and acceptance to the character. Captain Nathaniel Adams is also plagued by a disorder that strikes so many returned or active-duty servicemen: PTSD. This mental condition is something that is often overlooked with those heroes who have served their nations and it is to Bates’ credit that he managed to make this a part of his story. Captain Atom is unable to control his powers partly because of an atomic instability in his matrix but it is also his feelings of inadequacy and “shell-shock” that also impede his control. How very similar to those returned veterans.

I especially love the fact that even the involvement of the Justice League, who have to fly to his rescue, are unable to lessen the danger he poses to the rest of the world. This also highlights the danger that Captain Atom poses to the world and how little anyone can help him. To me, this book is an irresistible attraction that I can’t ignore and the last panel just leaves me with more questions that I can’t wait to find the answers to in Issue #2.

Pick of the Week: The Fall and Rise of Captain Atom #1

… And that’s it for not just another week, but another year. It’s definitely been a sad one, to popular regard but hope springs eternal. It is my hope that we will find more magicians to take up the legacy of those magicians who went before them in 2017.

Maybe that new magic with make me feel younger? Join me in my new hope and rest in peace, Carrie Fisher.