Chatting with Cecil Baldwin about ‘Welcome to Night Vale’ Live

Share
Since my last review of the Welcome to Night Vale live shows, a lot of exciting things have taken place. Just recently (June 15th), WTNV celebrated its third year of airing bi-weekly podcast episodes virtually non-stop, including holidays.  A WTNV novel was announced that is scheduled to be released in the fall.  This year also marks the second season of live shows and, like last year, I was fortunate enough to catch the show.  Here is a (mostly!) spoiler-free review.

This season’s live show follows a similar format to both the podcast and the previous season.  The run time is about the same, roughly 90 minutes depending on which actors are available, and includes a pre-show musical performance and “weather” three-quarters of the way through.  And once again, regardless of where you are sitting in the theater you won’t get away with being a passive audience member.

The cast of characters is still the same, as are the actors.  A noticeable difference this year is that the actors each had an opportunity to show their extensive ranges of abilities. Since the series is in its third year, the live show was a great opportunity to flesh out the characters.   In the live show we learn that Carlos (Dylan Marron), who thus far has been written as a typical nerdy scientist, is also enamored with theater.  I certainly didn’t know that Dylan could do so many impressions and voices, all of which were starkly different from each other and equally hilarious.

Another addition that I enjoyed was Symphony Sander’s portrayal of Tameka Flynn, a 14-year-old who led a massive rebellion and carries the severed head of a monster around her neck.  Until now Tameka Flynn’s role has been primarily that of a impassioned revolutionary leader, but in this show her focus is more on the books from which her passion stems.  If someone was unaware that the entire cast consists of adults, it would be easy to assume that Tameka is actually played by a teenage girl. Ms. Sanders is able to show both aspects of Tameka’s personality with the same excitement which, again, shows the enormous range of abilities the actors have.

This year, rather than focusing on those attending the show, I wanted to hear from the actors themselves.  Cecil Baldwin answered a few quick questions about this year’s show compared to last year, including some differences between the European shows and the U.S. shows. 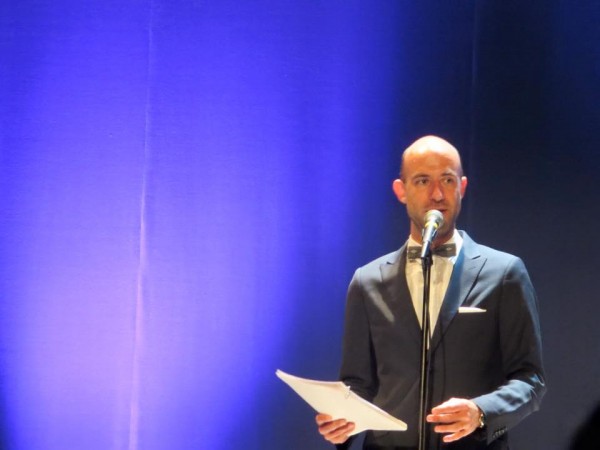 Cecil Baldwin: The new live show, called “The Investigators,” takes a lot of the lessons we learned in the last year and goes further with them. We are touring with Jon Bernstein, aka Disparition, performing a live underscore for the show. He’s an amazing musician and it’s such a boon having him be the ears for our show. Also, we learned last year that the parts where the audience had a chance to participate in the show, and where I get to directly interact with the audience, were some of the most fun, so we’ve found more ways to make this a truly live experience. How? You’ll just have to come and see!

What do you most enjoy and least enjoy about doing the live shows?

CB: I love getting to travel with amazingly talented and warm actors and musicians. I am so blessed to work with these people, from the guest stars who may only be with us for a show or two, to people like Dylan and Symphony and Meg who do every show.  Least favorite thing about touring: the schedule is rigorous and exhausting. We’re an independent operation—every day and every dollar counts. So we try to hit as many cities as possible in a short amount of time, which doesn’t leave much room for days off for relaxing, sightseeing, etc. Also it’s tough being away from home for so long. You find yourself missing the creature comforts of being in your own neighborhood, your own home.  Another difficulty with touring is just the amount of psychic energy it takes to stand up in front of a crowd of strangers and entertain them for 90 minutes. It’s a blast and my absolute love, but it is also very draining. When I walk off stage, all I want to do is curl up in bed in my underwear with some ice cream and watch brainless TV.

Which do you prefer doing, the podcast or the live shows?

CB: Making the podcast is very intimate for me. I work without a director or sound engineer, so it’s just me figuring out how to best interpret the scripts—reading, recording, listening, re-recording, listening, pacing around the room, re-recording, etc. It is extremely freeing in that I get to make acting choices that are interesting to me, choices about what parts of the material to showcase and which can be downplayed. Character voices. The “mood” of a section or episode, for lack of a better term. And then I send it out to the world and hope I don’t sound bats**t crazy.

The live shows are completely different. There’s no denying the truth of the moment in a live performance. If an audience member is hesitant to interact in those audience participation moments, I have to acknowledge that, find a way to connect to them on a human level, and (hopefully) get the show back on track. Being a Neo-Futurist helps with that, as the Neo-Futurist aesthetic is that of total honesty on stage. Meg, Dylan, Jeffrey, Flor de Liz, Desiree, Kate, Kevin… all of them have worked for the same company, so we all understand how to be simultaneously entertaining and grounded, truthfully, on stage. Also, strange to say it, but being a down-and-out waiter for so many years helps as well. It helped me think on my feet, checking in to see how the people you’re serving (the audience) is doing.

Are there differences between the U.S. shows and the shows in Europe?

CB: Honestly, there’s no hard and fast rule to how audiences will react to the show. You have to ride the wave and hope for the best. The first time we went to a country where English was not necessarily the primary language was Montreal, and it was fine. Then, later that year we performed in Stockholm and they seemed more into the show than ever. The crowd at Union Chapel in London (where we are returning to in September) was unreal… over a thousand people cheering and stomping their feet in this huge, centuries-old wooden church just gave me goosebumps. And then Edinburgh was one of the most quiet, timid audiences I’ve ever seen… there’s just no telling, so you do is take in what the audience is giving you and stay dedicated to performing the material as honestly as you can.

The size and shape of the theatre have a lot to do with the feel of a show as well.  Is it a performing arts center, or a rock bar, or a community theatre, a comedy club, a church? Is it dark in the audience, or can they see each other? Can I see them? It all goes to shape how a Night Vale show will be. When it comes to love of the story and characters… every audience, across the world, has loved the live show.

Want tickets to a live show?  Check out Commonplace Books to view and book tour dates.

Also!  This month you can see multiple cast members in a special LGBT pride edition of the New York Neo-Futurist show, Too Much Light Makes The Baby Go Blind…. 30 Queer Plays in 60 Straight Minutes at the Kraine Theater in New York.  All proceeds go to fund the Ali Forney Center to support LGBT youth.

Also also!  Check out Jeffery Cranor (writer/producer of WTNV), Cecil and Dylan at GeekyCon in Orlando on July 30th-August 2nd.

And pre-order your copies of the upcoming Night Vale novel!

Welcome to Night Vale: A Novel 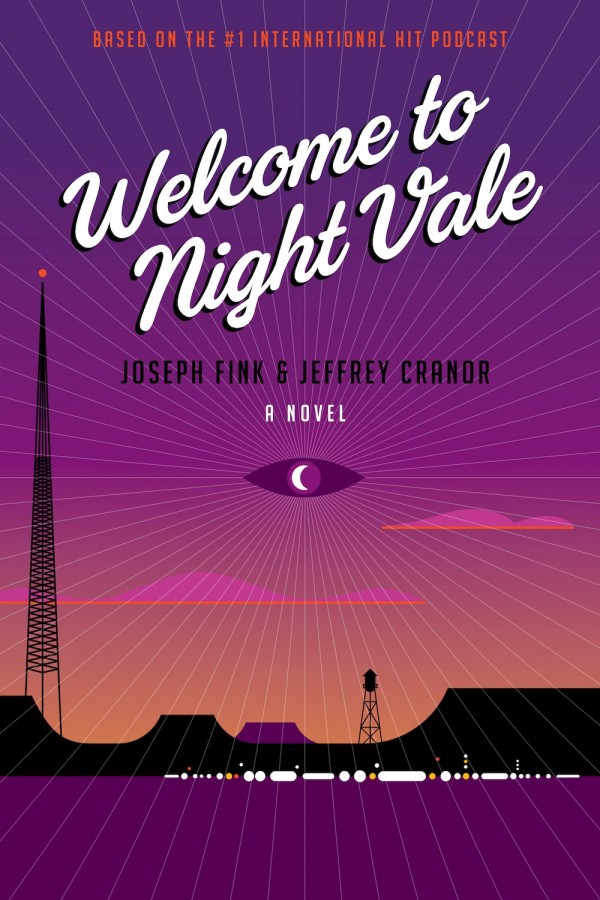