REVIEW: “When Did Everybody Else Get So Old?” shines with humor, hope

“The unexamined life is not worth living”  -Socrates

I have never been a regular journal writer, but when I was a young teen I started a notebook and jotted down random thoughts, quotes I liked, or the occasional paragraph or two about an event or emotion I was trying to parse out. These migrated to electronic form over time and I still have all of them except for the very first notebook. I lost it when it was nearly full – a small red spiral notebook with Snoopy on the cover (what can I say, it was the early 80s and I was a young teen). I took that loss very hard and my mother, in an effort to console me, bought me an odd little book that was very popular at the time entitled Notes on Love and Courage by Hugh Prather.

Nearly twenty years later, this style of introspective, personal journal-style of writing would be parodied on Saturday Night Live in Jack Handey’s “Deep Thoughts” sketches, but I loved that little book and others like it. I haven’t picked up a book like that in a long time, though, so reading Jennifer Grant’s When Did Everybody Else Get So Old? was the literary equivalent to revisiting an old favorite park from childhood. Grant’s style has a more narrative storytelling nature, but the candid examination of her life in full view of the reader is the same as in Prather’s books.

The most important thing about these types of books is that they remind us that no matter what the external appearance, nearly all of us spend a great deal of time wandering around lost internally, wondering if we are doing the right things, making the right decisions, etc. Grant describes, in story after story, of looking at friends/acquaintances and feeling that she herself ought to be that put together, in control, and successful. But she later finds out the appearances are often masking much harsher intrinsic realities, causing her to re-evaluate her own life in a more positive light. Grant’s stories are valuable for their internal honesty and the reminder that we are far from alone in our confusion and uncertainty. 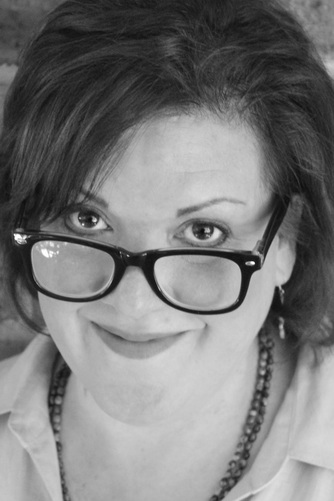 But Grant also adds a dose of self-deprecating humor to her writing that disarms the kind of cynical skepticism that devolved Hugh Prather’s genre into an SNL parody. My favorite example of this is when she is describing her job as a writer. One aspect of her profession is that she often writes endorsements of other books.  Because she so enjoys the buzz of seeing her name on other people’s book covers, she has christened herself as a “blurb slut.”  I was laughing out loud while reading her analysis, and could easily image her penning a little comedy play sketch entitled “The Blurb Slut,” along the lines of Woody Allen’s “The Whore of Mensa.”  Grant has a wonderful talent for humor writing.

The most carefully written pieces of When Did Everybody Else Get So Old? revolve around Grant’s thoughts on God. Religion is a very divisive issue, but she handles the topic with more skill and grace than I have seen in a long time. The core of her treatment of the subject can be summed up by the C.S. Lewis quote she includes in one of her stories: “My idea of God is not a divine idea. It has to be shattered time after time.”  This is true whether you are a devout believer of a particular faith or if you think that any religious practice is the computing equivalent of sending commands to /dev/null. Within this framework of humility, Grant’s writings about God complete the inner picture of a real woman in mid-life, simply trying to find some semblance of equilibrium and meaning.

Andrea is a consultant and technical writer for various scientific software and instrumentation companies. She has a Ph.D. in chemistry from Berkeley and has never met a genre of music or books that she hasn’t liked. As a gamer since the days of the Apple II, Andrea can relate any number of hair-raising tales about role-playing games stored on 360 kB 5.25” floppy disks and may, someday, put them to paper.
Copyright © Pop Mythology 2023, All Rights Reserved