Geek culture is no longer fringe so why should geek music have to be?

Join us in supporting indie geek musicians by voting for them in Searchlight, an online competition being held by CBC Radio (the Canadian Broadcasting Corporation) to discover Canada’s hottest new musical talents.

Are we Canadian? Well, one of us is—our erudite comic writer Captain John Kirk. He introduced us to the band Debs & Errol with whom we’ve been having a wonderful relationship ever since. And that’s more than reason enough for us!

If supporting the cause of geek art and culture isn’t enough motivation for you, how’s this? FREE STUFF! Woo-hoo!

Not only is CBC itself giving away random prizes to voters, Debs & Errol and their geek compadres will also be giving away physical and mp3 copies of their albums in their own #VoteGeek contest. Here’s what you can win:

How to Enter the #VoteGeek Contest

Here are the quick and easy steps:

1. Vote for each band below using the provided hyperlinks. 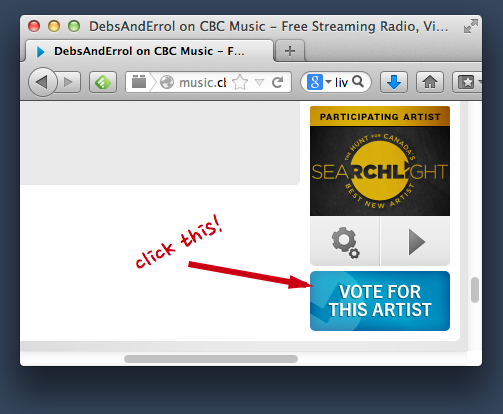 • You can vote for each band once a day and share/tweet as often as you want.

• The winners will be selected using a combination of voting and influence, meaning Errol is going to keep track of how often you share/tweet and how much your tweets get retweeted.  (This will keep him very busy but it’s okay, he doesn’t do anything else at his job anyway except take pictures of food and Totoro dolls.)

• The more you vote, share and tweet the more chances you have to win those awesome albums.

Geeks of the world, unite and take over! 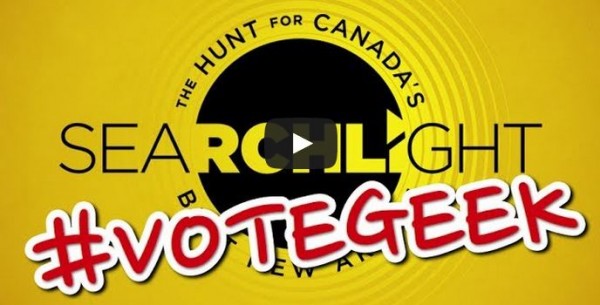