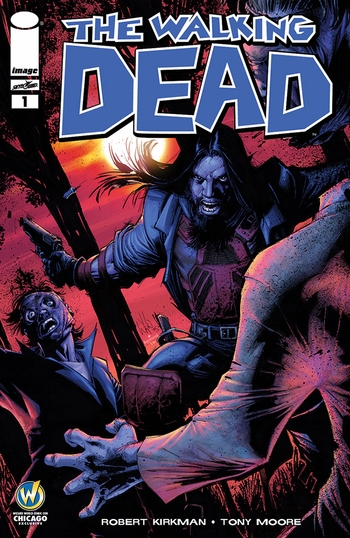 The exclusive The Walking Dead #1 edition will be produced in extremely limited quantities and is available at registration to fans at the Donald E. Stephens Convention Center only while supplies last. VIP attendees will receive an additional black & white sketch version of the comic.

Portacio has been in the business for 30 years. He started as an inker on Alien Legion and Art Adams’ Longshot in 1984 before launching his career as a penciler. He has been a leading comic book talent ever since his big break on Marvel titles Punisher, X-Factor and Uncanny X-Men in the early ‘90s. Portacio was also one of the seven founders of Image Comics. He created Wetworks for Image.

The artists for future books will be announced as they are selected. A similar series in 2013 featuring exclusives of The Walking Dead #1 proved to be wildly popular with fans. The full schedule of 2015-16 Wizard World shows is available at http://www.wizardworld.com/wizcon.html.