The movie adaptation of Anne Rice's 'Christ the Lord: Out of Egypt' covers all the major theological events in the book and is filled with competent acting and directing. But it lacks the sumptuous sensory experience that Rice's beautiful prose brings to the book. Still, the movie touches upon many points both humanistic and religious and would make a good film for families to see together. 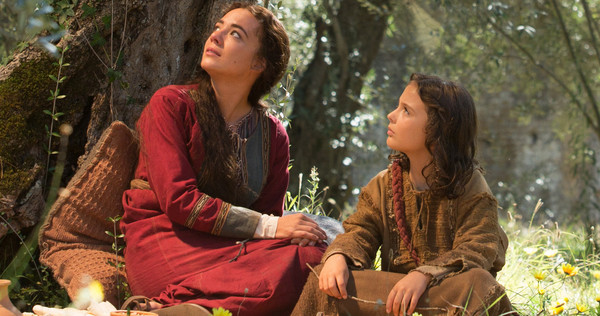 The Young Messiah film is based on the first book of Anne Rice’s spiritual testament, the Christ the Lord series. In 2011, Cyrus Nowrasteh, who is best known for his involvement in the controversial film The Path to 911 bought the rights to Rice’s book and co-wrote the screenplay with his wife.

On this site we have previously discussed both the book series and the specific book that The Young Messiah is adapted from, Christ the Lord: Out of Egypt, which we consider to be a modern classic of spiritual literature (see review). As in the book, the film covers an imagined year in the life of a 7-year-old Jesus. The primary events of the story are the family’s return to Nazareth from Egypt and a visit to the temple in Jerusalem at Passover.

I must first admit to a terrible bias for books over movie adaptations and everything I say must be taken with that context in mind. This is not an intellectually based bias as I believe there is just as much artistry and skill involved in filmmaking as there is in book writing. But I personally find many of the things that must be done to give a film visual depth and impact on a two-dimensional screen – e.g. camera angles, panning and other movements – disconcerting and difficult to process. I also dislike the typically rapid pacing required to fit the complete story of a novel within a maximum two-hour time slot and find it somewhat jarring.

So it should come as no surprise that I did not enjoy this film anywhere near as much as I enjoyed the book. It was not a graphic, action-based film, so I did not find it agitating as I do many Hollywood films. But I dearly missed Rice’s beautiful prose which, in the books, surround the story and pull it away from the ordinary.

The best way I can describe this effect is with regards to the setting. The movie was not filmed in the Middle East, but in Southern Italy, where I have family that I have visited. The landscape there in the summer is very dry and much of the untended land in the hills turns golden brown. For those of you familiar with California in the summer, it is similar. It is easy to find, at quick glance, such landscape monotonous and unremarkable. But if you go for a walk, as I have been fortunate enough to do so, with someone willing to tell you stories of the land, point out interesting plants, take you to the places with historical ruins, everything becomes illuminated and magical. This is what Rice’s writing brings to the story and the setting of Christ the Lord: Out of Egypt, which is missing in the film. In particular, the cinematography of such a setting, while it may be historically accurate, could not compare to the effervescence of Rice’s lyrical descriptions. 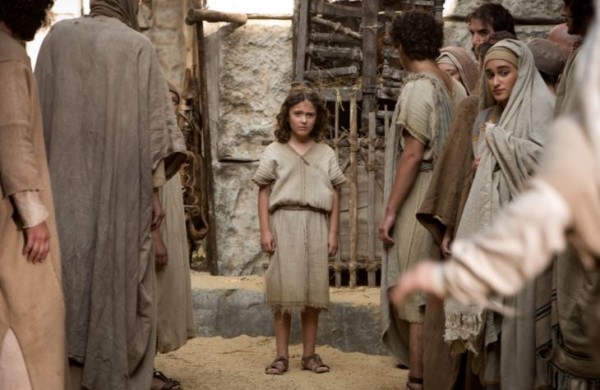 The acting, however, was reasonable and competent and, even though the actors were not household names, all were well-chosen and suited for their roles.  The young Jesus in particular, Adam Greaves-Neal, was agreeably soft-spoken and introspective. I do not know the full historical perspective, but it felt like Herod’s madness and evil was a bit overplayed, but he was the only character that seemed out of place. This story was much more about finding inner goodness in humanity and did not really need such a villain.

Another thing I would also say about this film is that seeing it together with a grade school-aged child could be a good way to begin a dialogue. It doesn’t have to be about Christianity per se; there are many rich conversations about humanistic principles embedded within. And while some violence is touched upon, it is of quite mild character, making the movie a potential family choice for the Lenten season whereas the extreme harshness of a film like The Last Temptation of Christ, for example, would be inappropriate.

The movie does cover all the major theological events in the book, including a very poignant moment where the matriarch of the family offers kindness to a Roman soldier who is interrogating the family to uncover potential Hebrew rebels. This is a wonderful example about how “turning the other cheek,” rather than responding to hostilities in kind, can often diffuse a situation and prevent escalations of violence. These and other incidents in the film can provide wonderful teaching moments for families that go to see it together. But if you are an adult, I would hope that a viewing of the film leads you to reach for the book, which I enthusiastically recommend. And if it were a matter of choosing between book and film, I would personally recommend the book over the film.

The movie adaptation of Anne Rice's 'Christ the Lord: Out of Egypt' covers all the major theological events in the book and is filled with competent acting and directing. But it lacks the sumptuous sensory experience that Rice's beautiful prose brings to the book. Still, the movie touches upon many points both humanistic and religious and would make a good film for families to see together.
Facebook Comments